Others however, take 18 years to write 5 books and are less well known so you might not have come across Rennie Airth. 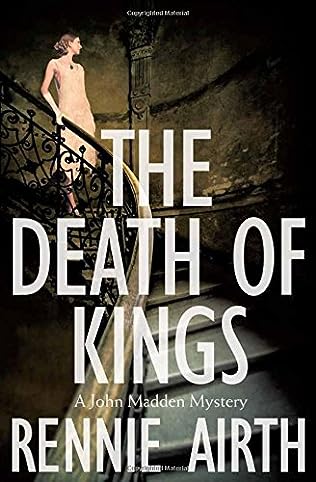 The first novel in his Inspector John Madden series, River of Darkness was published in 1999. In this 5th novel,The Death of Kings,although happily retired from the police force, John Madden is persuaded to investigate the case afresh.

On a hot summer day in 1938, a beautiful actress is murdered on the grand Kent estate of Sir Jack Jessup, close friend of the Prince of Wales. The arrest of an ex-convict and his subsequent confession swiftly bring the case to a close, but in 1949, the reappearance of a jade necklace raises questions about the murder. Was the man convicted and executed the decade before truly guilty?

Well written, best to start with the first to find out about the characters.


The January Man by Christopher Somerville is a book of walks in Britain that started by sending me on a google hunt to find out about the song which gave the Author the idea. 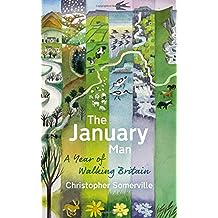 The walks are inspired by the song. Month by month, season by season and region by region Somerville walks routes that remind him of his childhood and his father.
Starting in the winter floodlands of the River Severn in January and taking him far north to the Island of Foula in the Shetland Isles, St Cuthberts Way in Northumberland and east to The Norfolk coast in October. He describes the history, wildlife, landscapes and people he meets or remembers.

These two and others read recently have been added to my 2017 Books Read list.


Posted by Sue in Suffolk at 07:08
Email ThisBlogThis!Share to TwitterShare to FacebookShare to Pinterest
Labels: Book Reviews