I biked the six mile loop again and took the camera to capture some of the old houses and buildings that were once pubs or forges.

Once a forge, now just a building used for storage. This part of the village is called Blacksmiths Green. 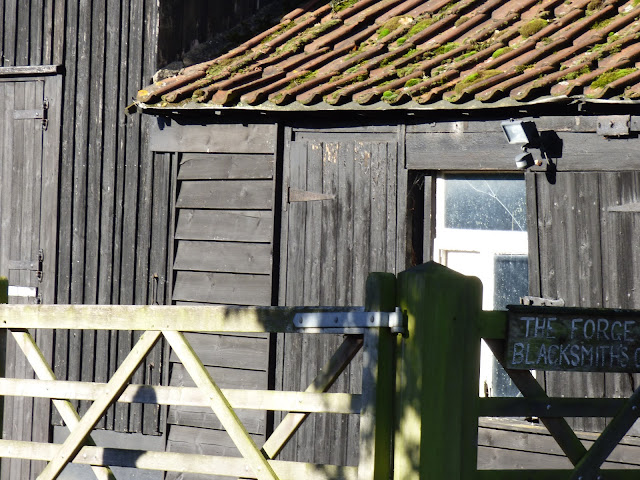 This house below was once a pub, right up to the 1970s. Colin could remember going there in his teens.

It was called The White Horse but known by everyone as The Cat and Mouse. A Pub with no bar, the landlady would fetch the beer from a barrel in the back room 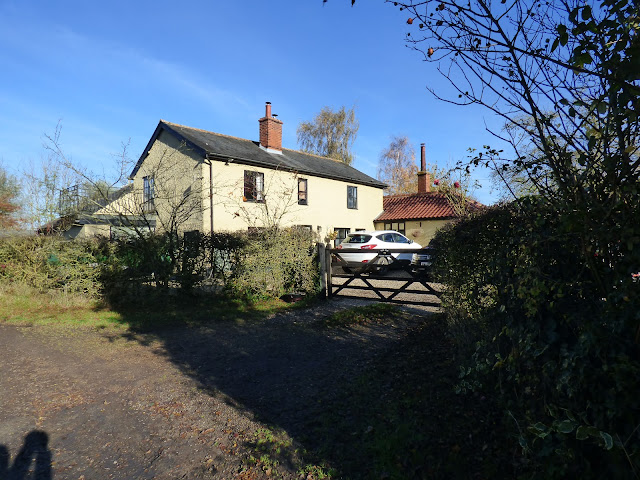 A House with attached building called The Old Forge 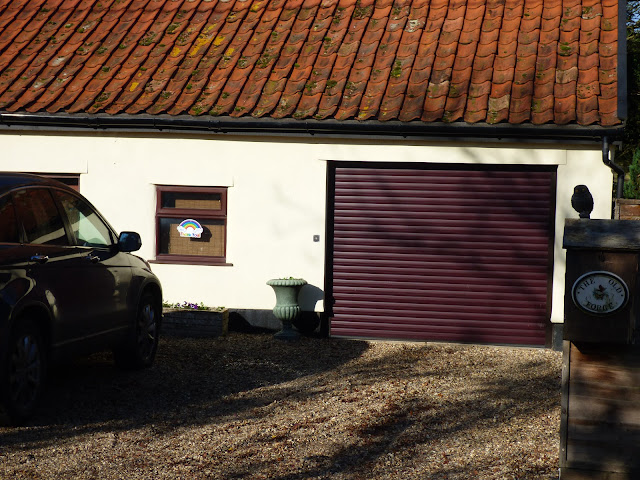 This House below is called The Trowel and Hammer. Once a pub but closed even before the Cat and Mouse. 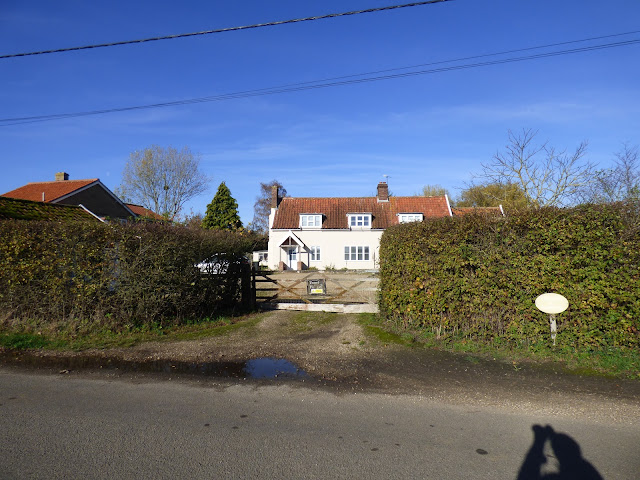 Below and a couple of miles away from the house above is a pair of cottages , called Old Trowel Cottages. This was a pub way, way back in history. 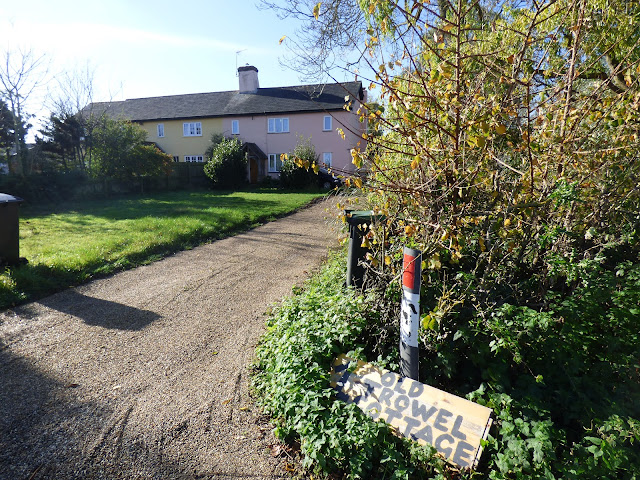 And finally in the oldest bit of the village, close to the church is another house called The Old Forge. 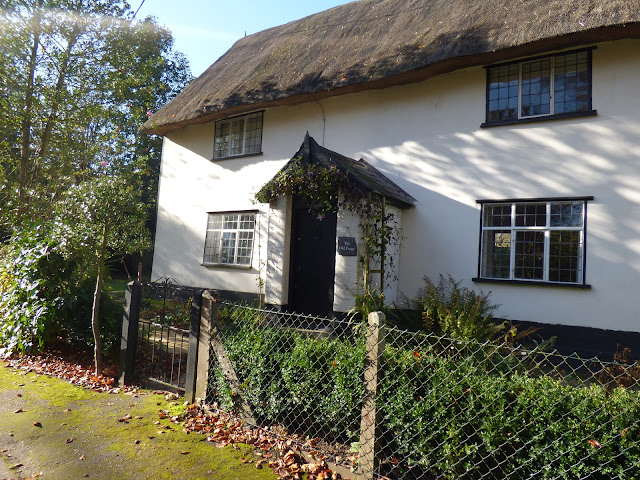 Somewhere in this bit of the village there would have been another pub and I wasn't sure exactly which house it was. But after looking in the book about the village that was put together several years ago and then added to in the 1980's it seems the house above was a pub and still has a cellar but was later renamed the Old Forge. 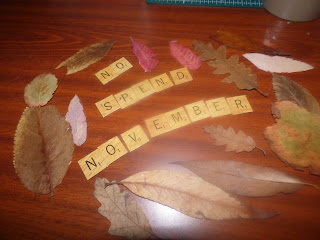 (And if you were watching Antiques Road Trip yesterday afternoon you should have picked up a clue to where I went a few weeks ago and the mystery thing I bought which represents a letter in the Ogham Tree Alphabet.......................I'll write about it one day next week.)

Posted by Sue in Suffolk at 07:00
Email ThisBlogThis!Share to TwitterShare to FacebookShare to Pinterest
Labels: No Spend November, On My Bike