Now this is the bloke who really should be Patron Saint of England! He has a far greater claim to English fame than St George.

In fact he actually was the first Patron Saint of England until 1348 when Edward III replaced him with St George.

From my book "A Calendar of Saints" 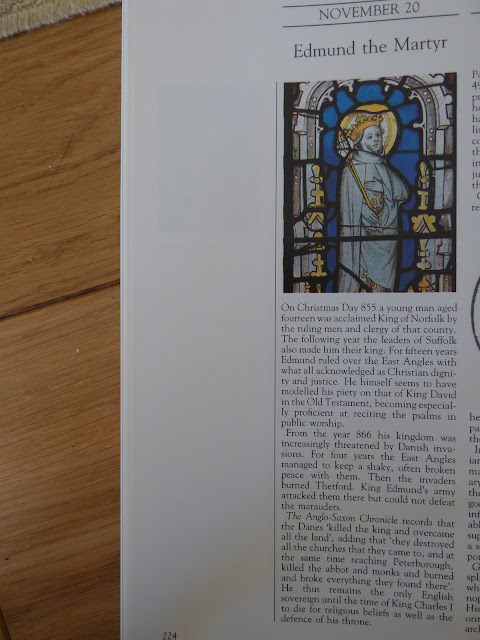 Born on Christmas Day 841 AD, Edmund succeeded to the throne of East Anglia in 856. Brought up as a Christian, he fought alongside King Alfred of Wessex against the pagan Viking and Norse invaders (the Great Heathen Army) until 869/70 when his forces were defeated and Edmund was captured by the Vikings. He was ordered to renounce his faith and share power with the pagan Vikings, but he refused 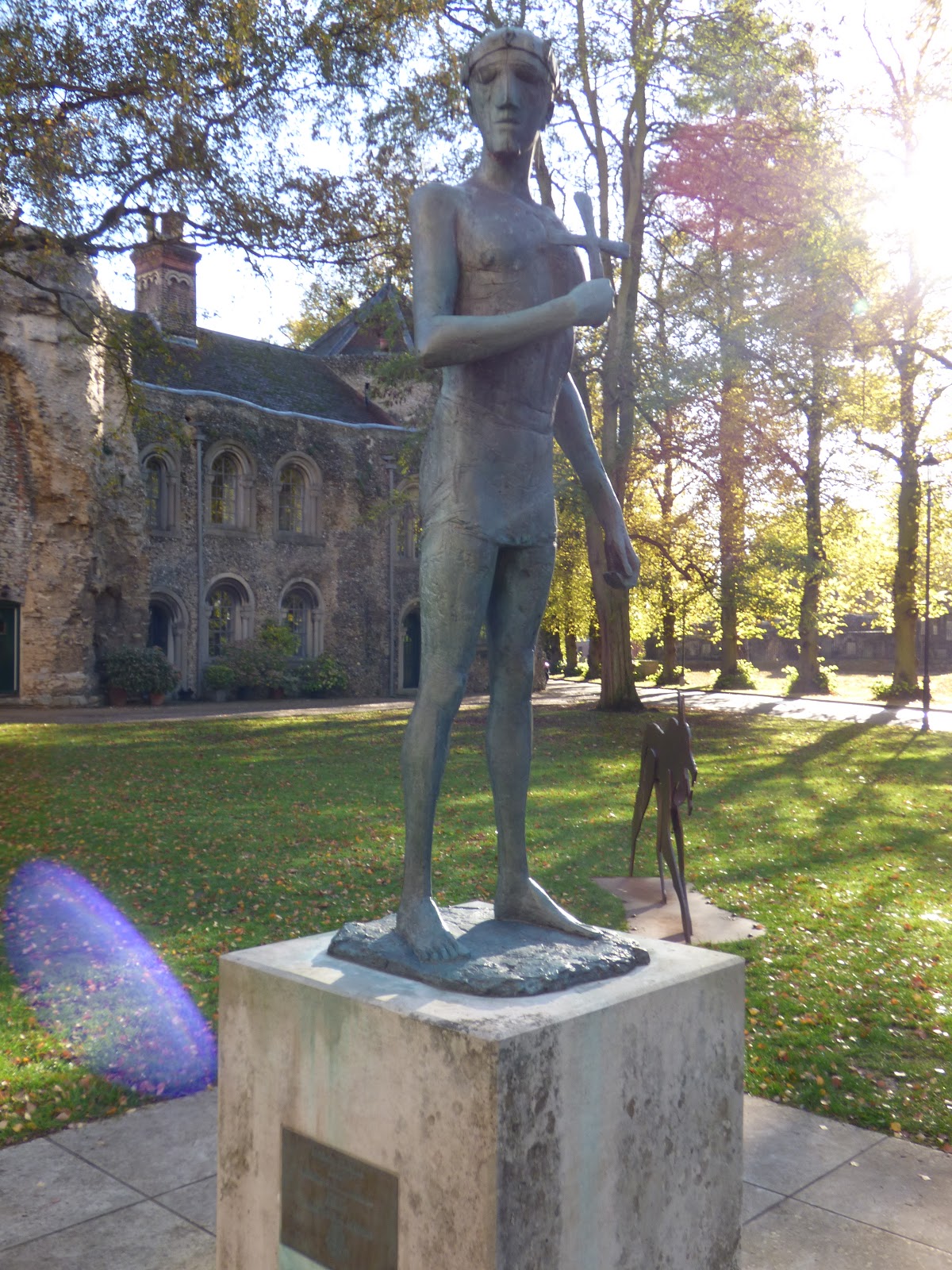 And here at HOXNE CHURCH

According to the 10th century account of the saint’s life by Abbo of Fleury, who quotes St Dunstan as his source, Edmund was then bound to a tree, shot through by arrows and beheaded. The date was 20th November. His decapitated head is said to have been reunited with its body with the help of a talking wolf who protected the head and then called out “Hic, Hic, Hic” (“Here, Here, Here”) to alert Edmund’s followers. In 2013 another campaign was launched to reinstate St Edmund as patron saint. This was the ‘St Edmund for England’ e-petition, backed by the Bury St Edmunds based brewery, Greene King.

This tongue-in-cheek yet serious campaign questioned whether St George, patron saint of 16 other countries, ever even visited England. It suggested he should be replaced by an Englishman, and who better than the Anglo-Saxon martyr-king St Edmund.

Radio Suffolk also had a go at putting him forward for a "more English" English patron saint but still we are stuck with St George.

Posted by Sue in Suffolk at 07:00
Email ThisBlogThis!Share to TwitterShare to FacebookShare to Pinterest
Labels: Moving House, Saint's Days