A Not Very Old Book and A New Book 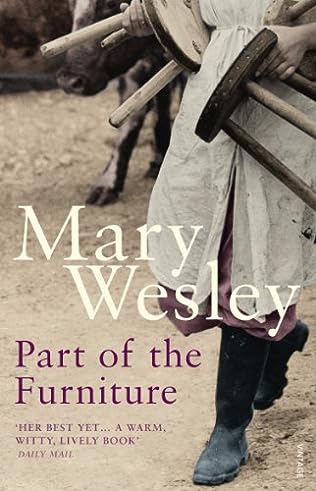 First the not very old - actually only 1997 - Mary Wesley's "Part of the Furniture".

Juno Marlowe is an innocent 17 year old unwanted by  her mother and disliked by her Aunt. She has spent most of her time hanging around the neighbouring farms, worshiping two older boys........... although they usually fob her off to the farm-workers or game keeper. In 1939 they persuade her to see them off in London when they go to join the war effort. Not wanting to join up as virgins they use her without her even realising that it was virtually rape.

Juno doesn't want to follow her mother and her new husband to Canada so  waits in London for a refund for her boat ticket. Caught in an air-raid she is hauled in off the street by a very ill man who dies during the night after writing a letter to his father and asking her to deliver it. With the money from her refund and nowhere else to go she takes a train to Cornwall to deliver the letter. Here, because of her knowledge of farming - milking cows firstly - she is made welcome by Robert the farmer and his housekeeper Ann. At last she isn't just part of the furniture. There is much more to the story than that but I don't want to do a spoiler for people who've not read it.

Reading through what I've just written it sounds like far-fetched rubbish! But Mary Wesley doesn't write rubbish as I've only recently discovered. An interesting author who I knew nothing about until reading "The Camomile Lawn" last month. Her first novel was published when she was aged 70 and she then went on to write 10 best selling novels. After a strange upper-class childhood she married twice and was awarded the CBE. There is a good obituary of her HERE.


The new book was by Ann Cleeves. The 8th and latest in her crime series featuring Vera Stanhope. Of course now this series has been made into TV programmes starring Brenda Blethyn it's impossible to read the book without seeing Ms Blethyn in the roll. 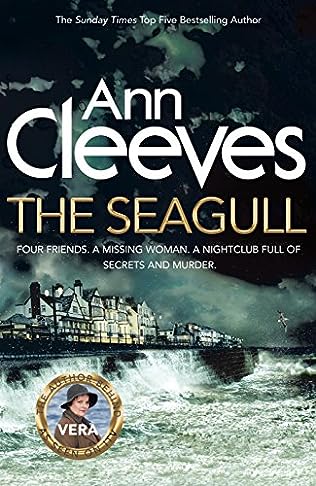 Set as usual in the North East of England, mostly in Whitely Bay this time.Vera visits the prison where a corrupt ex-policeman offers her information about a cold case involving  a missing man if she looks out for his daughter and grandchildren. Unfortunately for Vera the people involved were all friends of Hector, her late father, and uncovering the mystery of two bodies, a missing woman and the man now responsible for the regeneration project- who once ran a club called The Seagull- may lead her to things she would rather not know about.

It's quite a complicated book with lots of characters, I shall be interested to see how they shorten and change it when it's made for TV.

Two completely different books, both good in their own way.

Thank you for comments yesterday and I think follower numbers are up again so hello and welcome.