Where We Once Lived

Last Saturday there was a garage sale event in the village where we lived in the 80's, it's only a couple of miles away so we went to have a look.
We were expecting about 30 houses in the village to have sales but there were only a dozen so it didn't take long to look round. I got a couple of things for grandchildren for £2.20 ( I think Jacob will love that lift out shape puzzle) Book and cars for Florence - she's 1 next week -good grief! 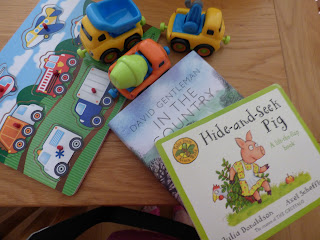 and a box of  3½ dozen new small jars - with lids for £2. Col said they might come in handy for miniature portions of marmalade, I think they would sell well somewhere else! The David Gentleman book for £1 which will go in my next Ziffit box as it's worth nearly £4 to them.

I took a couple of photos of the places we lived, everywhere looks a bit untidy and run-down now, even the village sign needs a coat of paint. 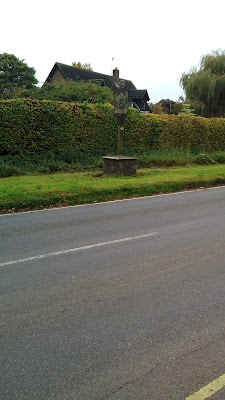 This is where we lived between 1980 and 83. There was quite a community of mums with young children who used to play on this area. The houses were built in the 70s so were fairly new then. Now the whole road just looks very tatty. 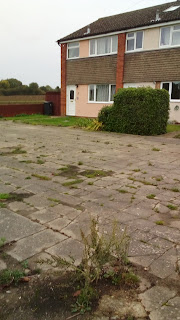 Between 1983 and 1986 we lived in the next village where we renovated an old house before moving back to this bungalow at the end of a close, where we stayed for five years between 1986 and 1991. Cars parked everywhere and new houses squashed into small spaces is the overall impression of the village. 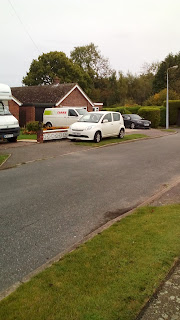 What was strange was how many people we saw who still live in the same houses they lived in back then whereas we've been right across to the Suffolk coast for 23 years and then back again. I'm so glad we didn't stay in the village and wouldn't want to live there now, much too busy!

Thanks for comments and thoughts on the frugal bits of September in yesterdays post.

Posted by Sue in Suffolk at 06:00
Email ThisBlogThis!Share to TwitterShare to FacebookShare to Pinterest
Labels: Memories, Our Story