Why, I wondered, is Holly the tree representing the 8th Lunar month  when it's traditionally thought of as a tree connected with winter and  it's now mid summer? 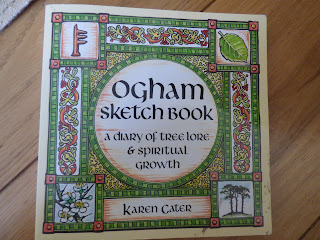 explains it all...........the two brothers who fight for dominance and the Holly King taking over from now until Yule. 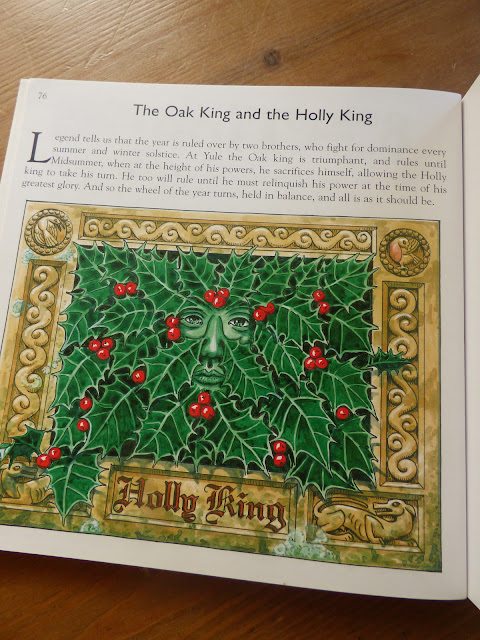 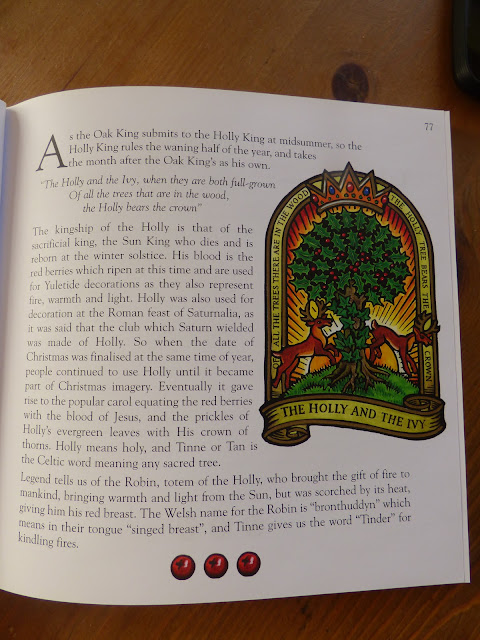 I cycled along the lanes to take a photo of one of the big Hollies, there are three down this road, one of which is where I can reach to cut a little each December. 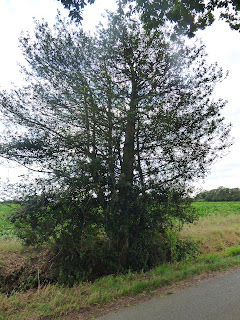 Not easy to see that it is a Holly from a distance but Yes it really is...........with many berries forming. 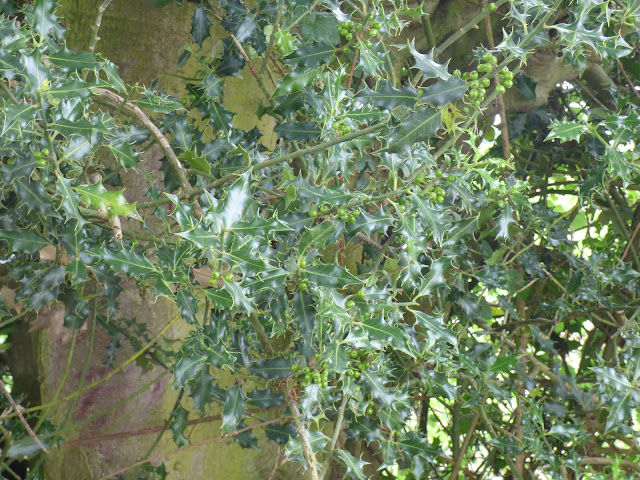 The Holly represents the letter T as well as the number 8 in the Ogham Alphabet and planted near a house was thought to protect from storms, lightening and fire. Superstition says no witch could cross a threshold made of Holly wood.

A decoction made from Holly leaves was  once used to induce sweating and to treat coughs but the berries should never be ingested as they are a strong purgative, although they were once dried, powdered and used to stop external bleeding.

We planted two baby Hollies on the meadow, they are still less than two feet tall - very slow growing which means the trees down the road must be quite old.


(Thanks to everyone for answering the milk powder in bread makers question. I've added it without really thinking about why - especially as it's such a small amount - how can it make much difference? I shall now do some experiments)

Back Tomorrow
Sue
Posted by Sue in Suffolk at 07:00
Email ThisBlogThis!Share to TwitterShare to FacebookShare to Pinterest
Labels: Ogham Tree Alphabet