Up the Lane Then and Now

It's been a while since I took photos of the track where I live - at the end of a Suffolk lane.

Thought I'd compare to older photos

Standing on the road looking up the lane

May 2017, two months after moving in and  we'd just had the lane re-surfaced - it was in a very bad state and had had nothing done to it for several years. We shared the cost with one out of the 4 houses because one house was empty and the other people had just put their house on the market. 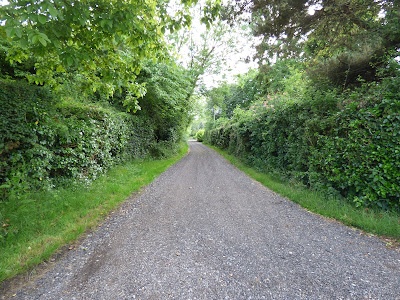 Not much difference in June 2020, grass is growing up the middle - pot holes have been filled in again since that first photo, all 4 houses sharing the cost this time. It gets in pretty bad condition each winter as the trees drip, holes are formed, which fill with water, which loosens more stones. Cars go up and down through the puddles, loose stone is pushed out and Hey Presto A Pothole! 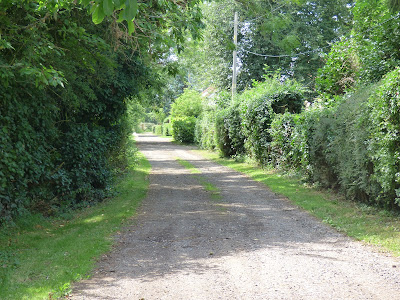 3 photos from Summer 2017 and  November 2018 the land opposite next door but one house, was covered with Golden Rod etc and Meadowsweet 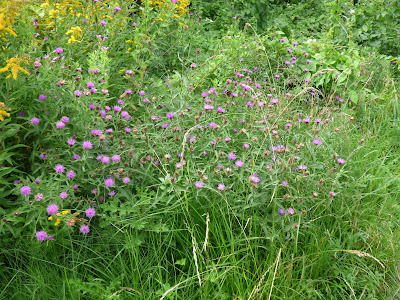 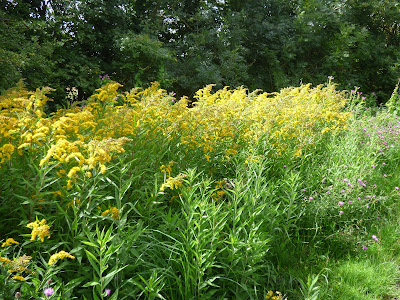 The old pump base was hidden in a tangle 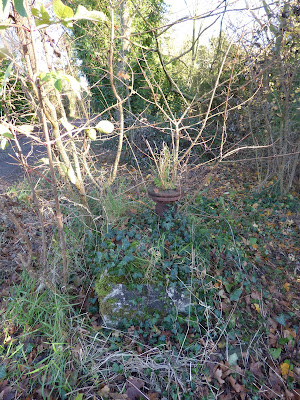 Now 2020 it's been cleared, leveled, tidied, grassed over and Rob has planted some Lime trees 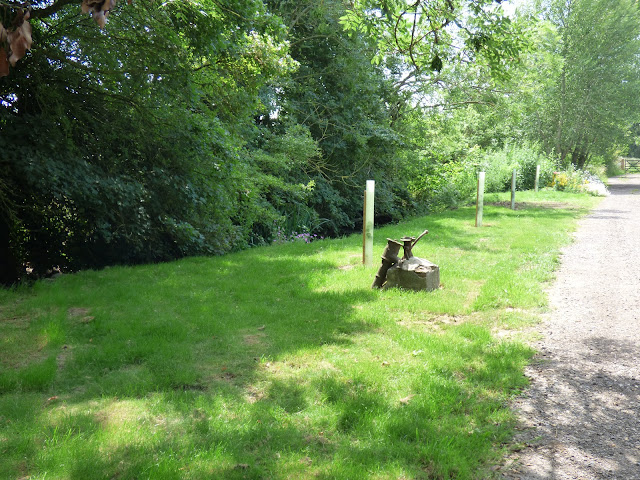 (I know which I preferred!)

The bit opposite their house was cleared and newly planted by the new neighbours who moved in during 2018. She'd already reorganised all her own garden and spread out onto the lane....... this is what she started off with in 2019. 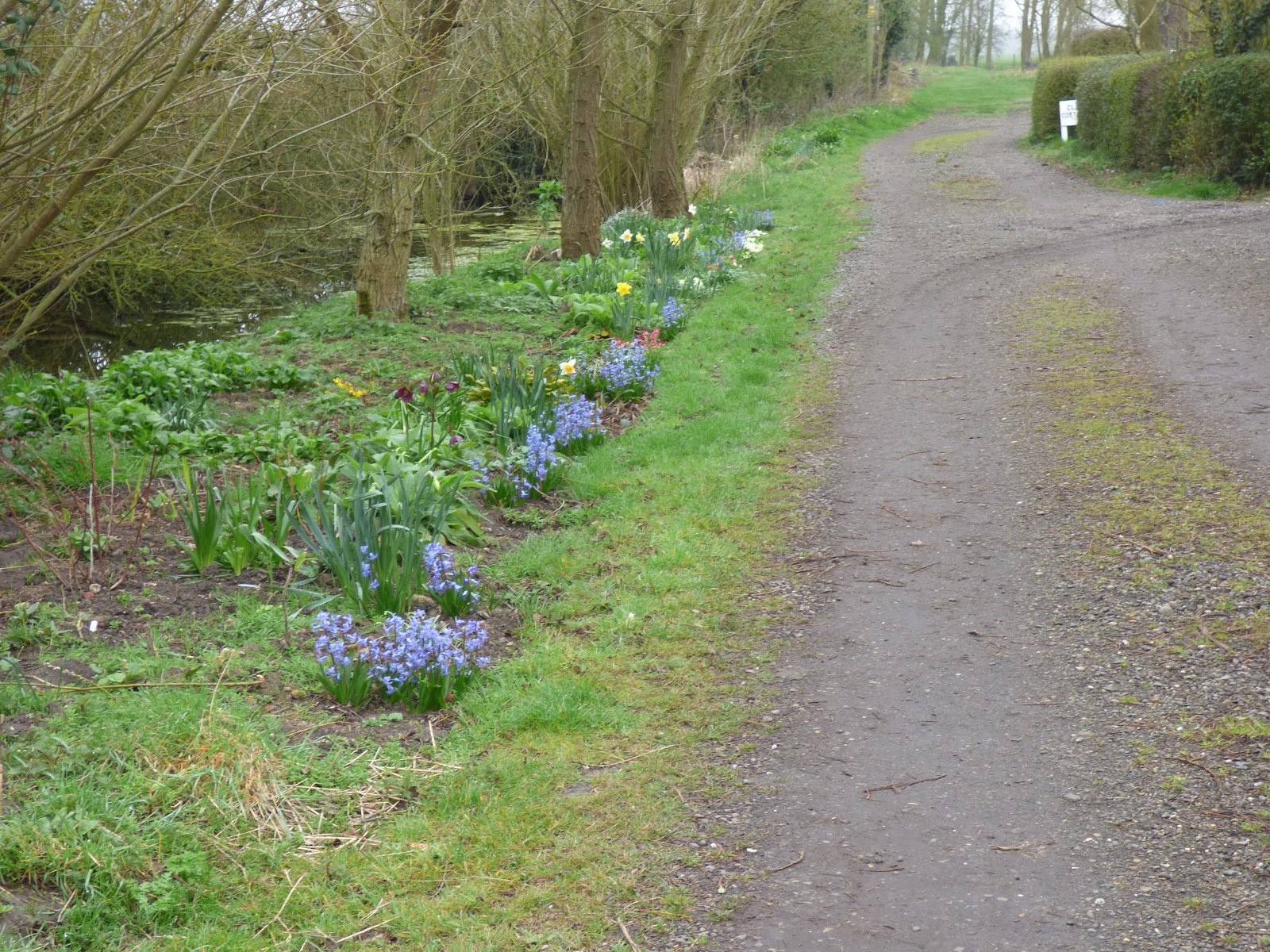 And this year June 2020. It takes her days each spring to weed and tidy 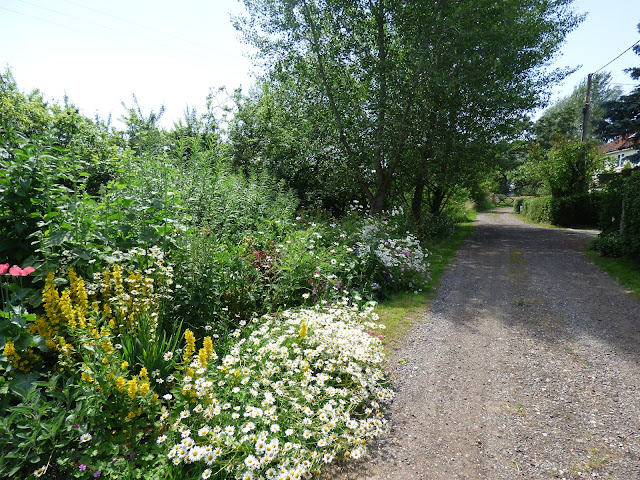 but at least there is lots of stuff for birds, bees and butterflies - unlike Robs' plain flat grass.

Below June 2020 Opposite my house between track and ditch I've left it wild! It's only a narrow strip, can't see any point in clearing it. 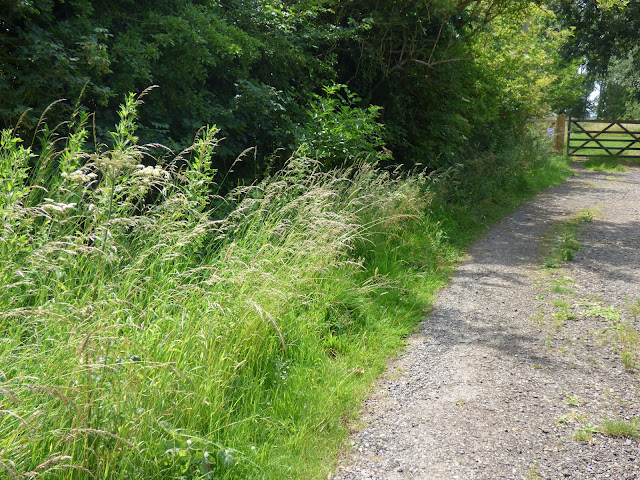 June 2020 There's still water in the ditch for the Moorhens. It will all dry up before the autumn and then fill up again through the winter. 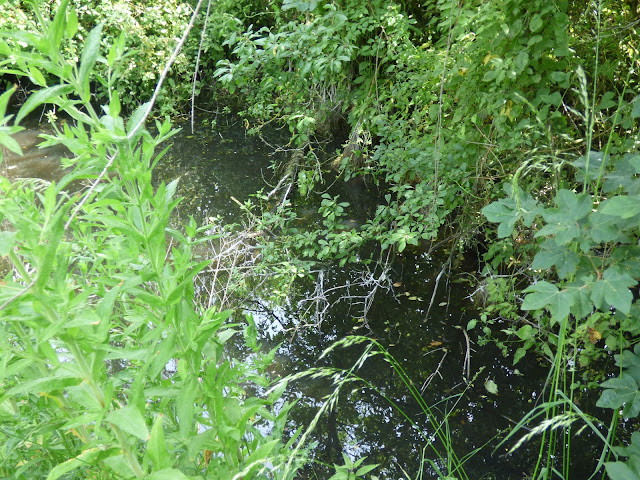 Back Tomorrow
Sue
Posted by Sue in Suffolk at 07:00
Email ThisBlogThis!Share to TwitterShare to FacebookShare to Pinterest
Labels: The lane