It's All About Basil

The common name for Basil might come from the Greek word for King -   Basileus. In some countries it was valued highly and in others thought of as evil and in some old herbals it was thought basil could turn into scorpions- Strange what people thought hundreds of years ago.

Back in early smallholding days, when I grew herbs to sell at the Suffolk Smallholders show, I often grew different sorts including Purple Ruffles and Large Leaf Lettuce basil. Basil is supposed to be a good companion plant for tomatoes so always planted out into the polytunnel beds - it did well there.

This year my basil seeds failed to germinate - twice - so (when I eventually remembered ) I bought a pot of basil from Morrisons for £1 and took lots of cuttings, put them in water and hoped for roots. 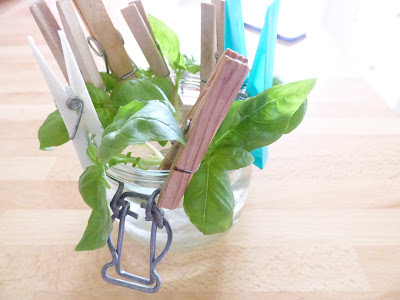 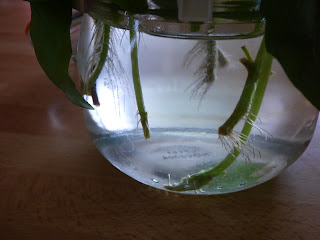 Only one cutting failed to root and the others have now been potted up into compost to grow on and hopefully give me plenty more to use fresh and dry for winter.


Thanks to everyone for comments on Saturday.
Back Tomorrow
Sue


Posted by Sue in Suffolk at 07:00
Email ThisBlogThis!Share to TwitterShare to FacebookShare to Pinterest
Labels: Basil