What Happened on Saturday

Well, we all know that Saturday evening the lock-down bombshell hit us and I'm not going to say anything about that as it's just too depressing to think about.
But my Saturday didn't start well either when I discovered the drains were blocked. And I mean BLOCKED. I think a grandchild must have flushed a whole loo roll down. That's the joy of grandchildren now big enough to go to the loo on their own but still young enough to get in a muddle with the toilet roll!
It took me over an hour and  all the draining rods and lots of effort to get it sorted. I've never been so glad to hear that gurgling noise that means the blockage is nearly free. Several buckets of water hurled down with force and it was finally sorted.............I'm thinking about moving to somewhere on  mains drains!

I had to deliver a birthday card on Saturday and then my sister had invited me round for a coffee  so on the way home I stopped at the Hairdresser/garden shop/cafe/gift shop place in their village to look at the Christmas decoration displays.

Apologies for the blurry photos - still have problems holding phone camera still..........but you get the general idea. 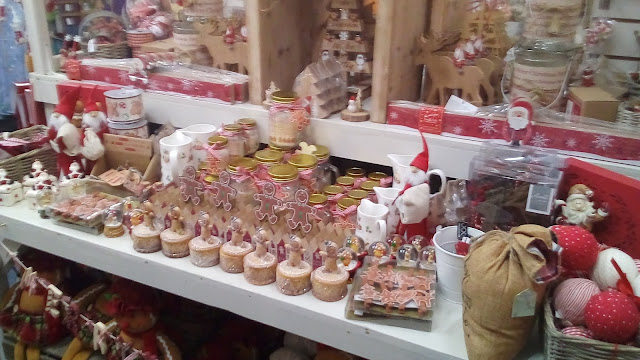 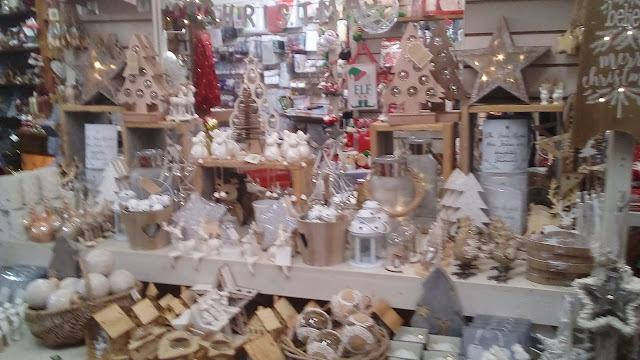 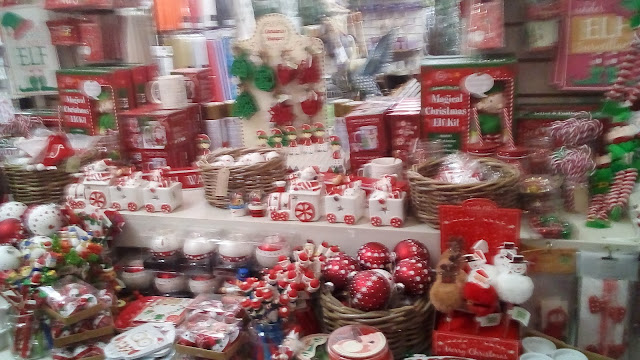 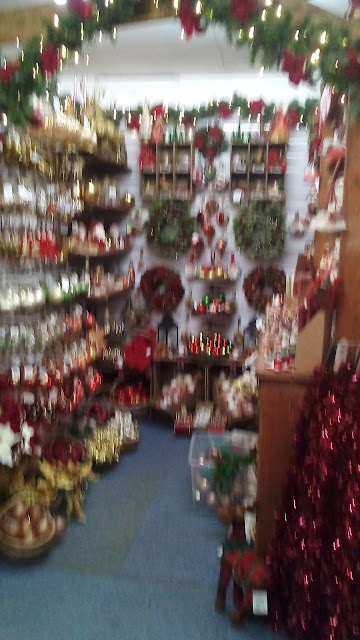 Some beautiful things but I spent nothing.

Home to an afternoon of watching the finish of the Six Nations Rugby - held over from March. Outside  the wind whistled round the house and the rain lashed down and it was half dark by 3pm..

Posted by Sue in Suffolk at 07:00
Email ThisBlogThis!Share to TwitterShare to FacebookShare to Pinterest
Labels: Christmas