Another book with illustrations to use for the beginning of the month posts. It's a children's book with the Sara Coleridge poem and once belonged to Youngest daughter, it's now gone back to her for Florence. 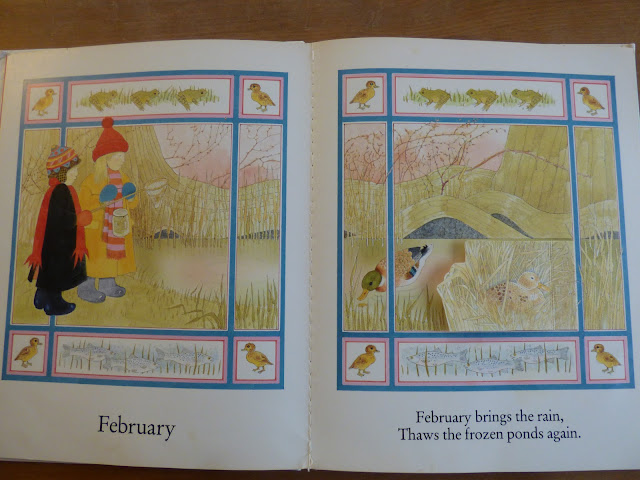 Each month there is a flap to lift to see what the mouse family are doing. 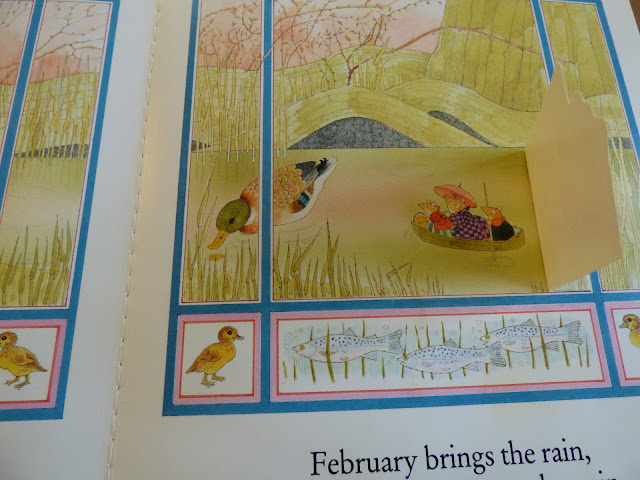 There is always one fine week in February


Two old weather sayings for Candlemas (yesterday)............. seem to contradict each other, take your pick!

Beware of a mild February......
A February spring is not worth a pin

In the past the full moon in February (on the 9th) was called the Snow Moon, Ice Moon or Storm Moon, emphasizing the fact that February is still a winter month which is why farmers through time have always been told........


The Anglo-Saxons called February 'Solmonarth' which means flat-cake month. Cakes would be made as offerings to the gods in thanks of the lengthening daylight.


A warm day in February is a dream of April

Posted by Sue in Suffolk at 07:00
Email ThisBlogThis!Share to TwitterShare to FacebookShare to Pinterest
Labels: Candlemas, Folklore