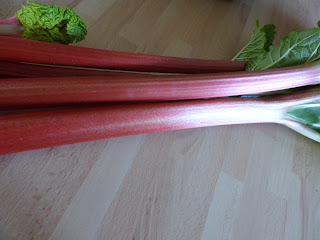 3.First daffodils brought in from the garden

On Tuesday I met Rachel-from-Norfolk for coffee in Morrisons and succumbed to a jam doughnut (deliciously light and fluffy) so just had fruit for my lunch later. It's donkeys years since I counted calories and stuck to a diet  as I've been the same amount of over-weight-ness for about 10 years. Not sure I'm good at it losing weight anymore, I like my food too much but as I've signed up for the Free 12 week course I'd better at least make an effort. (Promise not to bore you with all the details of diet and food!)
Although I might mention the course. The girl running the course (young and slender!) said she doesn't tell everyone the weekly subjects as she doesn't want people to cherry pick which sessions they attend but as I have the leaflet given out by the OneLife Suffolk speaker at WI last year and they are listed online I know what they are - but will try to get there every week if I can.

Week 1 was Welcome to OneLife Suffolk  - why are you here? what do they do
Week 2, yesterday, was How to lose weight......(no need to tell me = Eat less/different + Move more!)
After the 12 weeks there are monthly maintenance sessions for one year.............if the course continues as there were 9 people on the first week and only 5 in week two.

I was quite surprised Wednesday evening when BBC Look East news said that the doctors surgery in Bacton (Big WI village and the other half of the doctors practice where I go) had closed for deep cleaning after someone went to the surgery after coming back from somewhere where the virus has been found .........despite all the instructions to stay at home and ring up.  I've not heard any more about what happened next.

Wet snow Thursday, it didn't lay and just added to the amount of water. The septic tank was pumped out but clean water from the high water table just ran straight back in from the soak-aways - Big problem. Shall I have to spend about £8,000 on a proper sewer treatment thing?
Electric went off  on Thursday again. I dialed the UK Power networks number which recognised my phone and knew my postcode and told me they were aware of the problem in the area and engineers were on the way. I'm quite happy with this sort of big brother technology - very useful. It was only off for an hour so no hassle.

Spending in February started straight away with an unexpected expense of a new tyre for the car. I noticed a small bulge in the tyre, so ran the car round to my friends at the repair workshops and asked if I should be worried about it. Yes, slightly, was the answer and they ordered a new tyre and fitted it later the same day. Tom the boss said I'd probably gone hard into a pothole...........there are certainly plenty of them about. On the little back road between home and Eye there was a pothole so deep that it had a traffic cone stood in it and you could only see the top half of the cone! - thankfully it's been filled in now but there are plenty more.

The biggest but predicted expense was the house insurance. For some reason Saga wanted £80 more than last year, when I rang them the bloke said it had already been queried as an unexpected price rise but had come back the same. So I said I'd swap to a local broker who were offering a £50 shopping voucher for new insurances. Their price was only £5 more than I paid with Saga last year - plus the voucher (which I've not had yet, although she did say it would take a few  weeks and it's not been two weeks yet).

All the usual spending............. food for me and the cat, diesel for the car, direct debits for the phones/broadband and charity.  My 20 swim ticket needed renewing - a bargain at £37. There was the follow up loo-roll delivery from 'The Who Gives a Crap' company. (I've delayed the next delivery of 48 until December).
Also purchased were my seed potatoes and compost, a new peanut feeder for the birds, gifts and all the usual bits and pieces for keeping a house and home going. Then the sewer pump out added £99 to the Out column right at the end of the month

In March there is an electric bill due, car MOT and of course council tax.

Well done if you've read right through this rather wordy post! And welcome to new followers who've boosted my numbers this week.

Have a good weekend
I'll be back Monday
Sue