I felt sorry for the men replacing the electricity poles in the pouring rain this week. They arrived here up the end of the lane just as I'd lit the wood-burner so were accidentally smoked out for a little while too.

It's interesting watching workmen working - seeing something done that they do all the time but I'll only see once, but as they were so close to the house I didn't like to stand and stare too much. If Colin had still been alive he would have stood out there talking to them for ages - I just made them a cuppa!

The old pole that was taken down was riddled with woodpecker holes, it's been on the list for replacing for at least 3 years but was now being done as part of a much wider programme of up-grading, across the fields for over a mile. 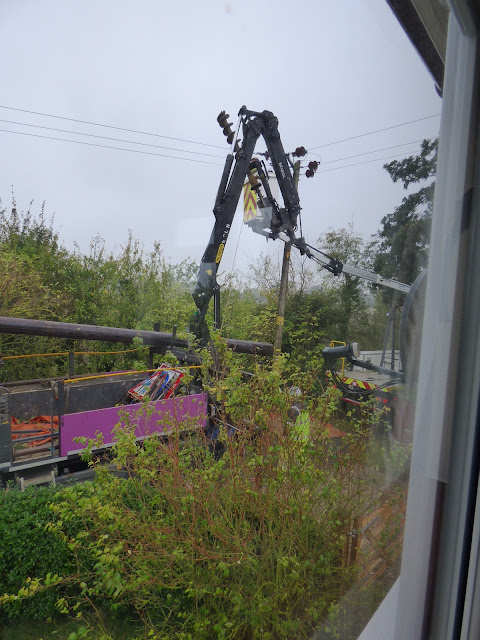 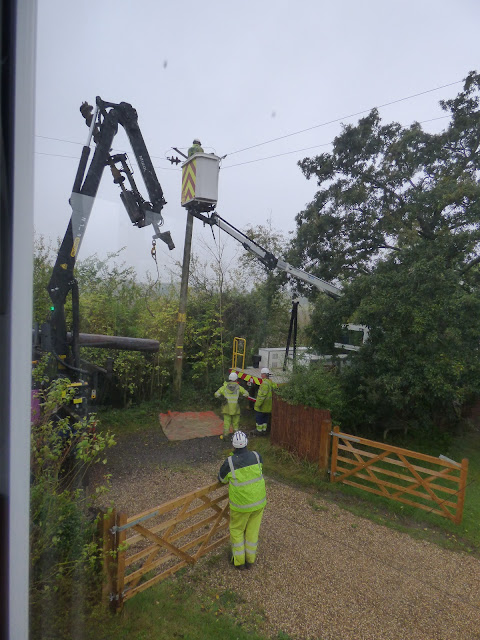 I also think Col would have said "you can leave the old pole here - it might come in handy for something" although it would be too tarry for cutting up for the wood-burner so no idea what it could be used for. Thankfully they took it away.

3 hours later they were all done, the new pole in and wires reconnected. Electricity for this bit of the village has been supplied all week by a huge generator, installed several fields away out of hearing distance - but will be switched back to mains later today. 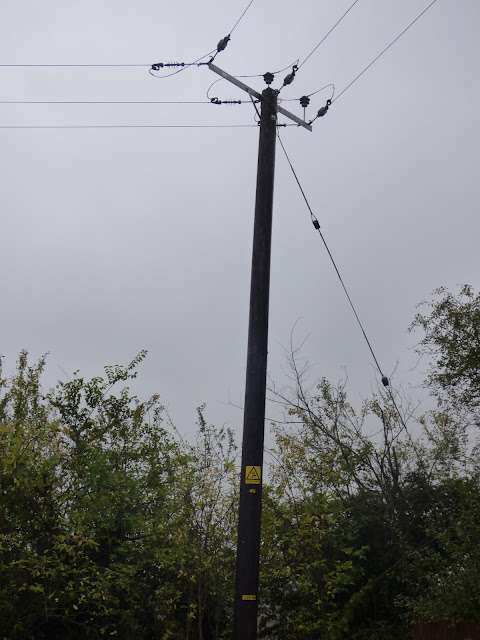 They don't use big pottery insulators anymore, the man told me the new ones are a sort of rubber mixed with something that doesn't rot, an invention from the USA, much lighter and less likely to break. He said the pole should last 40 or 50 years although nowadays they have to replace more because of woodpecker damage than they do due to rot.

Posted by Sue in Suffolk at 07:00
Email ThisBlogThis!Share to TwitterShare to FacebookShare to Pinterest
Labels: The lane