I Think They're Inedible

And  I'm not going to try them!

I could see these fungi growing on a Willow from yards away. Such a bright orange - more orange in real life than the photo...........and more orange the day before it rained all day too. 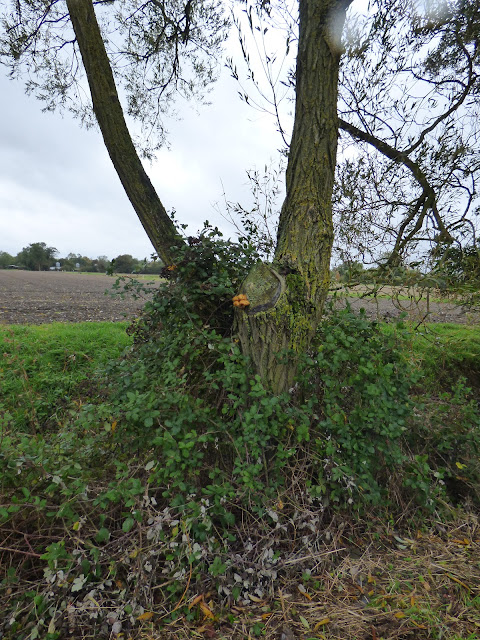 I had a closer look - not so attractive - looking very sticky on top.

We don't get a huge amount of fungi in this part of  Suffolk - edible or otherwise - I think it's mainly too dry and we don't have the Beech woods or forests that many edible varieties prefer. At the smallholding we had some edible Field Mushrooms - until we rotated chickens around around the meadow, then they were never seen again. We also had Yellow Staining Mushrooms - slightly poisonous - and easy to tell  what they were as any touching of the cap turned it yellow.

I had no idea of the name of these that had appeared on the  Willow so looked in a book and I think they might be Golden Scalycap. 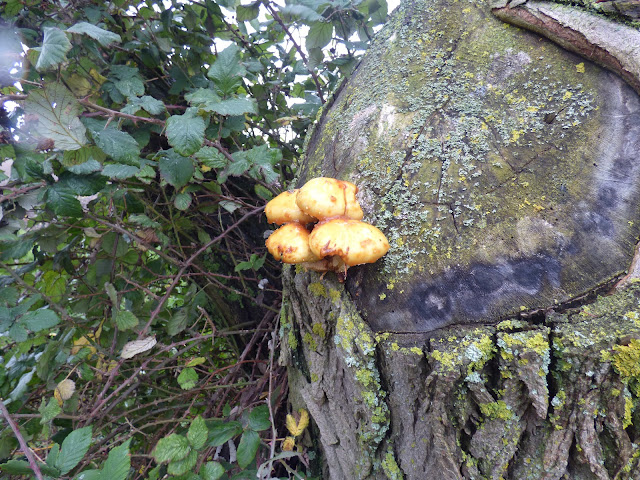 In many parts of the world foraging for edible mushrooms is a way of life - but I was very put off after a professionally led Fungi Foray on the heathlands near the smallholding, when we were told of all the  Fungi experts who had died after making a mistake and eating the wrong ones!

What I'd love to find would be a nice white Puffball - no mistaking them for anything else.

(Thank you for all the advice yesterday - there's no chance of me drinking all 4 cans. When you don't drink at all even half a glass of 5% cider is pretty potent! and just in case you thought I was being serious, I didn't really end up flat out on the floor!)

Posted by Sue in Suffolk at 07:00
Email ThisBlogThis!Share to TwitterShare to FacebookShare to Pinterest
Labels: The Meadow