Hoxne (pronounced to rhyme with oxen) is up near the border with Norfolk and I decided to detour there on my way back from swimming. So looked for the 100 treasures book to check what I should look out for, no sign of the book anywhere. (It's now in the post back from Surrey where it traveled in the back of daughters car by mistake)

I went anyway and took photos of anything that looked interesting and then looked on the Suffolk Churches website later.

The car park is behind the large church and when I walked around to the entrance porch I spotted the lych- gate, so walked down to take a photo of it, turned round to photo the church, 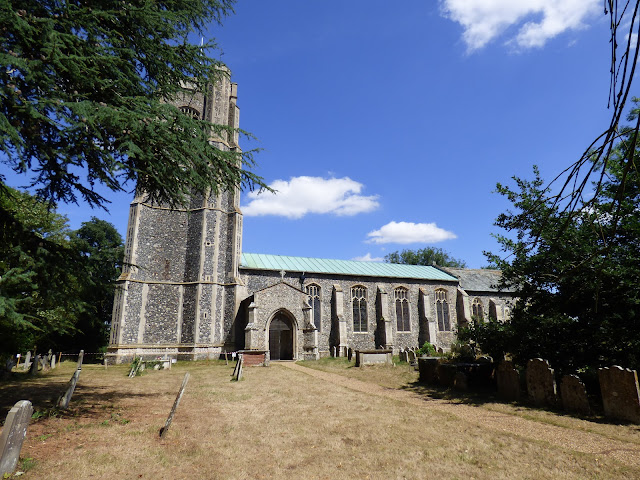 spotted the huge fir-cones on a Massive tree and took another photo and then forgot the lychgate! DUH! 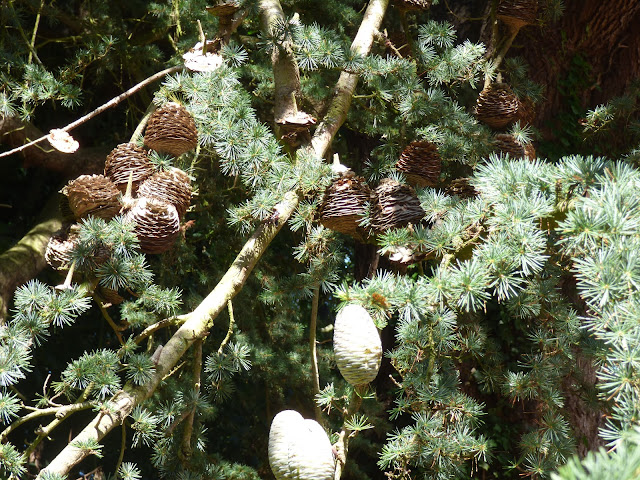 I'll go back in autumn to collect some of these cones and take a photo of the lychgate. 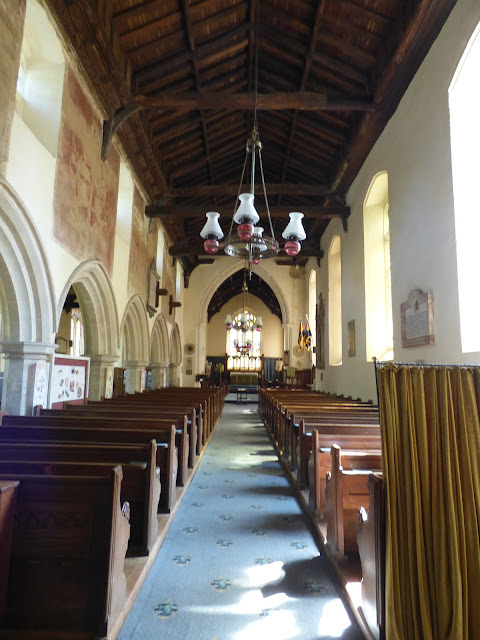 The first things that caught my eye were the chandelier lantern lights, all down the centre of the nave and the C15 font with a more modern and elaborate font cover. So many of the churches I've visited have had something similar 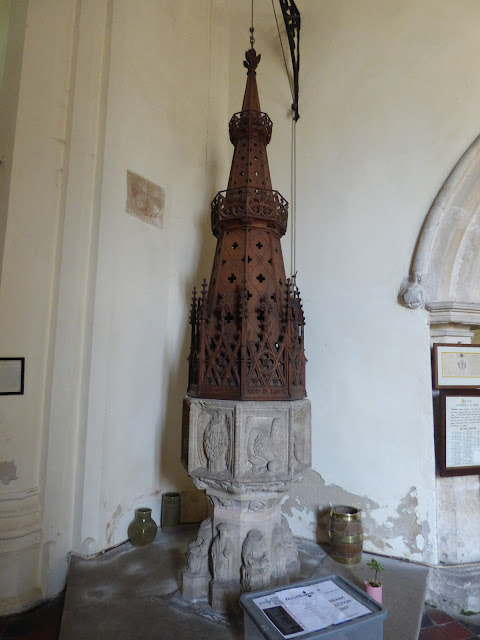 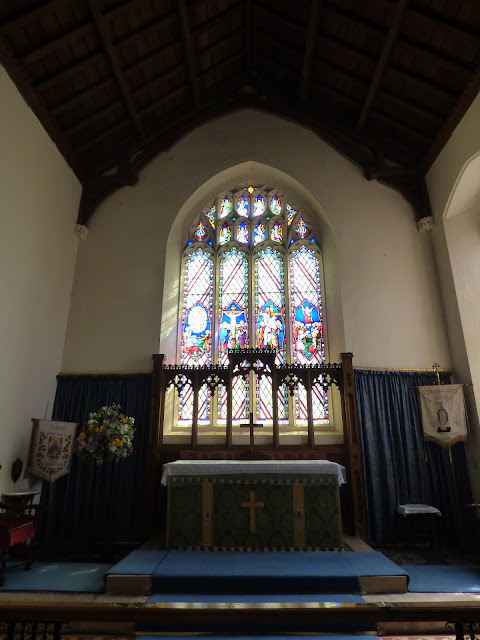 With interesting pictures or symbols - 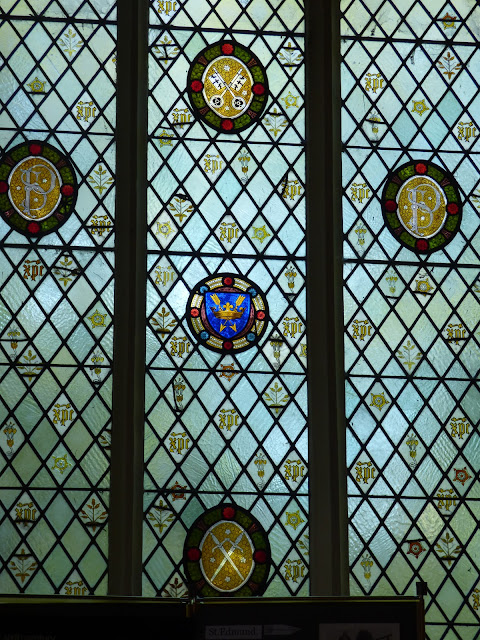 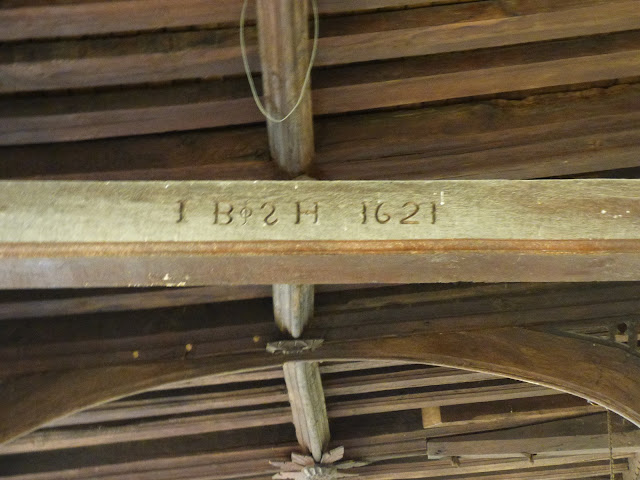 and these bosses on the ceiling  in the tower 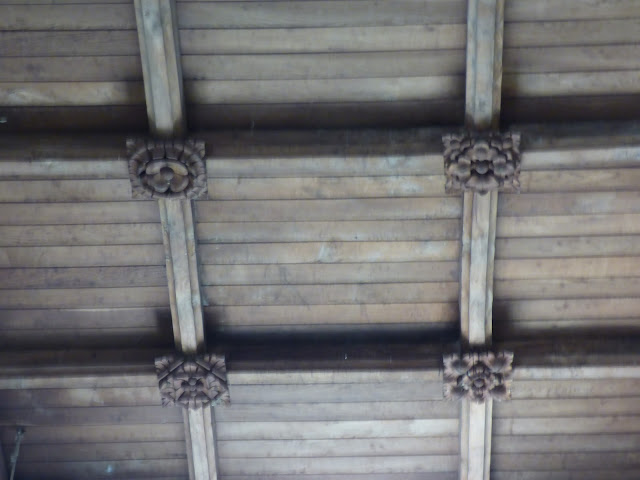 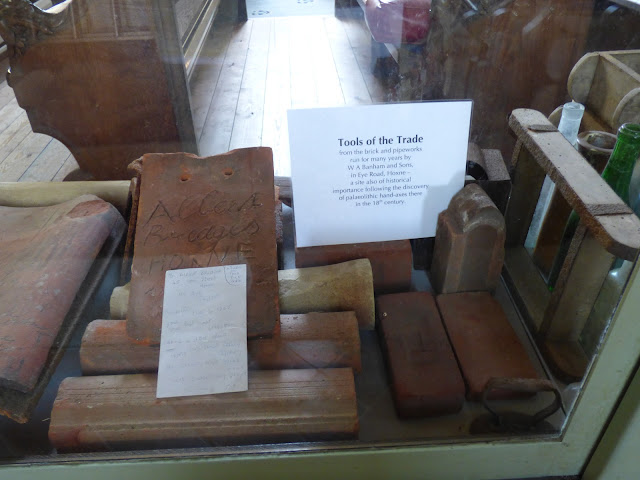 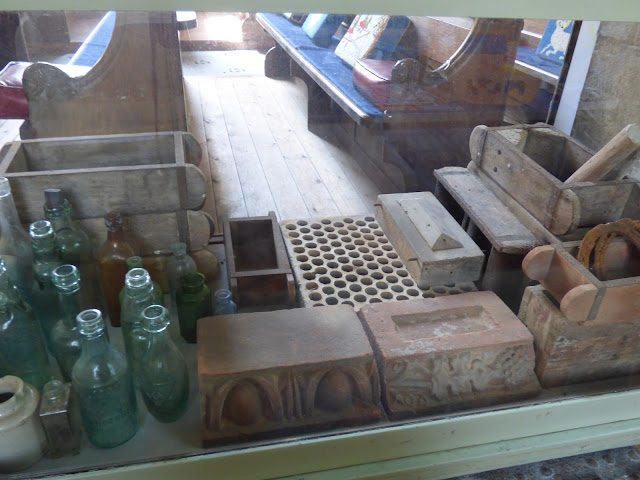 and this tomb caught my eye. 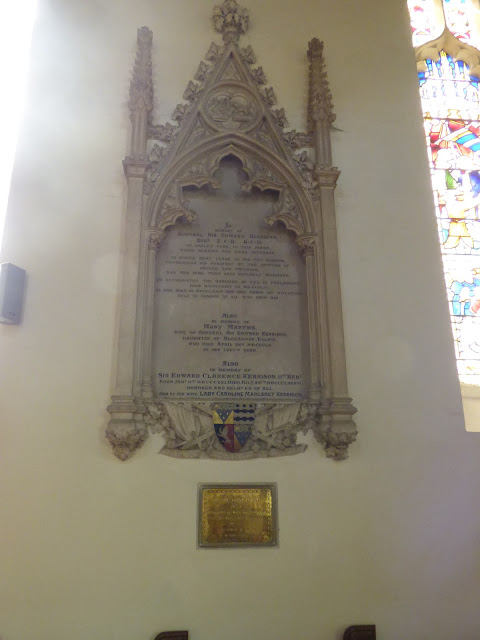 The name on there is Sir Edward Kerrison and this was a well known name in the past for any young men from the area who had been in trouble with the law. Kerrison was the name of a institution called a Reformed School ( More info here ). It's in Thorndon a village not far from home. Now the buildings are mainly un-used except as offices for a few charities and a day centre for people with learning difficulties.

And finally..........The most famous thing about Hoxne is that it is, according to legend, the site of the martyrdom of King Edmund who was king of East Anglia. Murdered by a viking raid in 870. He was then decapitated and his followers searched for 3 days for the head  and found it being guarded by a huge wolf. His body was then carried to the abbey in the town that became Bury St Edmunds.
I know that somewhere in a field nearby is a monument to St Edmund that marks the spot where a huge tree once stood thought to be the place where Edmund was murdered because  when the tree fell and was cut, a Viking  arrow  head was found embedded in the tree 13 centuries deep.

I had read about the bench-end showing Edmund's head being guarded by the wolf and luckily there was a notice on the notice board explaining where to find this bench end . Not in the main church but to one side where it can't be sat on, used or damaged anymore than it is now - just through old age or maybe in the reformation. 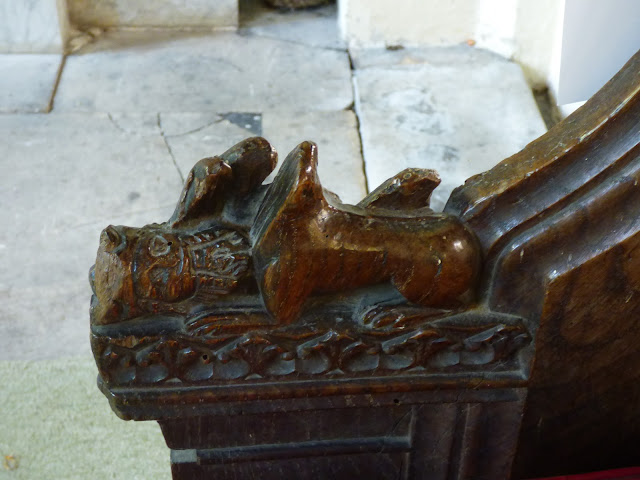 An interesting place although I was expecting more about St Edmund. When the book arrives back I'll find out what I missed!