Thanks to everyone for comments yesterday  about house moving, lots of people moving here there and everywhere!

No idea how many weeks its been since the first mention of "being careful" which was quickly followed by the first lock-down and  I have no intention to count them - too depressing.

It's been a very grey week here in Suffolk and I've not been far at all but it's been a good week for sorting things out from drawers and cupboards. So far I've moved out to the workshop........a chest of drawers and the old dresser top that sat on them and a small table with a drawer. The local facebook page doesn't allow selling and there's no local selling site for out here in the wilds so  I'll try and  give them away. Still waiting for Youngest Daughters ex partner to come and collect things from the garage, he might want the chest of drawers.

I got a quote from the removal company that moved me from the smallholding to the Very Small Bungalow (I say me because Colin was in hospital that week) and moved us from the Very Small Bungalow to here (Both of us that time) - Blimey removal prices have gone up since 2017. Did you know there is a shortage of cardboard boxes? No neither did I. The governments idea of removing the Stamp Duty until the end of March  is good for me and brilliant for the young family buying here(they couldn't afford it if had to have another ? thousand pounds added on) but is making it hard for conveyance solicitors who have everyone wanting to complete by 31st March and the removal companies who are likely to have lots of people all wanting to move at the same time.

Not much of excitement to mention this week although I made up the tin of orange cheats marmalade that was in the cupboard and used whisky to replace some of the water. I'd found a new bottle of whisky in my "wine cellar" (a crate in the garage) when clearing it out last week. No idea when it was bought and what it was planned for - not to drink that's for sure. It should liven up the marmalade a little!

Now I can pack away my jam pan and other preserving bits - won't need them again for a while and all remaining  jars that were in a box in the garage can go in the bottle bank.

Yesterday was the dullest day of the week with fog and frost staying all day. I went out in the garden to see if there was a frosted cobweb to photograph but couldn't see one and it was too nasty to stay out for long so just a frosty seed head and a foggy meadow. 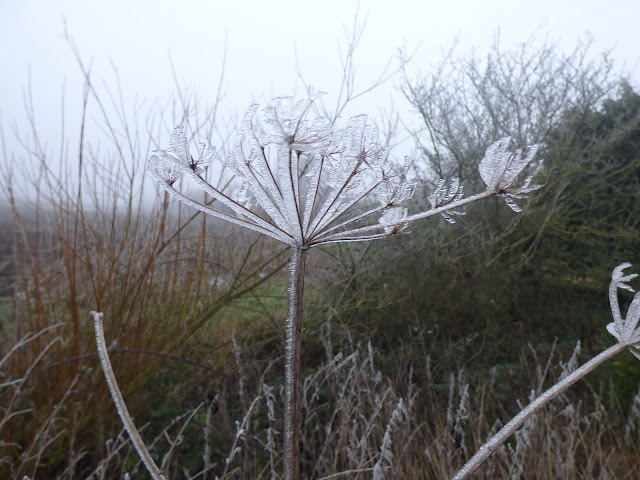 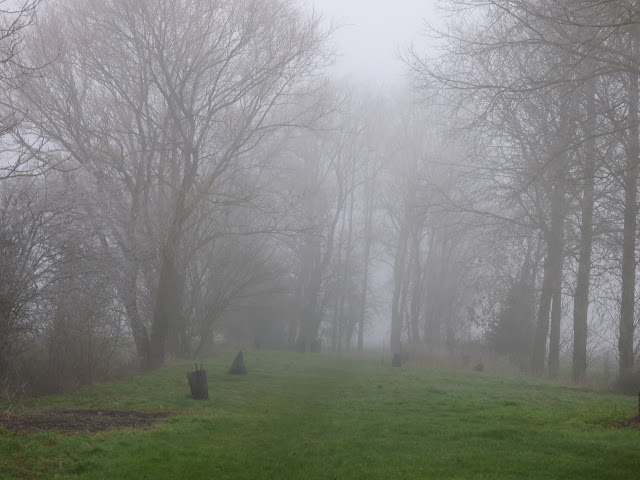 So what am I grateful for this week?

The weather forecast for the weekend here is a bit better than the last week- no idea what I'll be doing apart from digging up part of the Chives plant to pot up and take with me and I spotted a self sown Rosemary seedling somewhere too. Plus  I need to empty one of the water butts if it isn't frozen solid as I want to load all the gardening tools into one to take with me.

Posted by Sue in Suffolk at 07:00
Email ThisBlogThis!Share to TwitterShare to FacebookShare to Pinterest
Labels: Being Grateful, Moving House, STRANGE TIMES, Weather