They say time flies when you're having fun but I reckon time flies whatever  I'm doing. This week it's been mainly unpacking boxes, then flattening them ready for the removal company man to come and pick them up. I'm giving him some of the 15 I bought and will keep the tattiest of the ones of his to use for the start of the new vegetable beds. The beds will have wooden edges (made from old scaffold boards that BiL has finished with) then the cardboard will be covered with soil, the theory is the cardboard kills the grass underneath and rots down over winter.....that's the plan although not exactly sure when it will happen.

Getting back in the swimming pool was good, only 4 people in the slow half of the pool so it was easy swimming round and round, I'm about a mile or 2 further away from Stradbroke Pool than I was before and actually nearer to the bigger pool at Stowmarket which is also run by the Everyone Active company, but it's much busier and  I don't fancy trying it out.

Several people said they liked the bookshelves. I bought them not long after we moved to Clay Cottage as we had left fitted shelves at the smallholding. It took me ages to decide as they were a big expense from the Cotswold Company but with Colin in and out of hospital I choose some made of solid wood that came ready built. I've not regretted them. More recently I got a long chest of drawers in the same colours.....navy blue with oak tops.

Tonight it's The Eurovision Song contest - I shall half watch - like I've half watched for the last umpteen years since the UK have had no chance of winning. I'm sure we used to watch properly when Our Song actually got Douze Points occasionally.

Great excitement being able to walk round to the doctors to pick up my meds! Maybe Great Excitement is  exaggerating a bit but it is the first time (not counting the year in Ipswich - which I don't count at all for anything) since 1992 that the doctors has been withing walking distance - instead of a car journey.

Having a view from the front of the bungalow across the road to the new part of the village churchyard is lovely as there are some wonderful trees which have really sprung into life in the last couple of weeks despite the grotty weather. On this side of the road the young Silver Birch is mine - which is funny as I said I wanted to plant some and there are two here already. One at the front and one out the back.
The first picture is straight over the road and the second is some bigger trees along the road to the left 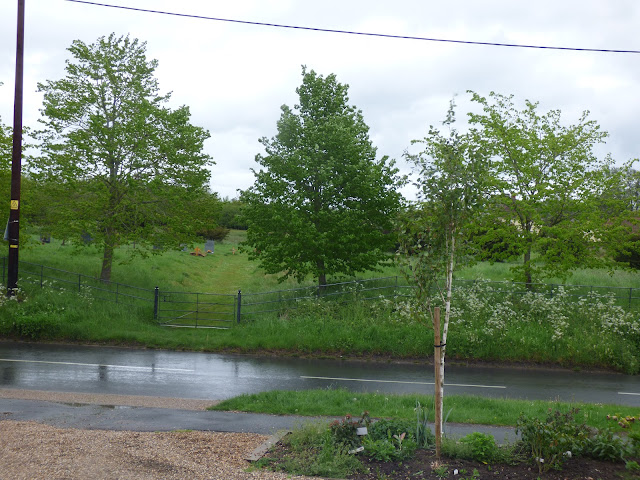 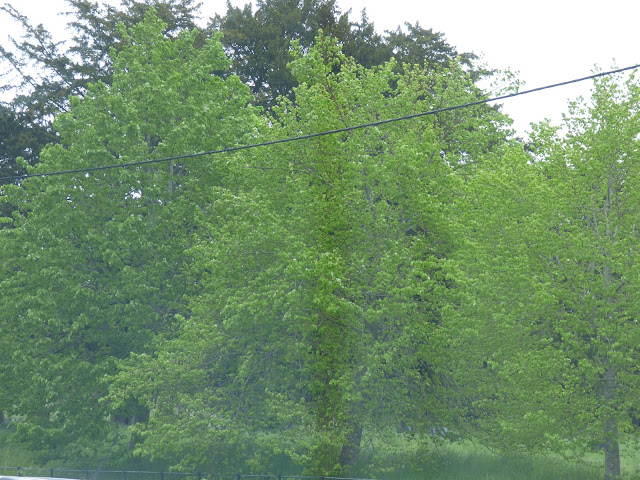 Hope you all have a lovely weekend. I'm going to treat myself to my first coffee and cake out since sometime last year

Posted by Sue in Suffolk at 07:00
Email ThisBlogThis!Share to TwitterShare to FacebookShare to Pinterest
Labels: Being Grateful