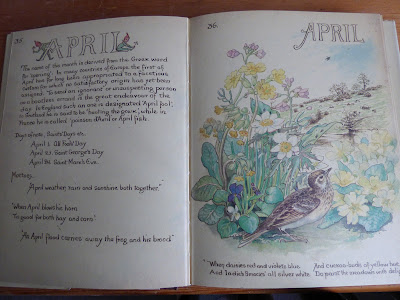 The Romans named April Aprilis, from the verb Aperire meaning 'to open'. Perhaps referring to the buds and flowers opening?


April Weather, showers and sunshine both together

'Til April is dead, change not a thread

Updated to say.......Sorry about the various font sizes, it appeared like that despite being normal in drafts. I've fiddled and updated until I got fed up with the silly blogger!

Posted by Sue in Suffolk at 08:07
Email ThisBlogThis!Share to TwitterShare to FacebookShare to Pinterest