To make a change from the Edith Holden Country Lady Diary photos, here is a May page from another wonderful book. 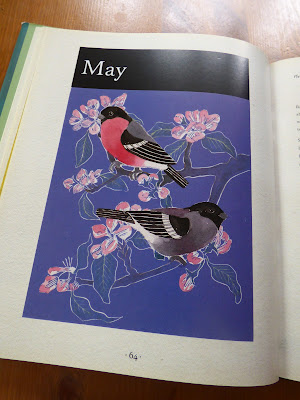 Taken from this book " An Illustrated Country Year" by Celia Lewis 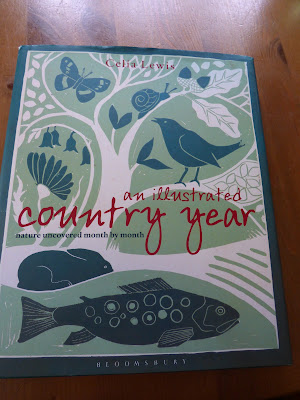 and a page of  her paintings of May wild flowers 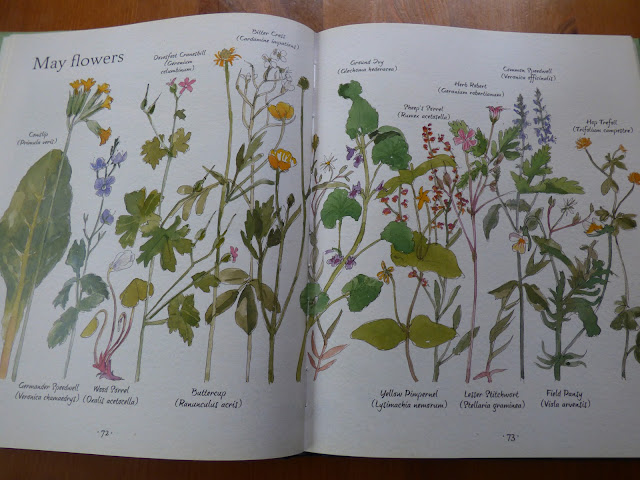 ( I found this book at a charity book sale in the Library in Ipswich when we were living there. It's worth quite a bit on Ziffit but I'm not selling! There's an Illustrated Coastal Year too, which I would love to own)


May is possibly named after a Greek goddess Maia or from the word maiores (meaning Elders) as this was the month when the Romans celebrated the older members of their families.


For ancient Celtic people May 1st was Beltane( Bel's Fire). The first day of summer and bonfires were lit to help the sun regain it's strength. A day of feasting and in many places there are still traditional events on this day, involving dancing round maypoles, May Queens, Garland dancers and Morris men and hobby horses.


I don't know how many pubs in England are called The Maypole but in the village where I went to primary school there is a one and a very old building it is too...... circa 1530. The maypole in the middle of the front yard wasn't there until a few years ago.

Ne'er cast a clout till May is out.

Probably the best know of weather sayings because May can have hot sunny days and frosts too, don't rely on summer clothes too soon. Or does it mean May flowers on Hawthorn? No one knows!

But May Blossom should never be taken inside the house and bunches were traditionally hung outside above the doors and windows to protect against the devil.

Although many Elderflowers are brought in to make Elderflower Cordial or wine, so I'm not sure what happens then!
During May the day length increases to 16 hours and 17 minutes by the end of the month and over 17 hours in Scotland.

Watch out for late frosts around the third week of May. These are attributed to Saint Dunstan (or St. Franklin in some versions). Apparently he made a pact with the devil in order to obtain good sales of his beer. In return for his soul the devil promised to attack the blossoms of the  apple trees in the orchards so that the cider makers would have less cider to sell.

Posted by Sue in Suffolk at 06:00
Email ThisBlogThis!Share to TwitterShare to FacebookShare to Pinterest
Labels: Beltane, Folklore