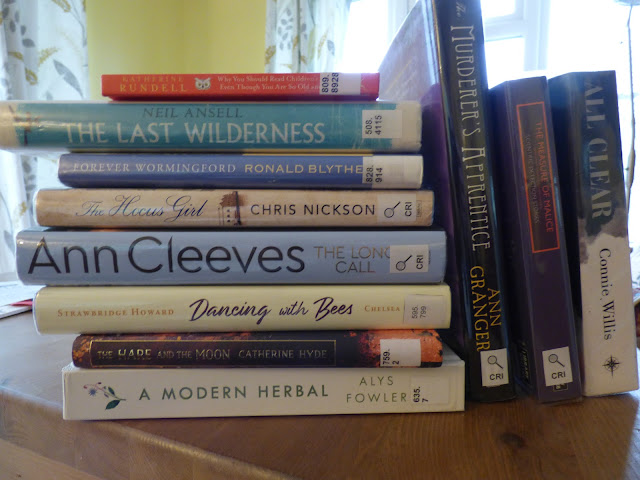 So what will I be reading in November? From the top down. First is a tiny book "Why You Should Read Childrens Books Even Though You Are Old". Shouldn't take long to read this Very Small book. Then another Neil Ansell, which I'm sure I've tried before. Thought I would try again after re reading his book "Deep Country- Five Years in the Welsh Hills". Every now and again I order one of Ronald Blythe's books for a change, they are taken from his writings for a church magazine. He writes about the countryside and people around his home on the Suffolk/Essex border.
The Hocus Girl by Chris Nickson is the second in a series set in Regency Leeds.
The book by Ann Cleeves isn't a Vera or a Shetland - hope it's just as good as they were. There are 3 non-Fiction below that .......Dancing with Bees by Bridgit Strawbridge. The Hare and the Moon by Catherine Hyde is a book of paintings. A book for looking at rather than reading, and A Modern Herbal is just that.
On the right another crime book by Ann Granger who has been very prolific over the years. Short crime stories on a scientific theme in the  British Library Crime Classic series and finally All Clear by Connie Willis something I saw mentioned somewhere but have no idea where or anything about it. 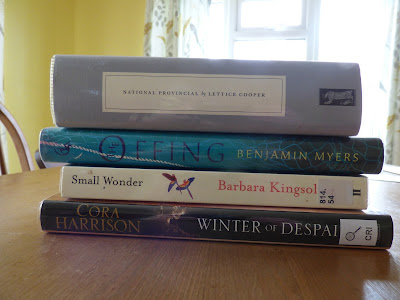 National Provincial was too much like hard work, before I'd got to page 40 so many people had been introduced that I was already lost on who was who. I cheated and looked at the end - and just couldn't be bothered for all the 100s of pages in between!

The Offing was good - already written about that.

Even the one crime didn't get finished, it was just a bit too silly for my liking.

I started reading the book left from August - the new Erica James - Swallowtail Summer but that was about un-happy marriages which I didn't feel like hearing about.

That left H is for Hawk which I'd borrowed to try again after failing when it first came out and won prizes. Have to say I failed again.

If you look at my Books Read 2019 page you'll see that I've read fewer?/less? books than in any other month this year ..............or maybe ever! Why?..... Due to starting several and not finishing them, having visitors and too much time spent fiddling about on the lap top. I've been transferring the story of Colin's illness from the blog to Word so I can print out. I thought it might be interesting for children and grandchildren in the future to see the story of those 2½ years and the way their Dad/Grandad fought his way through it all. I'd already forgotten how much time was spent traveling to and waiting at hospitals.Once you get caught up with the cancer treatment there's hardly any time left for real life.
I've also been transferring all my frugal bits and some diary pieces onto Word ready for printing out for a Penny Pincher Paper letter. Our group of letter writers has more or less come to a halt so I'm doing it more for me than anyone else. 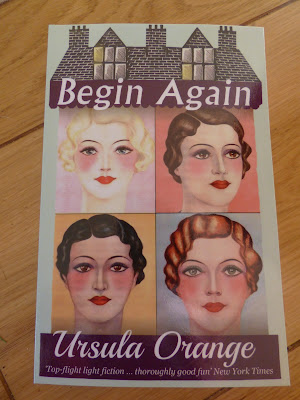 After writing HERE about the two other books by Ursula Orange that I'd read both reprinted by them under the Furrowed Middlebrow name, I had an email from DSP offering me a copy of the book by her that I hadn't read. Scott at FM had passed on the book review to them. What a treat.
Thank you so much to Victoria at Dean Street Press. I shall look forward to reading it after I've got through all those library books.


Posted by Sue in Suffolk at 06:00
Email ThisBlogThis!Share to TwitterShare to FacebookShare to Pinterest
Labels: Library book photo, My Books