I'm so glad I live in a world where there are Octobers.
L.M. Montgomery

I had a brainwave for another book to use for photos of the months of the year.

So from Tasha Tudor's lovely children's book 'A Time to Keep' 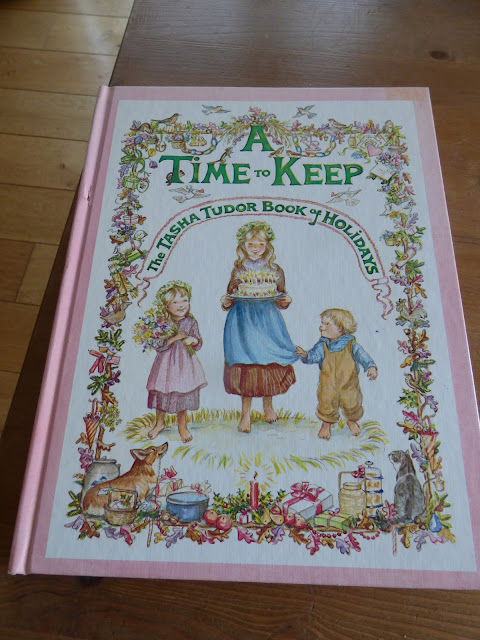 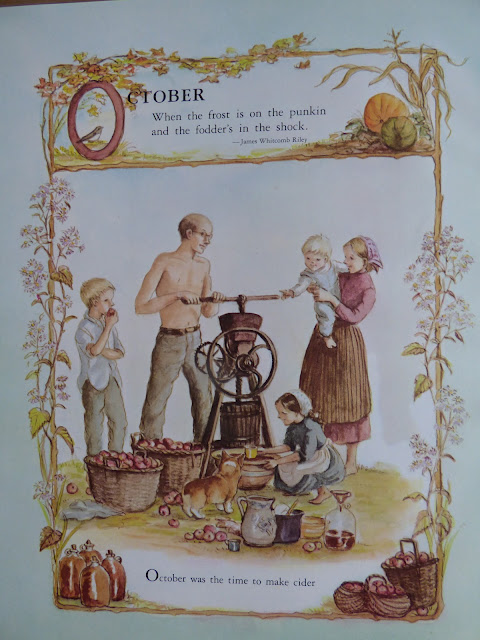 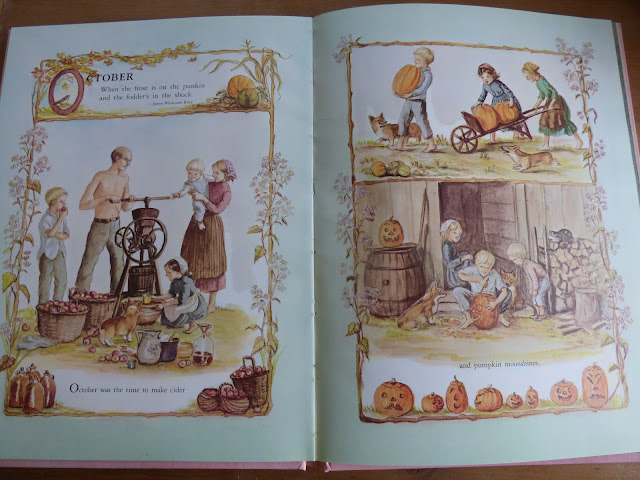 (Tasha Tudor was a very well known children's writer and illustrator in the USA and worldwide, through much of the C20)

There is often a short period of stormy weather in the first half of the month, followed by St Luke's little summer -  dry days around the 18th and heavy rain at the end of the month  around  St Simon's and St Jude's day  on the 28th (according to one of my books)


There are so  many weather sayings this month......... mostly predictions for the prospects for the coming winter.

Much rain in October, much wind in December

It's the colours of October that detain my eyes............ The Sumac is gloriously red and orange again and there are red hips and haws everywhere

Posted by Sue in Suffolk at 07:50
Email ThisBlogThis!Share to TwitterShare to FacebookShare to Pinterest
Labels: Folklore