Back to normal with today's blog after yesterdays bit of fun! I certainly didn't have to go off in a strop because of lack of comments and I'm glad it made a few people smile.


When DiL, Willow and I were in Clare to visit son on his dig we popped into town to the church because it's in my book.

Clare is another small town/large village with a big church 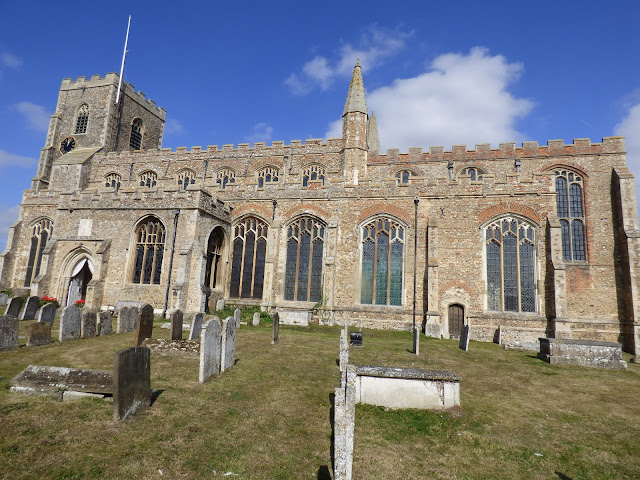 Many of the churches in this part of Suffolk are big, built or refurbished in the medieval period on the money made from wool.

The porch - not as wide inside as it is outside 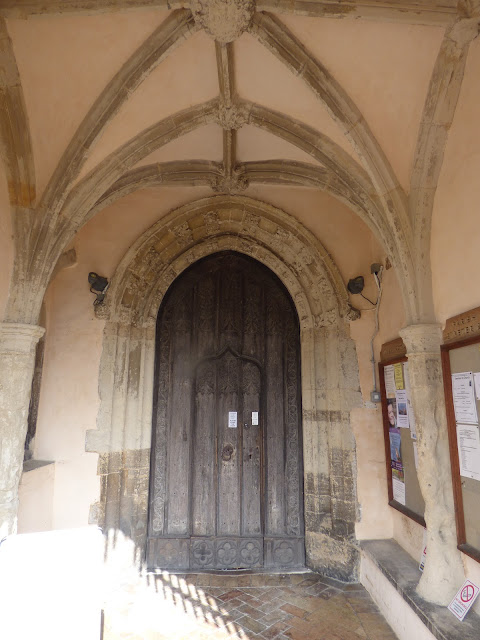 The sun-dial instructing people to Go About Your Business/ Get On With Their Work! (or maybe it said this because lots of business like tax collecting would have taken place in the church porch) - it was almost telling the right time apart from being in British Summertime. 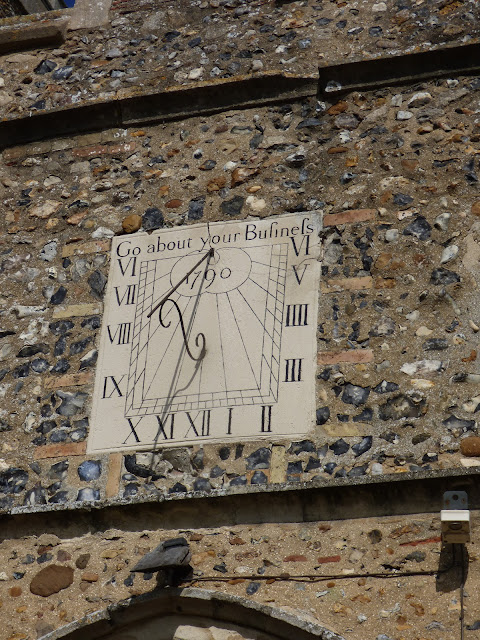 Bell Ringers Gallery in the tower 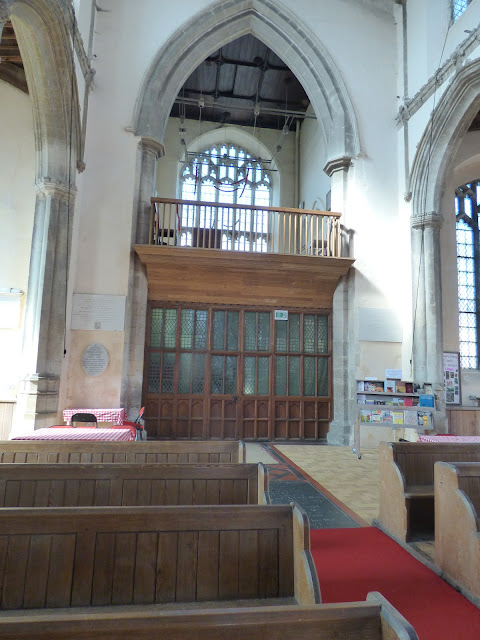 Another very old chest which would once have held all the churches wealth and documents. 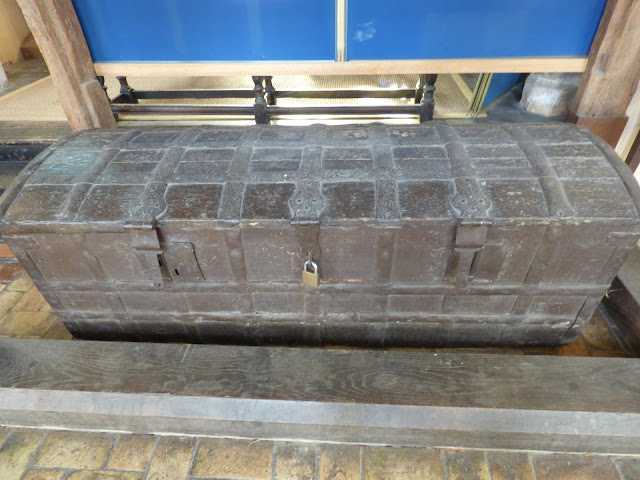 This is why the porch looks bigger outside than inside because half of it has this stairs leading up to a gallery. Thought to have been built by Sir Thomas Barnadiston the owner of Clare Priory in Jacobean times it is known as the Priory Pew 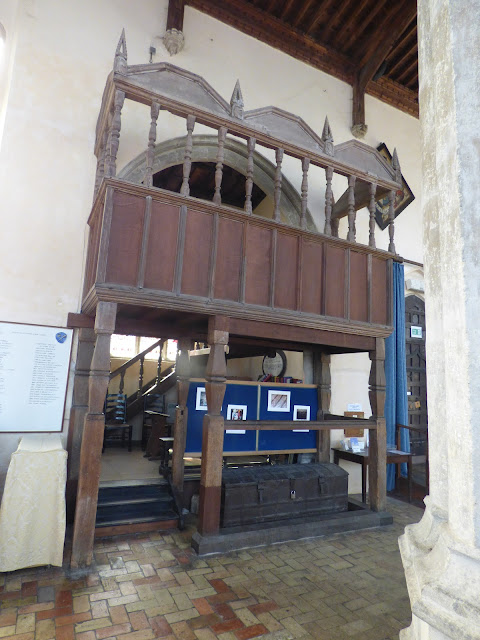 This large beer jug, called a gotch,  is the reason that this church gets a mention in the 100 treasures book. It was presented to the bell-ringers by the vicar in 1729 and holds 32 pints. It's inscribed' Clare Ringers 1729' and  campana sonant canore' which translates to 'the bells ring in harmony'. The vicar Revd Matthew Bell owned The Six Bells pub which was in the corner of the churchyard and his family owned The Crown Inn also in the town 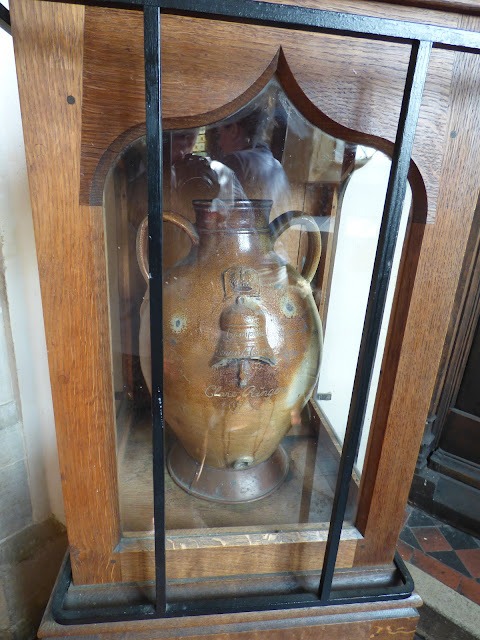 When we were there a man was polishing all these beautiful brass candlesticks from the choir stalls. He said it took several hours each month, a  labour of love I think 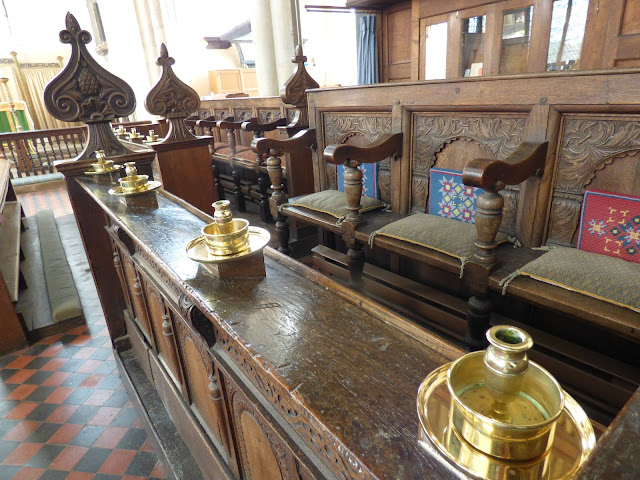 View down the nave - (should have moved Willows pushchair out of the photo!) 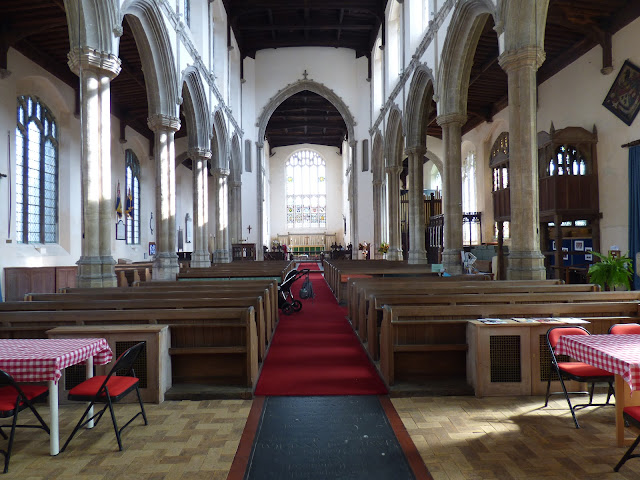 
Back Tomorrow
Sue
Posted by Sue in Suffolk at 06:00
Email ThisBlogThis!Share to TwitterShare to FacebookShare to Pinterest
Labels: Suffolk Churches