One of the October pages from the library book I borrowed last year. The paintings of Catherine Hyde 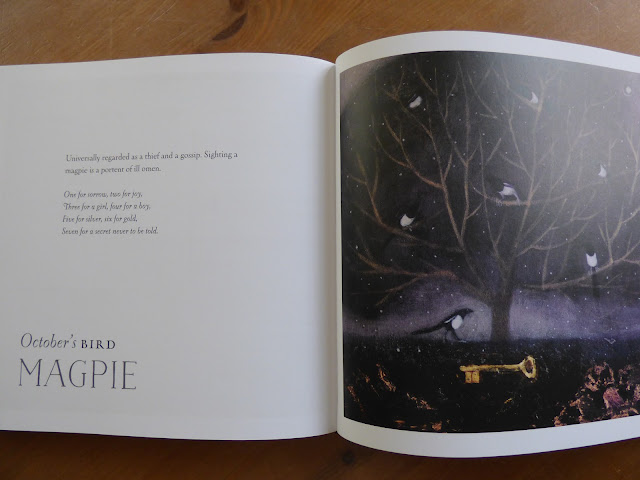 This year October has two full moons, the first- tonight -  is the Harvest Moon - the name given to the full moon closest to the equinox. The second on the 31st is the Hunters Moon which will be after BST ends on the 25th and we've changed the clocks for winter.

There are lots of old weather sayings, no idea if they are right or wrong!

Hard frosts in October means we'll have a mild January

For every fog in October there will be snow in winter

Full moon in October without frost, no frost until full moon in November

In the other gardens
And all up the vale
From the Autumn bonfires
See the smoke trail!
Pleasant summer over
And all the summer flowers,
The red fire blazes
The grey smoke towers
Sing a song of seasons
Something bright in all
Flowers in the summer
Fires in the fall.
I like the line "Sing a song of seasons" and as I get older it seems to be easier to appreciate each season as it arrives - after all if I'm still around to see a new season then that has to be a good thing!
Back Tomorrow
Sue
Posted by Sue in Suffolk at 07:00
Email ThisBlogThis!Share to TwitterShare to FacebookShare to Pinterest
Labels: Folklore