............. the other day when I said  downsizing meant I could now afford the dentist bill, an  "Anonymous" commented  telling me how wrong it was to boast about the size of the house I sold and to mention finances......... at least I think it was what they said. I deleted it so quickly that I can't really remember the gist! As Sue said Anonymous snarky comments get short shrift here and are a real waste of Anon's time.

So I thought I'd share this photo copy of  press cutting with you -  It's all about improving property to make a profit so as to move up the housing ladder - lots of boasting about making money here!
Don't think this has been on the blog before.

It dates from the late 90's  and The Stepping Stones feature was in one of the Sunday papers that our neighbour used to pass to us for fire lighting. I noticed it as it said they awarded £100 for the "best" one. Someone came out to take the photo - of me with two goats and it appeared in the paper a few weeks later. We never did get any money for it being featured! 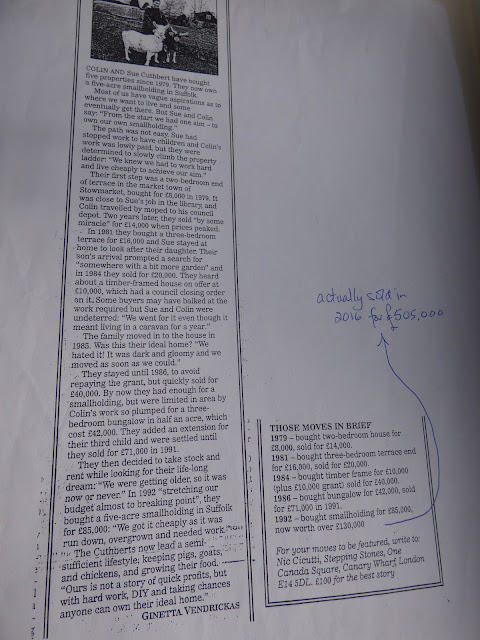 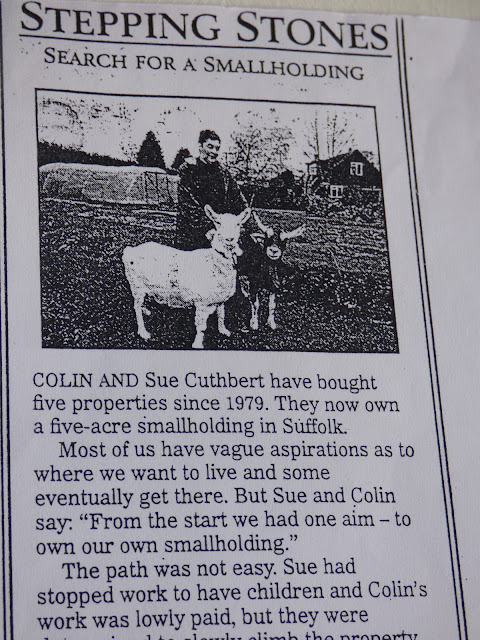 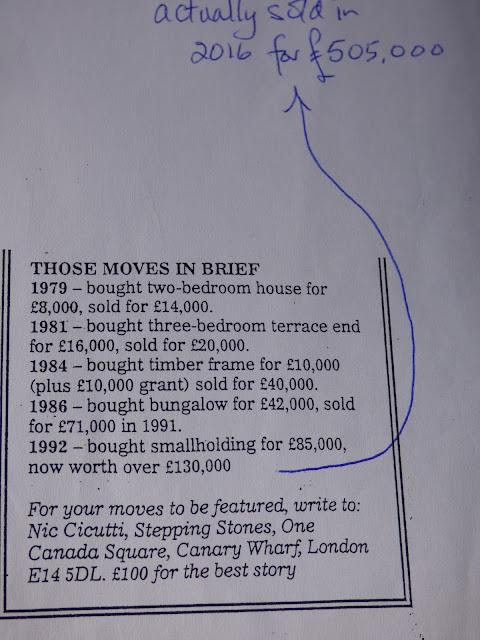 There you go Mr/Mrs or Ms Anonymous - how's that for boasting!! Or as my Mum would have said "put that in your pipe and smoke it!!"

Posted by Sue in Suffolk at 07:00
Email ThisBlogThis!Share to TwitterShare to FacebookShare to Pinterest
Labels: Our Story