St Mary's Church in Hadleigh is a very large church, another one funded by the importance of wool in the past. 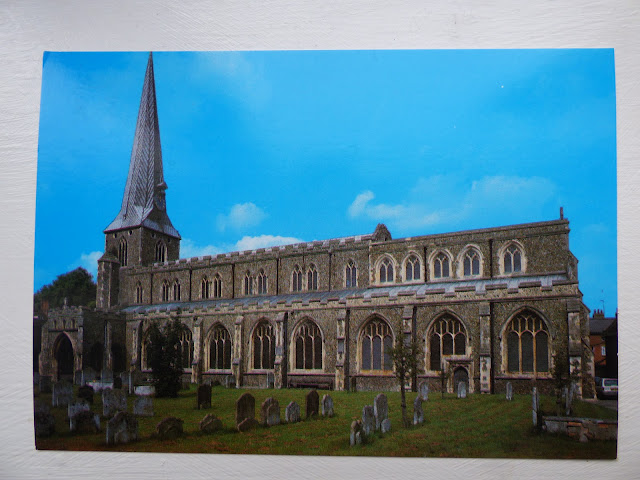 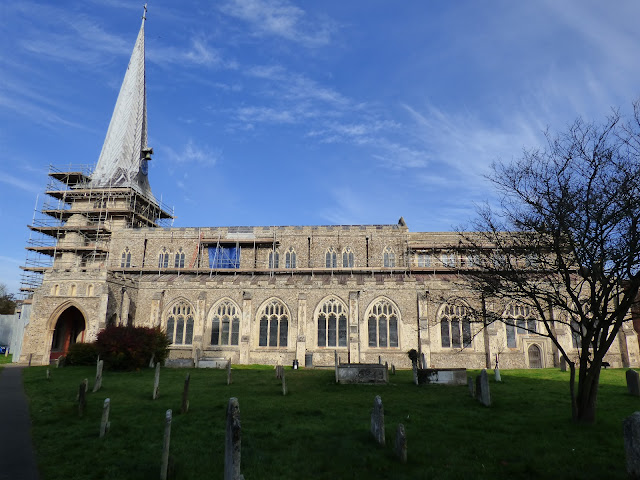 lots of repairs going on under what is the oldest spire in the county which is 71 foot tall on top of the 64 foot tower. 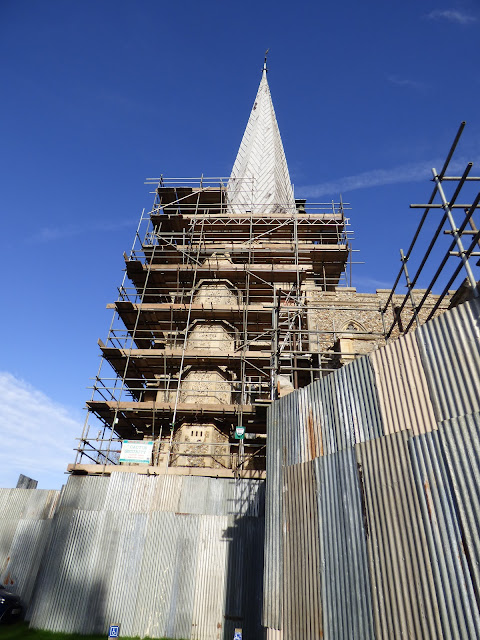 Zooming into see the clock with bell cast around 1280 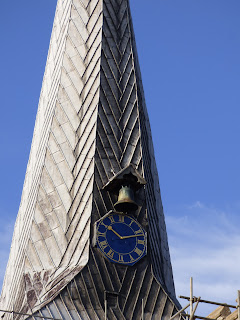 The church gets a mention in the 100 treasures book because of it's magnificent ancient carving of the wolf with the head of King Edmund. The wolf is thought to be a caricature of the clergy at the time.

It's much bigger than many pew end carvings although I have seen smaller ones elsewhere and probably dates from the C14. BUT if you follow the link at the end of the post Simon Knott thinks it is something different. 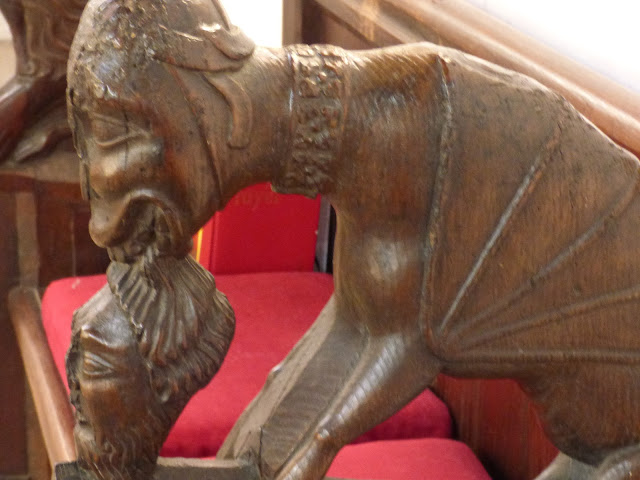 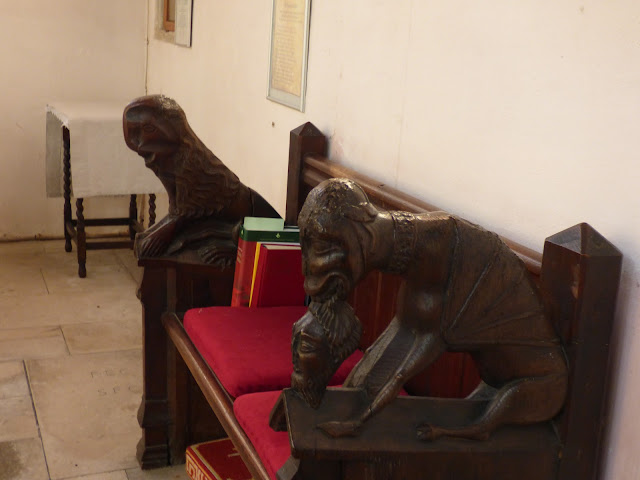 The large church has many stained glass windows and several include dedications for the person in who's memory they were made. 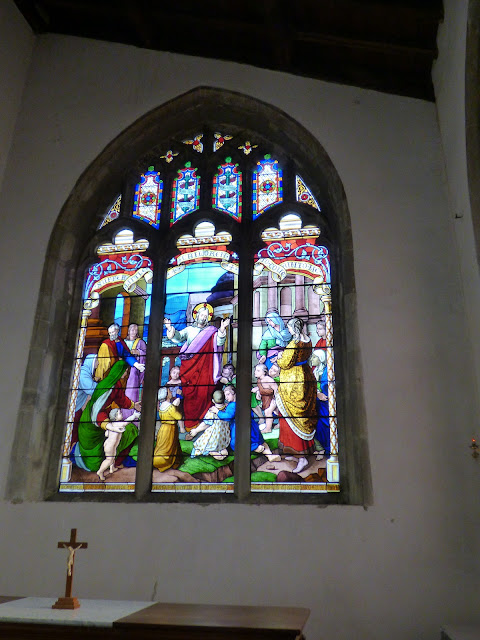 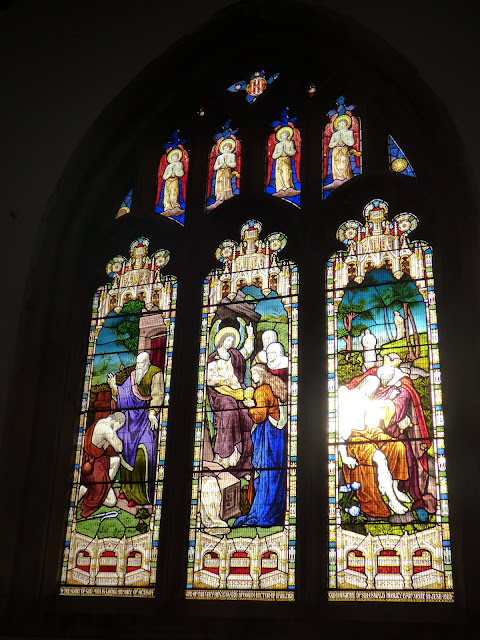 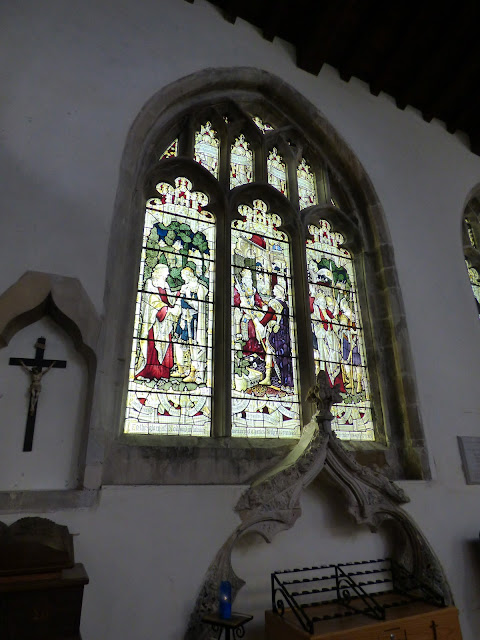 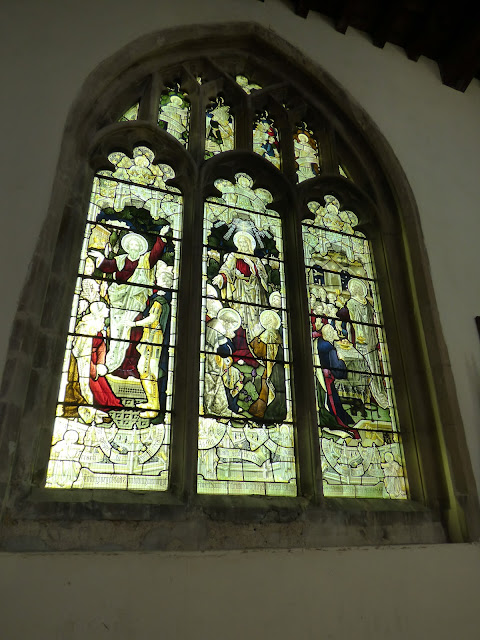 In the window below each panel is for a separate  person 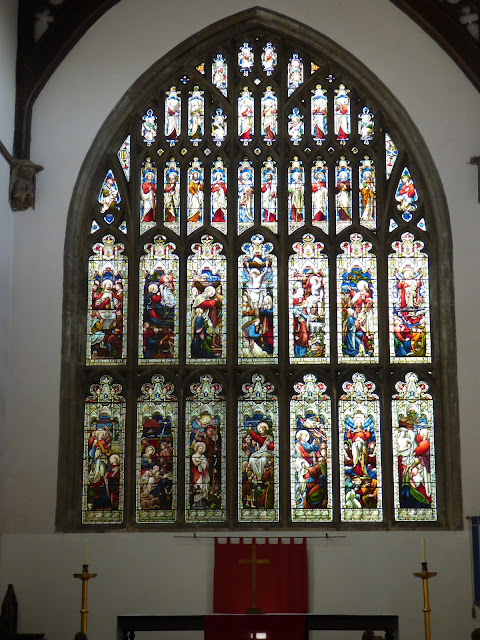 A more modern window on the north aisle 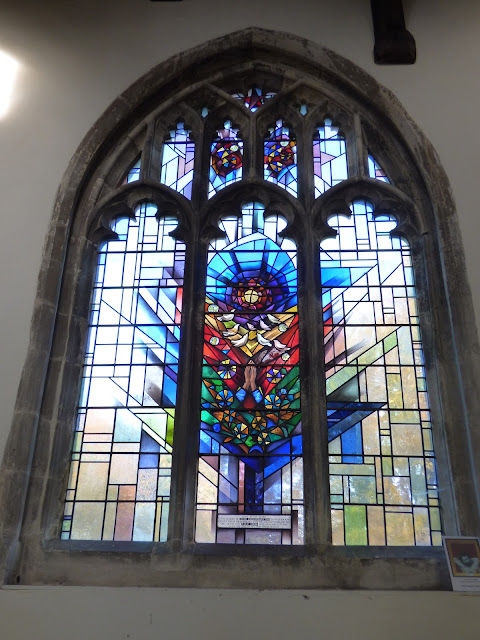 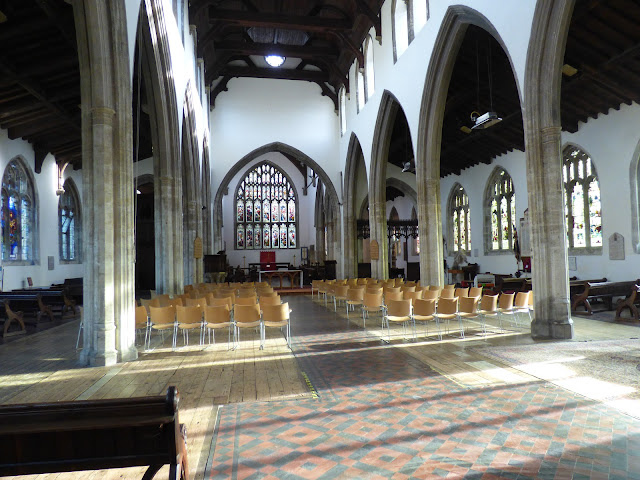 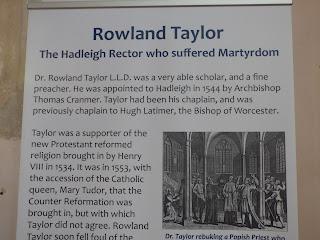 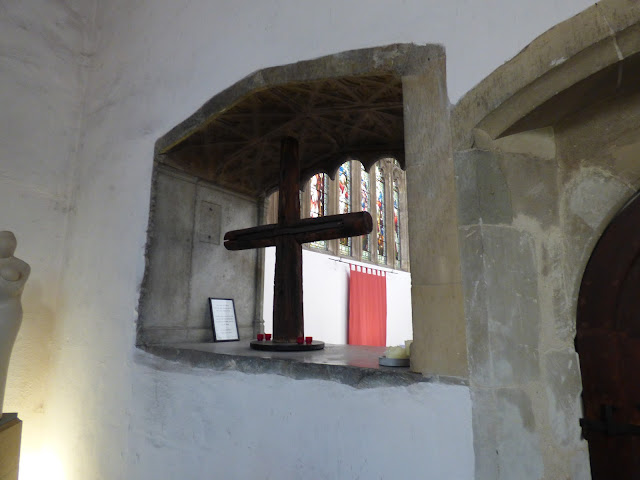 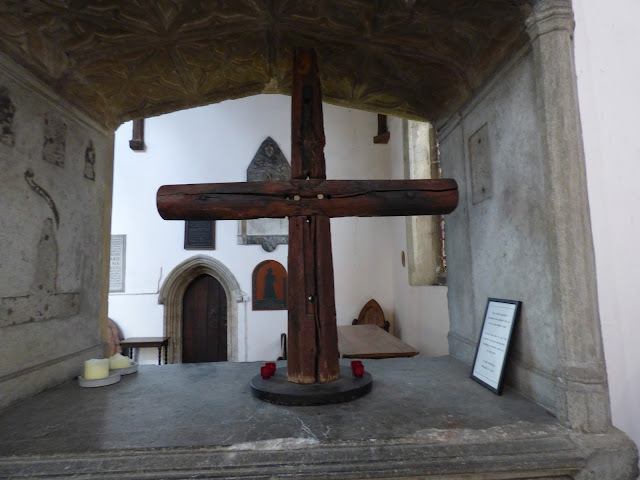 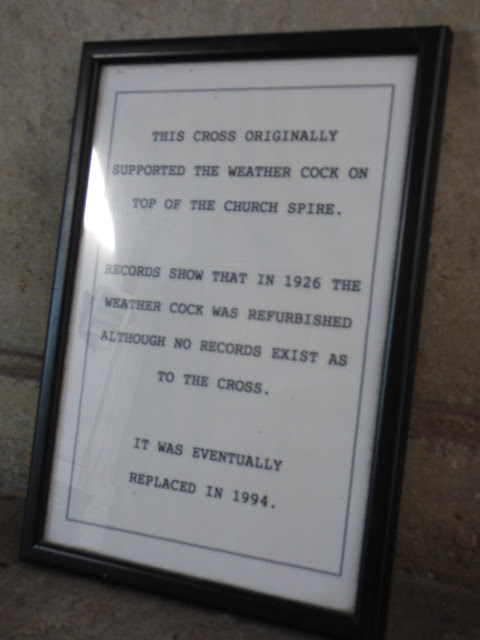 Many more photos and a much fuller explanation of everything in the church is on Simon Knott's Suffolk Churches website HERE
I took a few other photos that didn't come out very clearly so haven't included them
Back Tomorrow
Sue
Posted by Sue in Suffolk at 06:00
Email ThisBlogThis!Share to TwitterShare to FacebookShare to Pinterest
Labels: Suffolk Churches