Haughley Hoofers and a Mystery Morris

I wandered up the road to the pub one evening last week to take a couple of photos of the Haughley Hoofers and a Morris team (Were they East Suffolk Morris?although on a map of Dance Sides in Suffolk they don't exist and are  men rather than a mixed group).

Or another possibility is they could be the Hageneth Morris re-started (Hageneth was an old name for Haughley) but last I heard they had disbanded in 2019 although this group were wearing a similar costume as Hageneth used to.
I should have asked!  but it was only when writing this post that I discovered all the information!

Whoever they were, they were nowhere near as colourful and exuberant as some Morris sides - like Arils (Eccentric Amblings and Ramblings) blog.

It was only by chance that I knew they'd be there, having noticed a Facebook post on the local village page a few weeks ago, there were no posters up and no mention of them being here on their own websites. 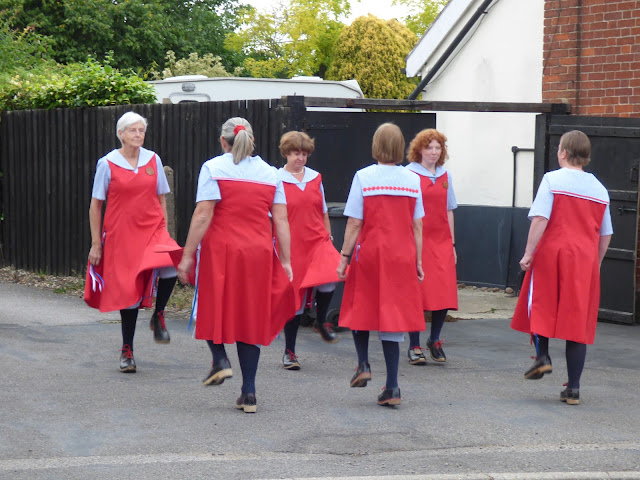 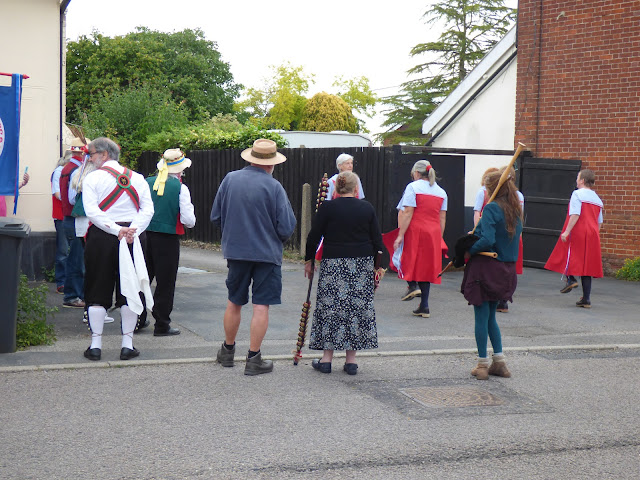 Accompanied by a type of bag pipes, bells on a stick, a penny whistle and accordion. 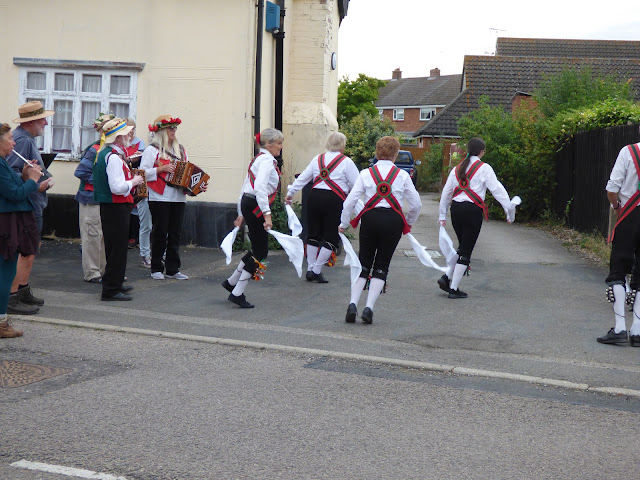 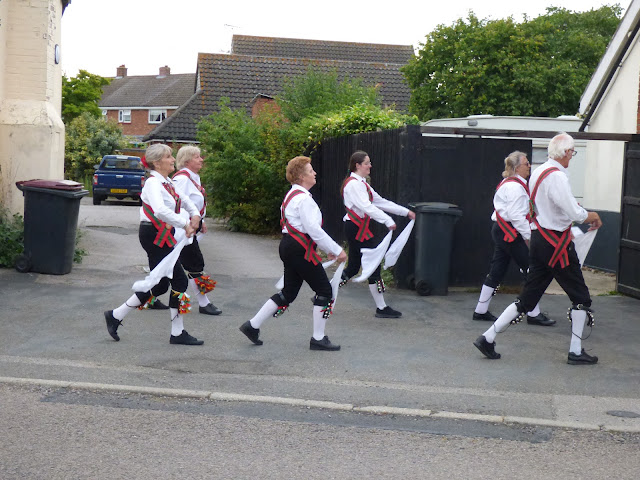 Posted by Sue in Suffolk at 06:00
Email ThisBlogThis!Share to TwitterShare to FacebookShare to Pinterest
Labels: Village Life