Seems an age since I took photos down the lane to show the changes each month and when I looked it was actually November 2017, so about time I did it again.
So here it is on a dull March day.

I'm standing on the road here to take a photo up the lane, you can just see the top of my house. 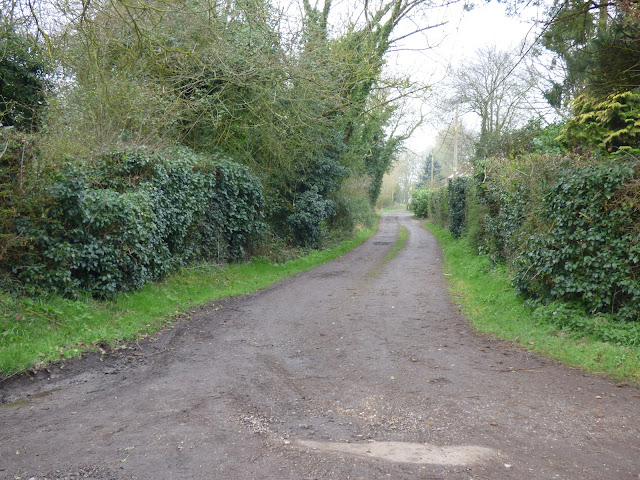 Opposite the houses in the lane is a wide ditch which is probably where they would have taken clay to build the original houses. They would have been made of clay lump standing on brick plinth and were built as cheap housing. Built  later than timber framed and wattle and daub and mostly now have block walls inside and out, which is what happened on the only remaining wall of clay lump here. This house was almost completely rebuilt and doubled in size in the 1970's .

The ditch holds water through the winter but dries out in the summer. 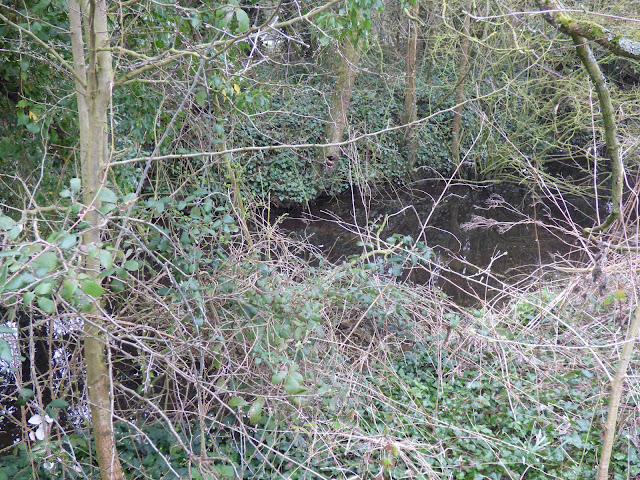 Pot holes up the lane. It was bad when we moved in 2 years ago and we shared the cost of having it sorted with road planings. (Asphalt scraped from roads that are having new surfaces). We had £20  worth of planings delivered just before Col died last year and next door neighbours used some to fill the potholes last summer, now the rain dripping from trees through the winter and the traffic up and down has made some holes appear again. 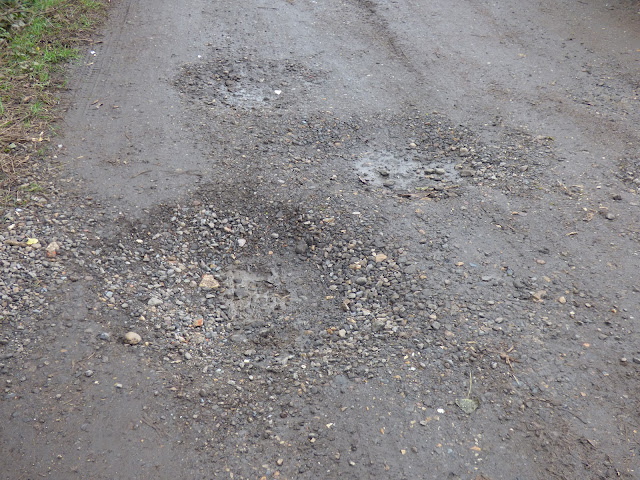 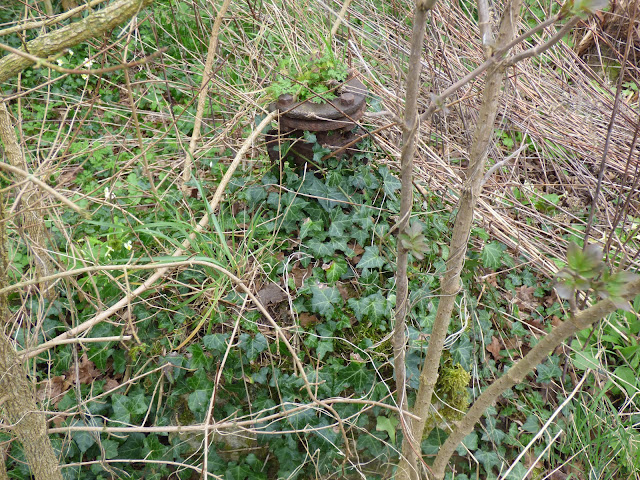 There are lots of primroses down the lane and some pink primula......and nettles. 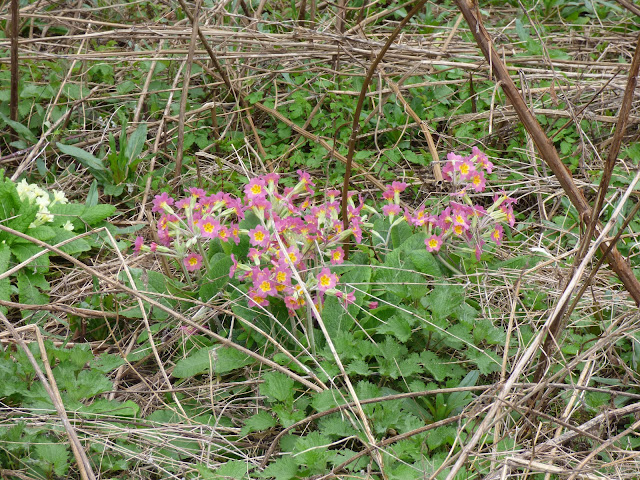 Below is opposite next door neighbours house and garden. She loves gardening so much that she's expanded her garden  to fill up the bank of the ditch 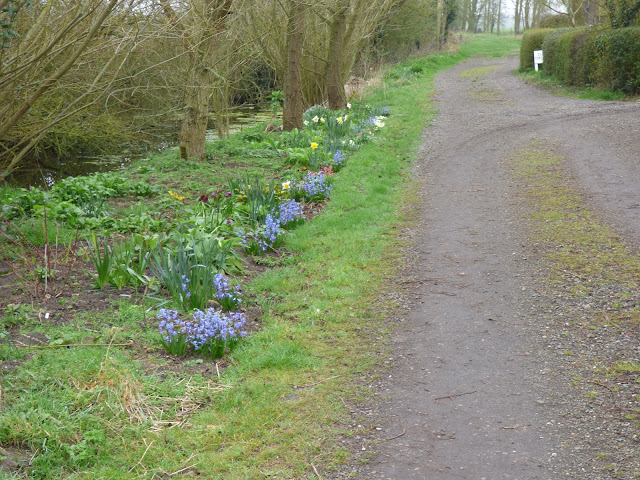 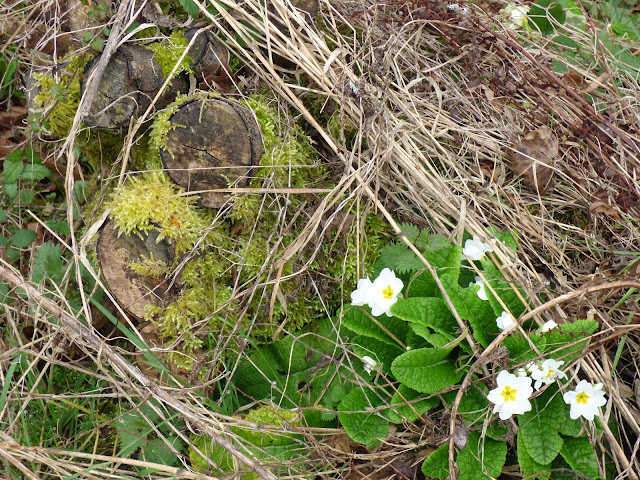 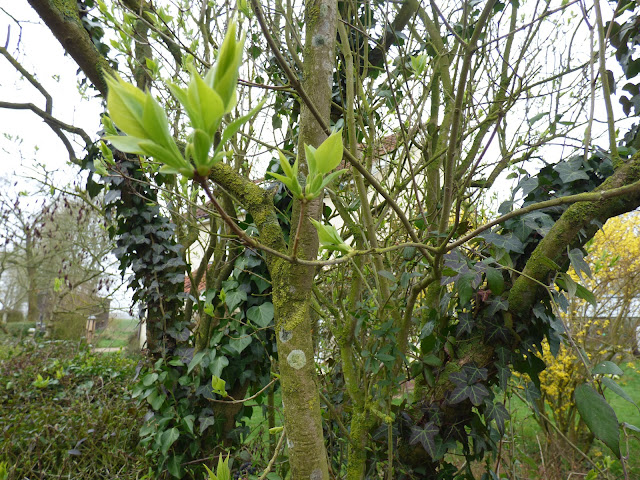 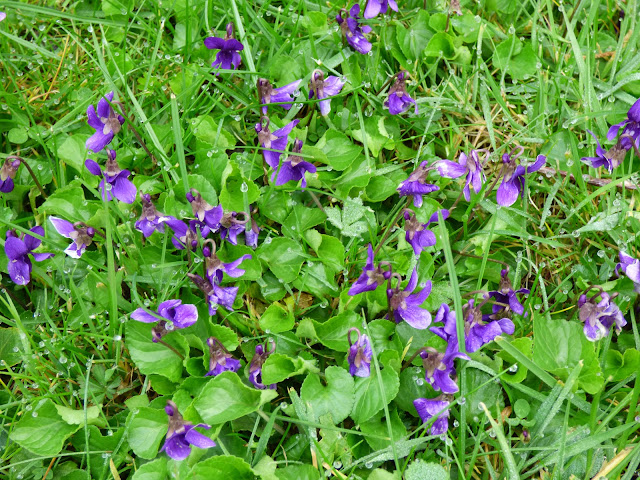 I found some comments on the Woolpit church post that I'd missed so hello to Jen who has worked out how to comment. Sharon asked about the phone box but I'm not sure if it's still a working one or not. I used to go to Woolpit often when son and DiL lived there but since they moved this was a special trip. Thank you to everyone who said they enjoy the church tours.

Posted by Sue in Suffolk at 06:00
Email ThisBlogThis!Share to TwitterShare to FacebookShare to Pinterest
Labels: The lane