A March  page from An Illustrated Country Year by Celia Lewis 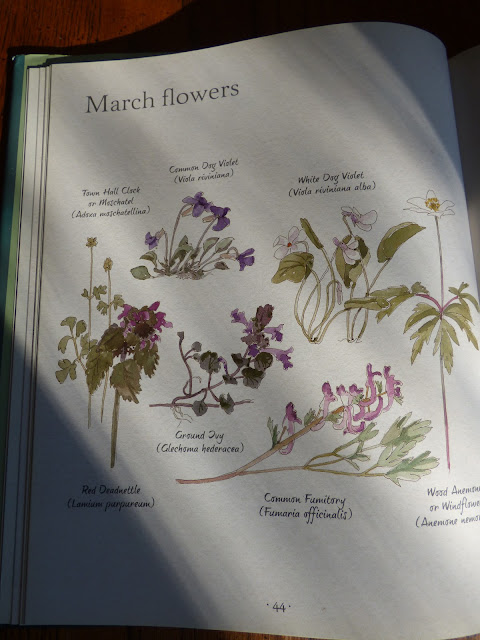 Wonder if the lovely weather here in the UK at the end of February might have lulled us into a false sense of security...........because I found this in Chambers Book of Days......

I Martius am! Once first, and now the third!
To lead the year was my appointed place;
A mortal dispossessed me by a word,
And set there Janus with the double face.
Hence I make war on all the human race;
I shake the cities with my hurricanes;
I flood the rivers and their banks efface,
And drown the farms and hamlets with my rains.

H.W. Longfellow. In the Harbour, The poets Calendar 1882


In the Roman calendar March,or Martius, was the first month of a new year. The month was named after Mars, the god of war and the guardian of agriculture. March was the month when both farming and warfare could begin again after winter.

The Saxons called it Lentmonat, or lengthening month, because of the equinox and lengthening of days and this is the origin of the word Lent.

There are many weather sayings,  the best known is


March winds and April showers
Bring forth May flowers.


It is the first mild day of March:
Each minute sweeter than before,
The redbreast sings from the tall larch
That stands beside our door.

There is a blessing in the air,
Which seems a sense of joy to yield
To the bare trees, and mountains bare,
And grass in the green field.

There's no getting away from the fact that through history we've always liked talking about the weather.

Back Tomorrow
Sue
Posted by Sue in Suffolk at 06:00
Email ThisBlogThis!Share to TwitterShare to FacebookShare to Pinterest
Labels: Folklore