The National Trust Anglo Saxon Burial Ship site at Sutton Hoo near Woodbridge has been shut all winter for "an exciting transformation". It was  certainly needed because how things were arranged before was pretty boring considering the uniqueness of this site.

Over the last month volunteers from Sutton Hoo have been touring Suffolk  with some of the artifacts (actually copies as the originals are in the British Museum) and information about how the new displays will look when it re-opens. 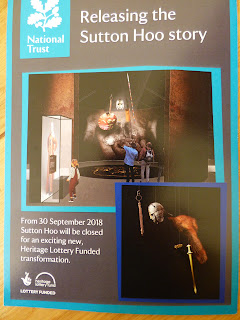 As they were just down the road in Debenham Primary School on Saturday I thought I would pop down to have a look and to find out if they would be open again before my Membership runs out in July!

They didn't really have a lot to look at.........a few craft activities for children and some boards with artists impressions of the new entrance.
The large metal representation of the helmet that was previously up high over the doorway will be down at eye-level........... much better. On the right of this artists impression you can see what will be a huge metal sculpture copying the remains of wooden ship which the archaeologists found in the original dig. 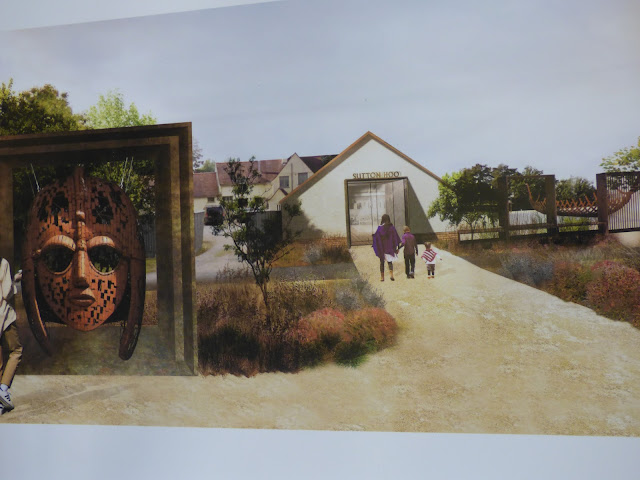 Below is the artists impression of the viewing tower which will be built to give a fantastic view of the whole burial site. I wondered how they would blend this in but is to be timber clad on three sides. 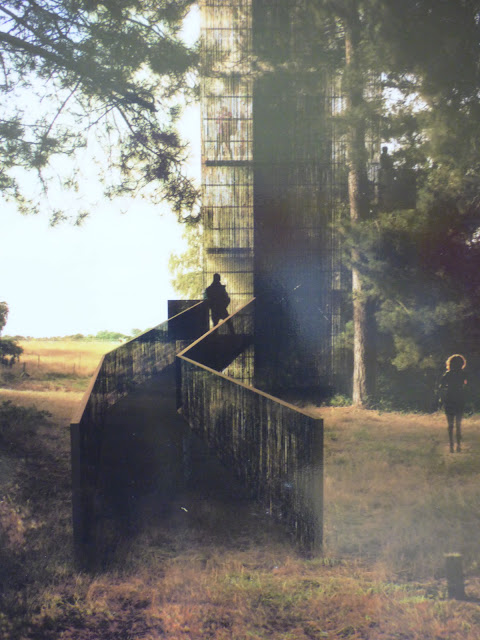 These are the copies of the treasures that were found in the ship burial, the amazing helmet 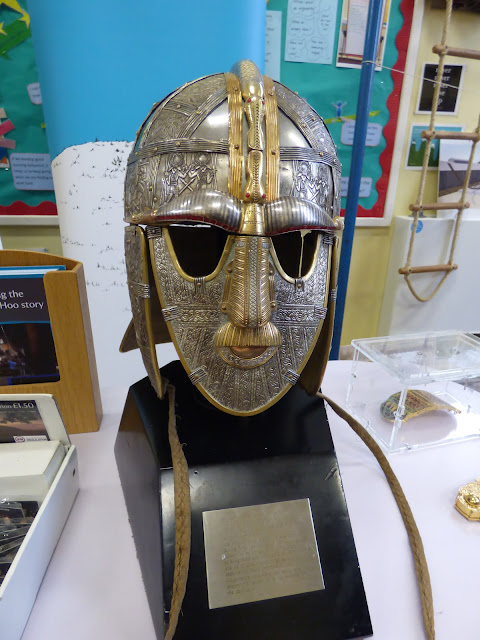 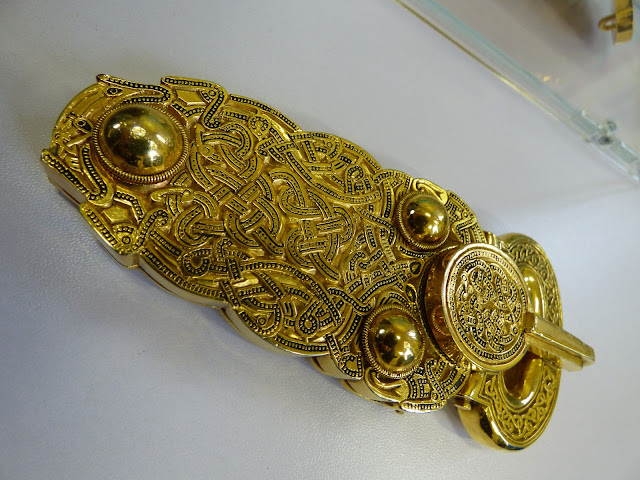 And this beautiful shoulder clasp 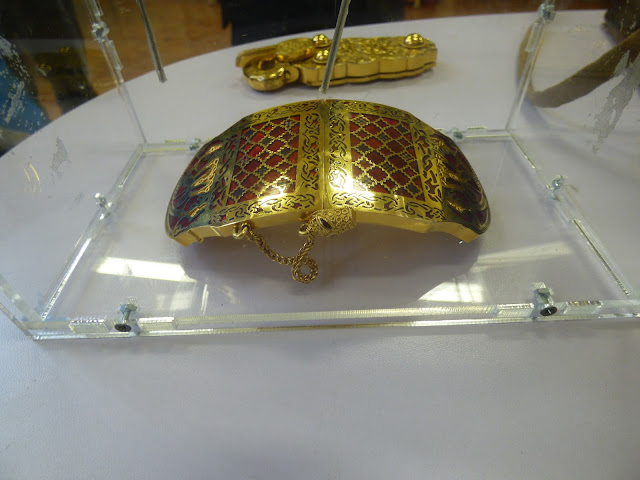 All this skill and wealth in what we know as The Dark Ages!


This is what The British Museum says about the ship burial

In 1939 Mrs Edith Pretty, a landowner at Sutton Hoo, Suffolk, asked archaeologist Basil Brown to investigate the largest of several Anglo-Saxon burial mounds on her property. Inside, he made one of the most spectacular archaeological discoveries of all time.
Beneath the mound was the imprint of a 27-metre-long ship. At its centre was a ruined burial chamber packed with treasures: Byzantine silverware, sumptuous gold jewellery, a lavish feasting set, and most famously, an ornate iron helmet. Dating to the early AD 600s, this outstanding burial clearly commemorated a leading figure of East Anglia, the local Anglo-Saxon kingdom. It may even have belonged to a king.
The Sutton Hoo ship burial provides remarkable insights into early Anglo-Saxon England. It reveals a place of exquisite craftsmanship and extensive international connections, spanning Europe and beyond. It also shows that the world of great halls, glittering treasures and formidable warriors described in Anglo-Saxon poetry was not a myth.

They are going to be open in the summer but not all the work will be finished. I'll  go and have a look before my membership runs out but the Grand Re-opening is not until September.

PS. Did you know there is only one factory in the whole country making dried pasta? No I didn't either until yesterdays local news...........it's in Norwich. They are making more than usual...... Just In Case, but their flour comes from the France but don't have a pasta panic as they have 6 months of flour in storage in Gt Yarmouth.
Posted by Sue in Suffolk at 06:00
Email ThisBlogThis!Share to TwitterShare to FacebookShare to Pinterest
Labels: Local Events