All my Christmas plans for last week went down the drain last Saturday, halfway through the Strictly semi -final. I moved to get up to put the kettle on and OUCH! something  nasty and VERY painful happened  to somewhere behind the knee and it stuck bent.

I'd never known anything like this before and unable to move plus no way of getting to A & E (Eldest and Son in Law were here but had had wine) after phone calls ended up with lovely Ambulance people here (I didn't call them but dialed 111 for advice - and then they called an ambulance). I felt so stupid - an ambulance for a non-emergency is just not right- but he said all their calls in their  shift so far had been to non emergencies and all were 111 referrals.

After he'd decided it was something to do with cartilage and I'd had enough gas and air to make me woozy he  pulled and bent the knee so I was able to straighten it enough to stand up. It was something that was going to be very painful for several days (and nights) and the only thing to do was ice-packs, rest, gentle moving, paracetamol, ibuprofen and time.

Luckily I had food enough for me and cat and got Son and SiL to bring some wood in before they went home on Sunday.

But looking on the positive side of all those days at home - I had plenty of time to finish writing Christmas cards and letters and wrapping parcels ready to post! 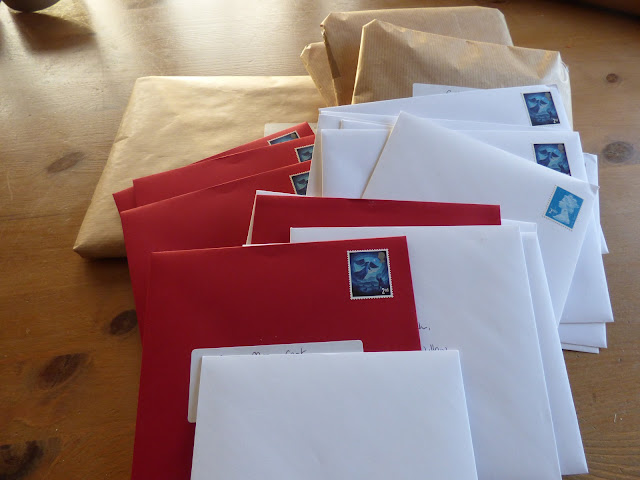 I went online and referred myself to Physio too, which will help .

Annoying that something that took a second to do is going to take weeks to put right.

Friday I tested  the knee a bit further and drove the 5 miles to Debenham  for the Co-op so I could get some fruit and post off the parcels.
No use wanting to use  the cash machine at the Co-op, someone nicked it again in November for the second time in two years, so everything is boarded up again. 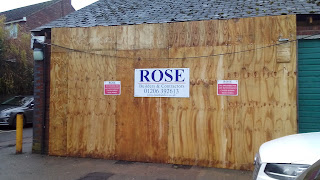 It could do with having more protection in front as the thieves just used the prongs on a stolen front loader to smash it out and load it into a van. (The police found it, still intact, in a van and arrested someone in Essex and still searching for 2 more people). 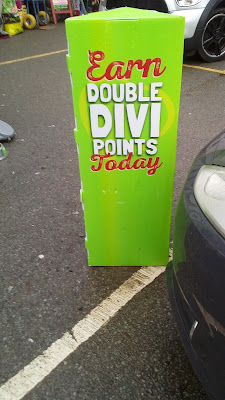 and I picked up 3 of these which can go in the cupboard for the Grandchildren ready for a few years time.....lots of Christmassy dot-to-dots, colouring and things to do. 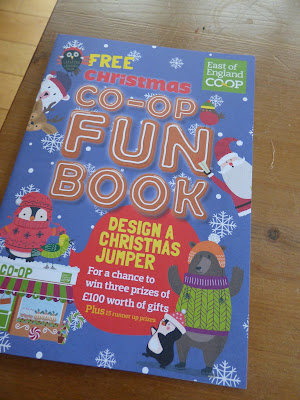 I'm sure to be be called upon for pre-Christmas child minding once they reach school age! Having plenty of crafting things to do was the secret to happy children when I was a childminder.