December 9th and The First Card

The First Christmas card was produced by Henry Cole, founder of the Victoria and Albert Museum in 1843. It was specially produced to be sent by the new penny post which had started in 1840. The cards were sold at Felix Summerley's Treasure House - a store in Bond Street London. They cost a shilling each and were a big commercial failure. But the idea didn't disappear completely and by 1860 many were being sent and when the halfpenny post for unsealed envelopes was introduced in 1870 then everyone started to send cards.
The first plea to "Post Early for Christmas" was in 1880.

The Victorians loved scrapbooks and albums and soon cards became larger and more colourful so they could be fixed into their albums and shown  to visitors during the year.

And yes! it had a robin, and a postbox and snow - all my favourite things for a card. 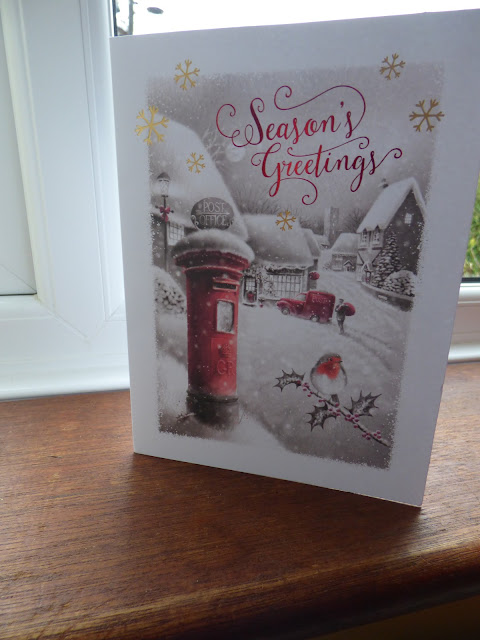 I must get on with card writing and posting them out. I have letters to put with some which always slows things down. I'm so bad at letter writing now I have the blog.

Back Tomorrow
Sue
Posted by Sue in Suffolk at 07:00
Email ThisBlogThis!Share to TwitterShare to FacebookShare to Pinterest
Labels: Advent Photos 2019