My Thursday exercise took me on my bike along the road, round some corners, down a hill, round another  corner until I came to the Mill House, with the church behind it 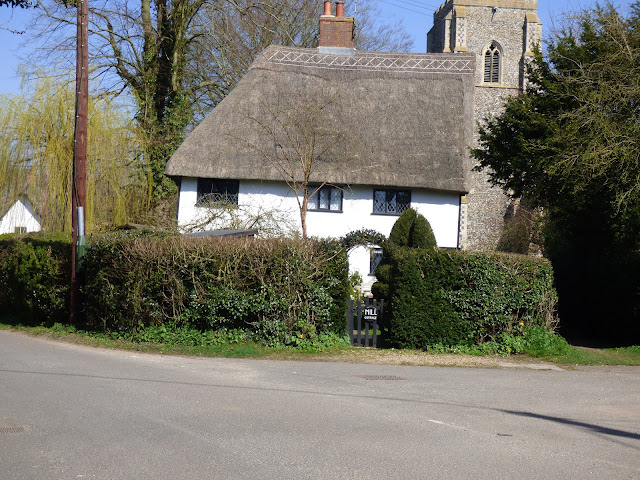 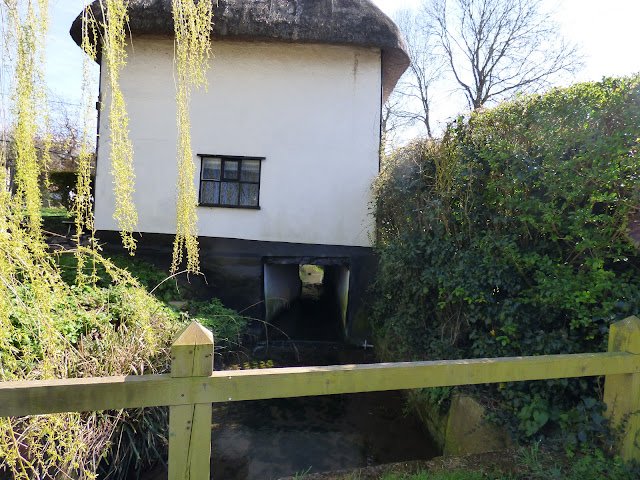 Nearby is the village phone-box. No longer in use as a phone box it has become an information point for the 6 mile village cycle ride loop and has this wonderful stained glass. It now also contains a USB point for people to charge mobile phones. 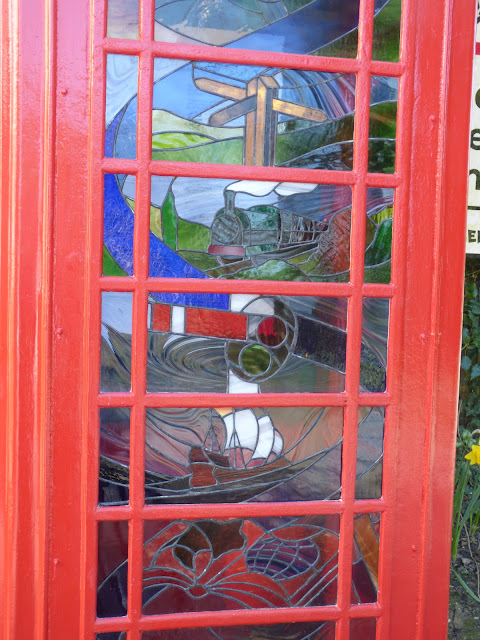 Close by is this magnificent Magnolia - just coming into flower 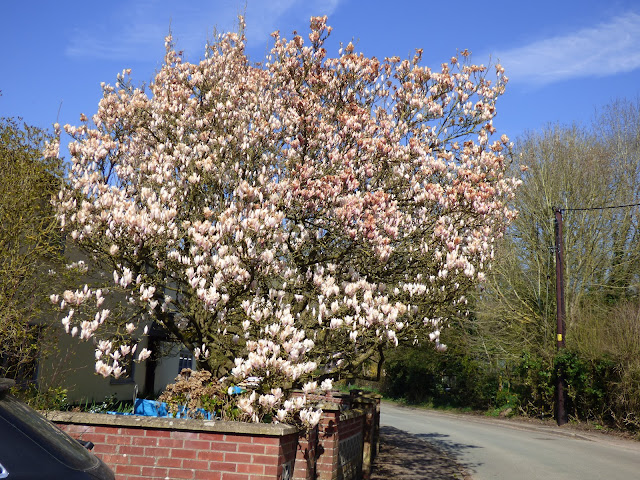 On my journey I saw one other cyclist, one lady on her horse, two people walking and about 5 cars - which is just about normal for a sunny day in our quiet rural village.

On the way home I took a photo of the Horse Chestnut with leaves just opening and 'candles' just appearing, it was  very windy so a bit of a blurry photo. 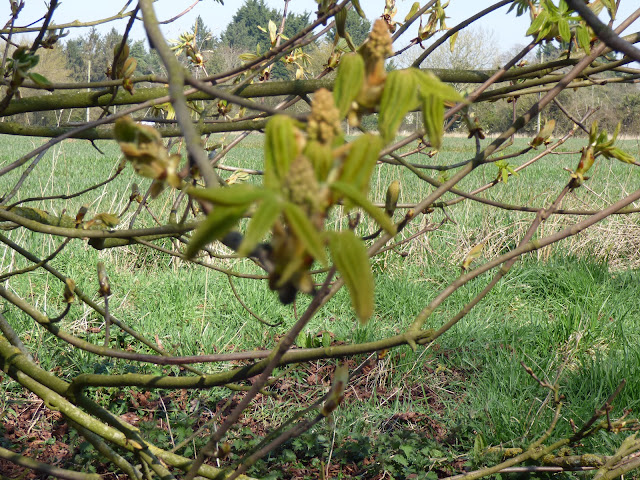 Nature looking fresh and green all around.

But look at my cucumber plants. That B***** cat managed to pick her way over other things on the table in the conservatory to take some bites out of the leaves.......every year she does this, every year I think I've stopped her getting anywhere near them. It's only the cucumber plants and only when they are small and hopefully they'll recover. 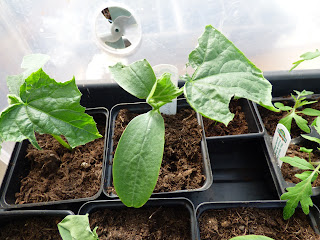 She's a dear little cat but at the moment is being a right pain, I'm sure she's picking up the unsettled feeling from me - dogs do but can cats?.................. She's got in the habit of dashing round the bedroom and scratching the carpet just as it's getting light. I now keep the cat flap shut at night to keep out the cat that was coming in and pinching Polly's food so I  go down and unlock the cat-flap but she doesn't want to go out - she just wants me to get up. I've tried shutting her out of the bedroom but then she just scratches at the door and miaows plaintively.

This week I'm so grateful for

Why does nobody tell you that when you have children you carry on worrying about them whatever age they are?

Posted by Sue in Suffolk at 07:00
Email ThisBlogThis!Share to TwitterShare to FacebookShare to Pinterest
Labels: On My Bike, STRANGE TIMES