St John the Baptist at Badingham 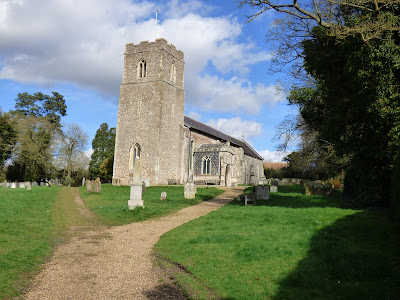 The reason Badingham church gets into the 100 treasures book is because of the seven sacrament font. Although there are fonts carved similarly in many other churches in Suffolk and Norfolk this is supposedly the best. The carvings are still crisp even though the font dates back to 1480 and it somehow missed destruction during the Reformation years. 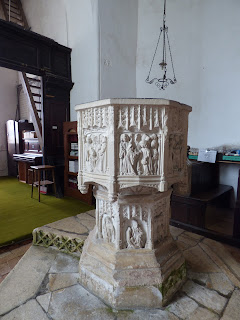 This panel below shows extreme unction. The dying man in his bed is being annointed with holy oil, while his wife weeps into a handkerchief. By the bed are his shoes and chamber pot 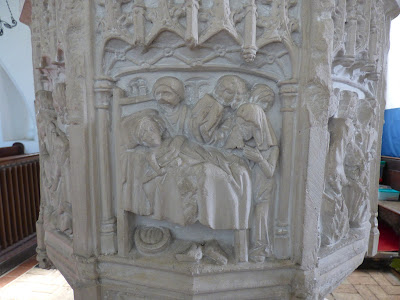 Badingham church is built on a slope - upwards towards the altar, which looks very strange when you first walk in. The is a two foot difference from west to east. There is scaffolding up in the church at the moment where some of the roof carvings are being repaired 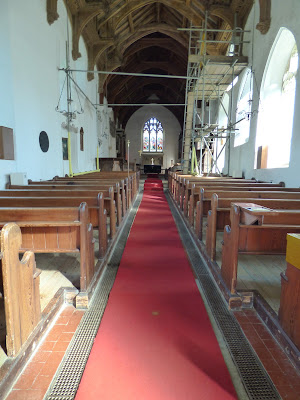 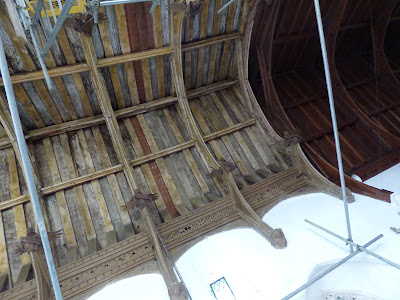 Sorry I'm slightly on the huh - as we say in Suffolk -  with a couple of photos. (No alchohol had been consumed!)

Below is a huge tomb - unusual in a small village church. It is for a lawyer William Cotton and his wife, with life size effigies. It dates back to James 1st in the early C17 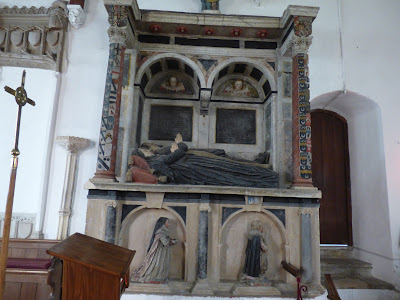 One large stained glass window over the altar

And a couple of smaller ones 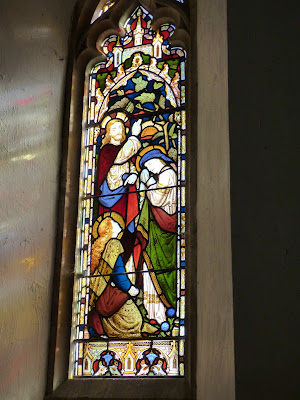 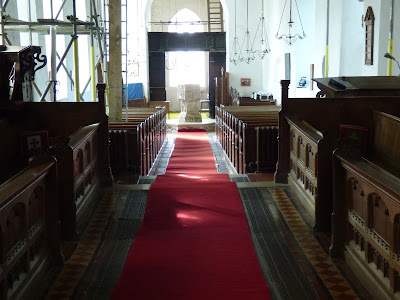 A strange cat corbel in the porch, dating back to the C12 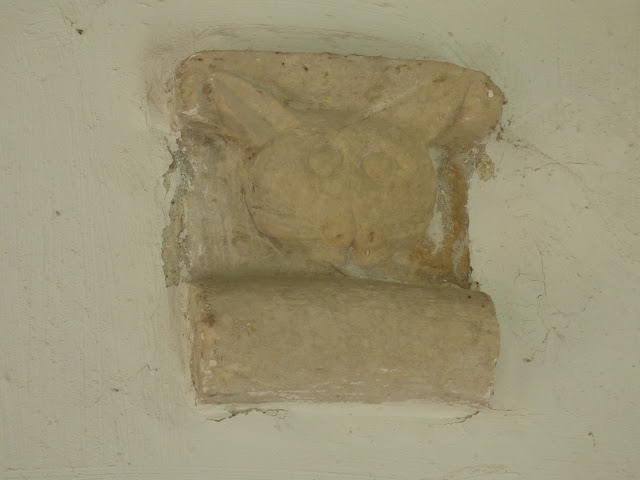 Another porch where the flints have been used as decoration 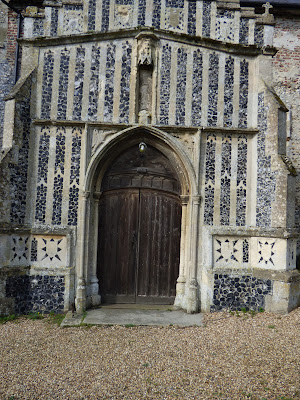 Thank you to everyone for yesterdays supporting comments.

I'd had no problems with teeth in the last 7 months so thought I was getting away with just a check up but No, after X-rays he found decay under a filling so I'm going to have my first crowned tooth - costing a blinkin' fortune. An expense I could do without with the new sewer costs coming later this year.


Back Tomorrow
Sue
Posted by Sue in Suffolk at 07:00
Email ThisBlogThis!Share to TwitterShare to FacebookShare to Pinterest
Labels: Suffolk Churches