Well here we are as expected - LOCKED DOWN - but sooner than we all thought. I do understand it even though there have only been 20 or so cases in Suffolk.  There are hardly any police here (all small police stations closed several years ago) to check on us all so I bet rules will be ignored by many people!

I had a parcel to post and have no idea if the Post Office inside the Co-op will be open. The Welsh Minister clearly said that PO's and banks in Wales are staying open but no mention by Boris for England. So I will go out for fruit and find out and need to see about vets being open - I guess not.


A church post from drafts.
This is the 50th church I've visited out of 100 in the book. There are a few left in Mid and East Suffolk to visit but most of the remaining 50  are many miles away and need a day trip out - something I won't be doing in the foreseeable future.

There was a problem with the 'treasure' that gets this church a mention in the 100 churches book.....I couldn't find it. But then I realised the Brass effigy of a priest and other brasses were hidden under large mats around the altar - to keep them safe and clean I guess. So no photos, but there was a framed picture on the wall of pieces of  some of the brasses. 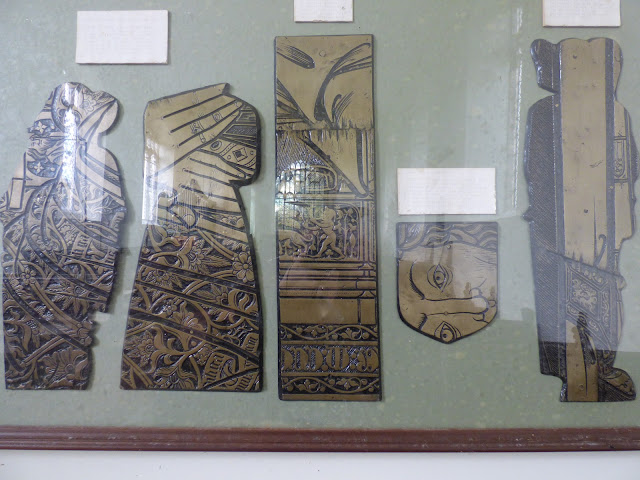 Brundish is a tiny village in the middle of farmland,  perhaps that's why the Victorians didn't do much 'improvement'. So it is very plain and even the few bits of stained glass disappeared thanks to a stray German bomb in 1941. Apparently it has undergone quite a lot of restoration work in the last 20 years.

The tower seems very square and solid because it has no buttresses. It was originally Norman and the lower half survived a 14C rebuilding 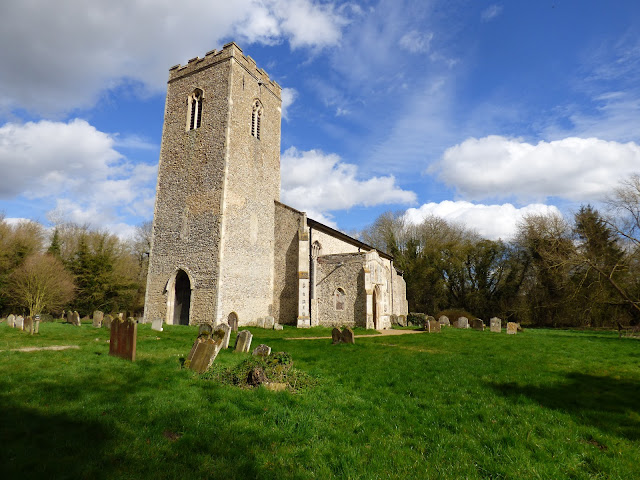 The view down the Nave towards the altar - a very light plain church. There are some box pews for the gentry at the front while the commoners had to sit freezing in the ordinary pews behind. 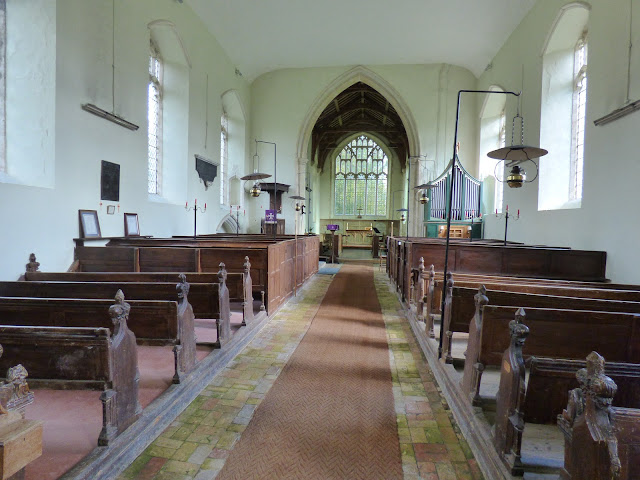 The pulpit, with its C17 Tester or sounding board so that the preachers voice was projected forward 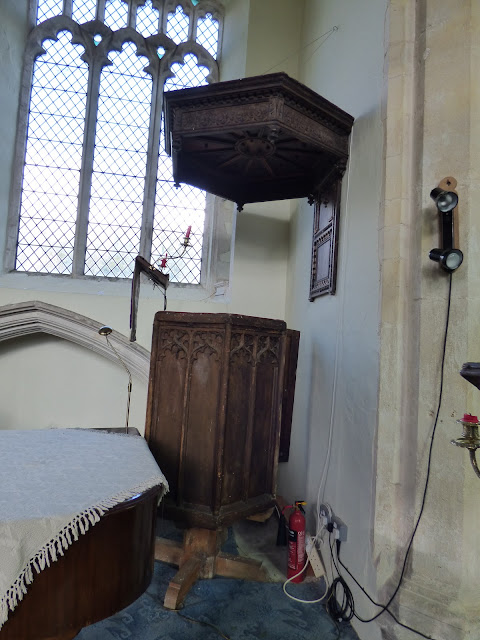 The pipe organ is almost new. I thought I'd taken a photo of the notice on the side, which tells it's story but found later that I hadn't...Duh. But I do know it was built in the last 20 years by Peter Bumpstead who was at Stowmarket Grammar School at the same time as I was although a year older I think. 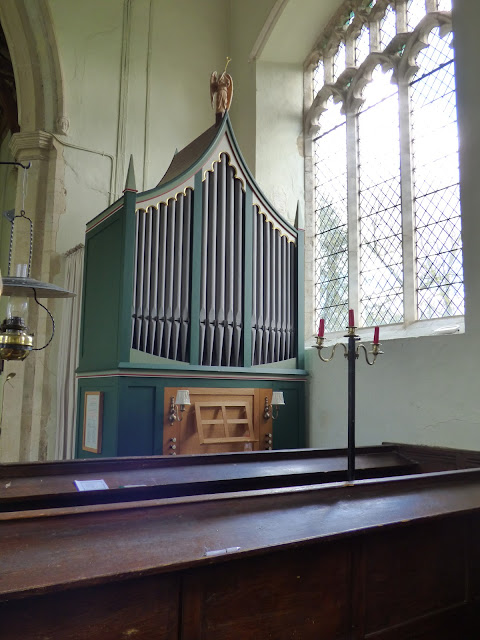 In contrast to the new organ, the door is probably as old as the doorway. It is covered with studs, nail holes and pins where notices have been affixed for 600 years! 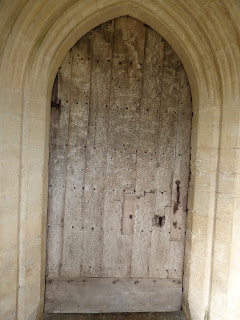 There is much more on the Suffolk Churches Website including photos of the brasses.

Posted by Sue in Suffolk at 07:00
Email ThisBlogThis!Share to TwitterShare to FacebookShare to Pinterest
Labels: STRANGE TIMES, Suffolk Churches