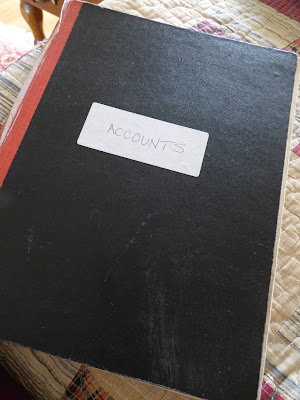 This is another tip for saving money for those with changed circumstances.......KNOW WHAT YOU'VE SPENT. If you keep records of what you spend you can see which bills are due each month, find where you've spent too much and see where you can save. I prefer pen and paper in an accounts book but if you are better than me at digital stuff then there's probably an app.


Well, apart from the first 2 weeks NOT a normal March at all. Most of the big money expenses were in those first 2 weeks  before all the restriction of staying at  home.
I had a big dentist payment for my check up and x rays and they've started to take a £120 deposit when lots of work is needed (to make sure people go back I guess). So they've had the money but the appointment for that major work has been cancelled.
I also had the car serviced and MOT test done which was timely -  no problems there.
Other expenses were an order of wild bird food - I don't regret that one as I'm enjoying watching them being so busy while I'm home alone.
All the usual things - diesel for the car, food for me and the cat, phones and broadband and charity direct debits.
Also quarterly electric bill, window cleaner, the cat calming stuff refills (they work - mostly).
I'd begun to prepare for the Easter get together before lock-down - all the family were going to be here - the cupboard with Easter eggs may need lock and key!

Income is just the same as usual - County Council spouses pension. Bits of interest from savings. Family loan repayments have been put on hold for a while.


The Frugal Bits and Bobs


Looking Forward to April (have to look forward with hope)
There will be the bill for the boiler repair - he was here 2 hours and had to put in a new something because the rubber seals had gone. And here's an interesting fact.......... There is now a percentage of bio-oil in heating oil which reacts with rubber seals on pumps etc, so all round the country older oil boilers are leaking and having to have work done.
Looking at last Aprils expenses in the accounts book I can see that there was money spent on things that are not happening this year - holiday, Suffolk Show ticket, hair cut. Heating oil is still OK and I won't be shopping for shoes, clothes or at boot sales or spending much on diesel.
Just the TV licence due - looks as if it will be a very low spend month!

Meanwhile...................................
You would think that after living here for 3 years I would know where things were round about but yesterday I discovered my nearest Post Office is not where I thought - nearly 5 miles away in Debenham, but down a couple of little lanes, through a ford (no water flowing luckily) in one of the villages that I never go through, in fact no one goes there unless they live there or are lost! It's one of the few remaining little post offices attached to a house and the lady running it has been there 40 years! So more parcels of "things to do" have been sent off to the two oldest grandchildren. I'm glad I collected so many bits and bobs from boot sales last year.
I fixed up the other "Clear up after your dog" sign and potted on the yellow mini plum tomatoes, then lit the wood-burner early again as it's still blinkin' chilly with pouring rain late afternoon. At least the grass isn't growing as the mower repair man is out of action all week again, so no chance of getting the ride on mower sorted this week.

I'll leave you with this thought.............If you think the noise you can hear while fiddling on the blog is just more rain on the conservatory roof, it might not be, it could be the carrots boiling dry in a saucepan!