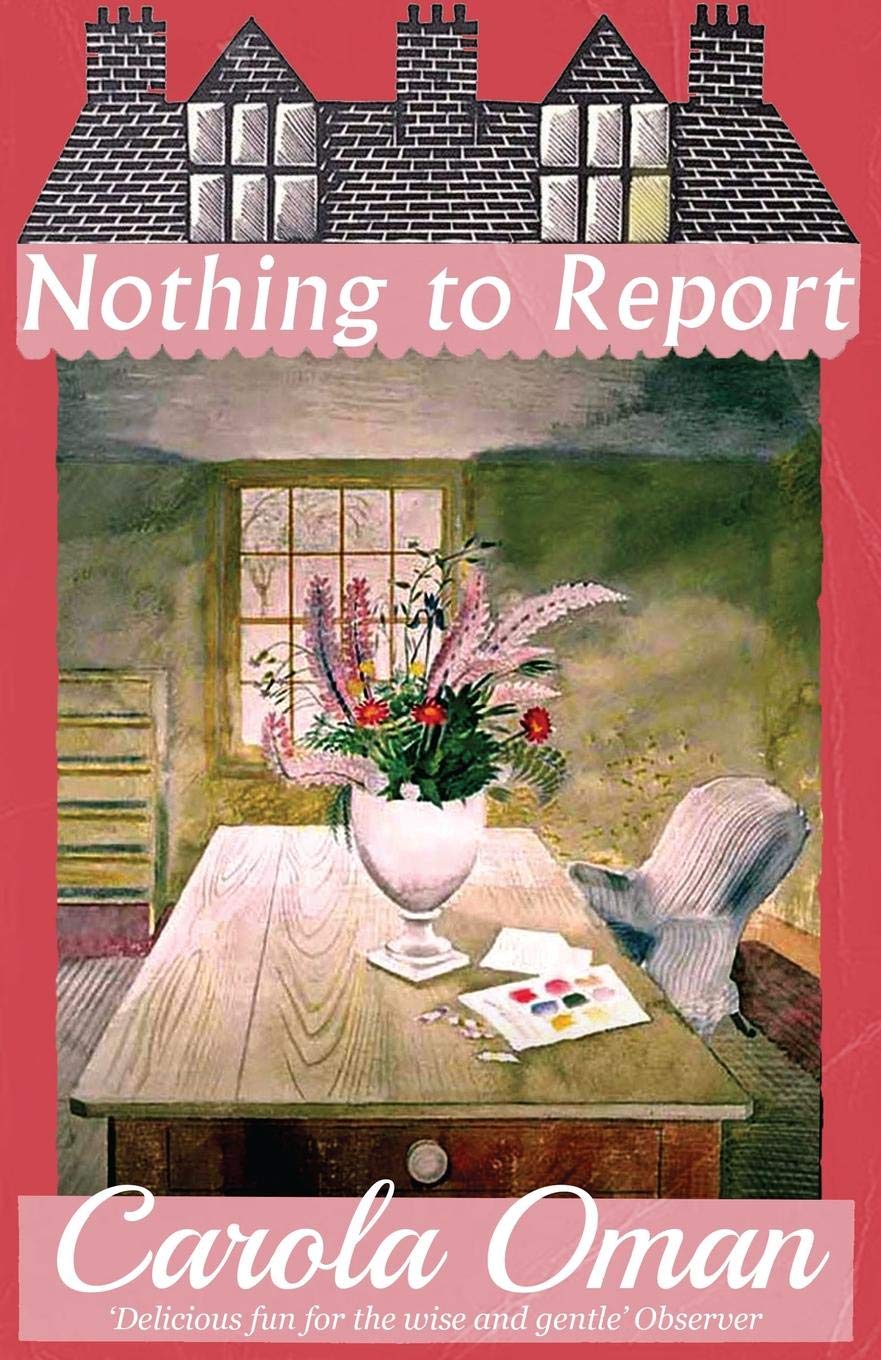 It took me an age to finish this book. Not because it was long or uninteresting but because it just didn't grab me and make me want to rush through like my previous read.

This is what it says on Amazon...........................
Known for her bestselling historical fiction, in Nothing to Report Carola Oman delightfully evokes E.M. Delafield’s Provincial Lady in her portrayal of an English village cheerfully, hilariously, and sometimes bumpily progressing from obliviousness to the war’s approach to pulling together for king and country.

But in my opinion it's not a patch on Provincial Lady, it just sort of plods along until the end, which perhaps I should have known from the title!

I've got the follow-up "Somewhere in England" to read sometime, perhaps that will be better.


The frosts on Monday night, Wednesday night and Thursday night didn't do the potatoes much good. I'd earthed them up as much as possible, just have to hope they recover and it doesn't let blight in. And I'm also worried about a couple of the tomato plants which have some brown blotches on the leaves, surely it's too early for blight?
The tomatoes on the Ildi plants which are a yellow mini plum are beginning to set 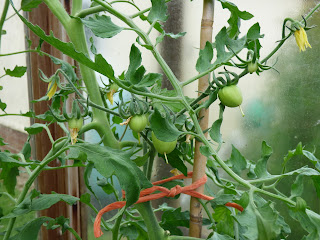 and luckily I have some Tomato feed left from last year. I think that's something they will have at the hardware shop in Debenham..........don't want to have to go to a Nursery - for one thing it will be so busy as we don't have many around and they are nearly 15 miles away.
I've made some more 'fences' from sacking stapled to wooden stakes so I could plant out the rest of the French Climbing beans. The fences give a bit of protection from windy weather until they get well rooted. Also yesterday the peas that I'd sown in a bit of guttering got planted out and covered with a plastic tunnel and I also put the 16 Brassica plants in the garden, surrounded them with the wire-netting panels that BiL made for me last year and covered the top with a net.
Next job is to sow more beetroot seed in the many gaps and get the courgette, squash and pumpkin plants out and I must soon sow Runner Bean seeds. There's weeding  in the soft fruit beds to do too and grass to cut of course, those jobs should keep me busy for a while!

I'm not planning to do much driving anywhere this weekend even though we are now allowed to drive to walk, that's something we didn't do much wherever we've lived, so no "flocking to a beauty spot" for me. My spending on diesel through last year averaged around £70 a month.......That's a big chunk and I was  only regularly driving to swimming pool, visiting family, car boot sales and shopping. Then add in all the other trips to things now cancelled and some weeks I was driving somewhere every day. That's something that I'm hoping to slow down on.

With no boot sales to visit I've not been able to find any bits and bobs for grandchildren and what I did get last year have now been posted off to them to keep them occupied at home. Perusing ebay I found a big bundle of secondhand Orchard Games toys - lots of boxes for different ages -  and managed to get them at a decent price. I think it would have taken several trips to bootsales and charity shops to find all these 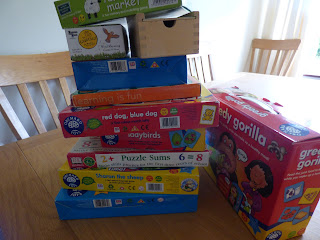 So now I've stocked up again and have some things for Eldest Grandson's 4th birthday later this month.

Have a good weekend - Stay Alert!
Back Monday
Sue
Posted by Sue in Suffolk at 07:00
Email ThisBlogThis!Share to TwitterShare to FacebookShare to Pinterest
Labels: Being Grateful, Grandchildren, Greenhouse growing, Growing Food, My Books, STRANGE TIMES, Tomatoes