There are big patches of Red Campion along the road verges not far from home. They are so pretty and being taller and very pink they show up really well. 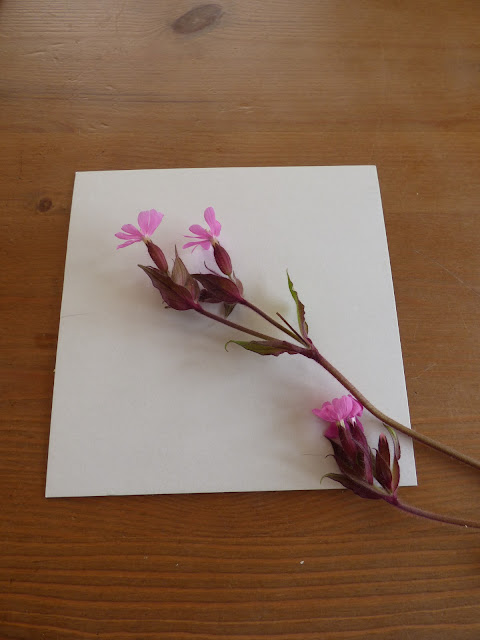 But what I don't see so often is White Campion which were so common along the road edges when I was very young. We walked half a mile to primary school every day and got to know the names of all the plants we saw along the way.
At this time there was a TV programme called "Champion, The Wonder Horse" with a very distinctive theme tune and White Campion became and was sung as  "Campion The Wonder Flower"!


I see from Wikiwotsit that it was on TV in the mid 50's but as we were walking to primary school between 1960 and 1965 it must have been repeated again and again......just like programmes now!


Garden flowers brought in for the table this week - 3 Peonies 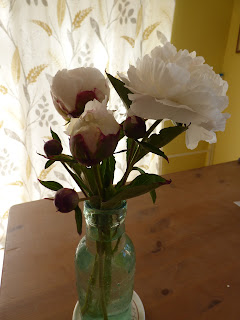 Back Tomorrow
Sue
Posted by Sue in Suffolk at 07:00
Email ThisBlogThis!Share to TwitterShare to FacebookShare to Pinterest
Labels: Flowers on the Table, Memories, Natural world