The church of All Saints at Thorndon isn't one of those featured in the 100 Treasures in 100 Suffolk Churches book so despite it being so close to home I'd not visited until the Saturday the village had a garage/yard sale event.

Most villages in Suffolk (and many other counties) have fascinating village signs .......maybe I should start another new hobby! 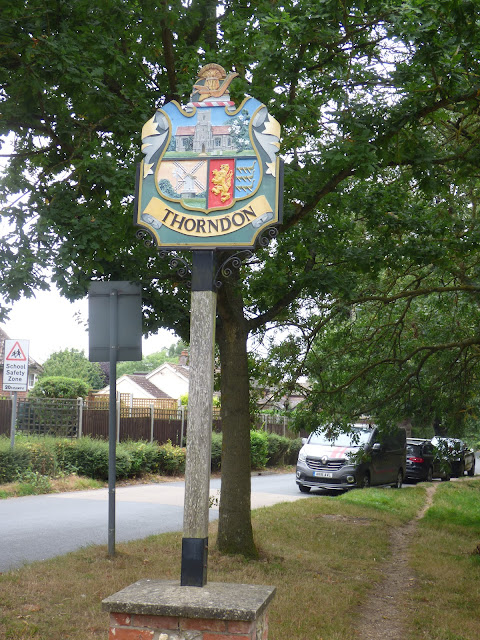 I couldn't get a good photo because of the trees but the tower of the church is on the south side rather than at the west end. So the bottom of the tower forms the entrance porch 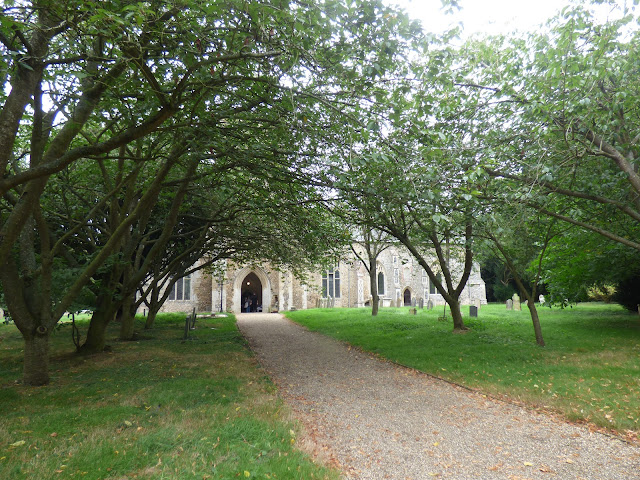 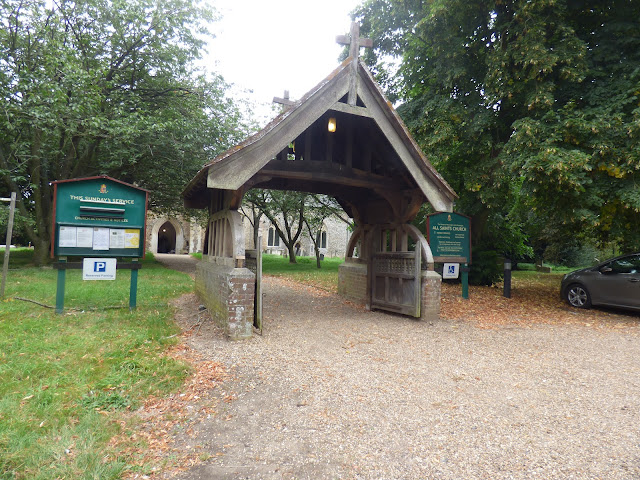 The church was open as they were doing refreshments while the garage sale event was happening. I didn't really need a cuppa - being only 10 minutes from home -  so as my donation to the church I bought a couple of cup-cakes to take home.

The church is unusually wide compared to many others in Suffolk yet only has a centre aisle. Just one  stained glass window which is also unusual. 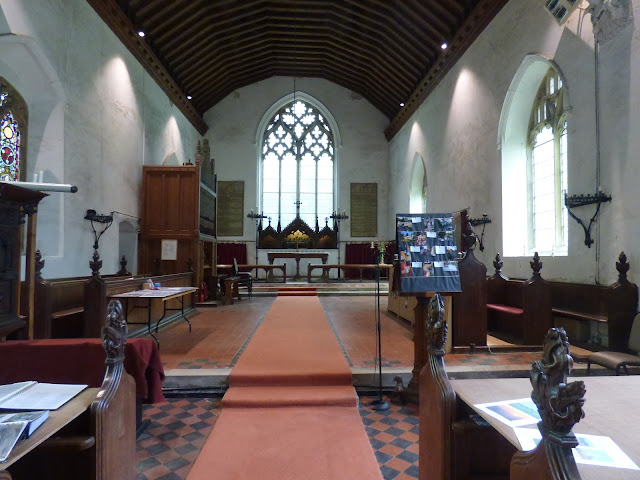 This magnificent reredos wood carving of The last Supper behind the altar  was lit up from inside, which made it really stand out on a gloomy morning. I looked at the Suffolk Churches website which says the carving was done in Belgium and paid for by the Poet Laureate(1913-1930) Robert Bridges which is odd as I didn't know he had any connections with this area. 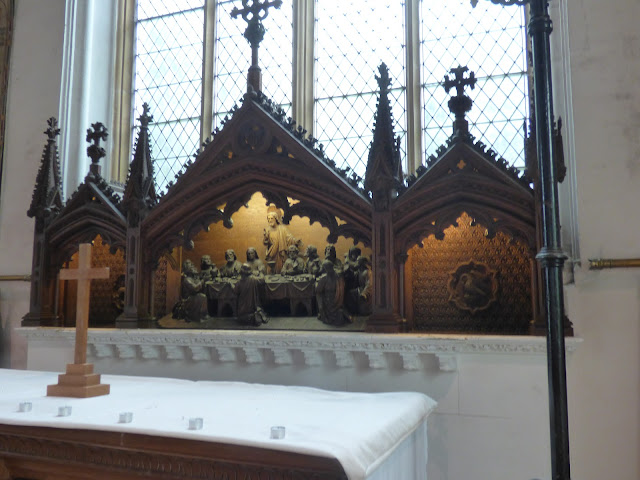 Before the church visit  I went round most of the houses that were selling stuff - probably about 15, spread out through the whole length of the village, but didn't find much of interest. Came home with just a brand new window bird feeder and this basket with lift up lids on each side for £2 each. 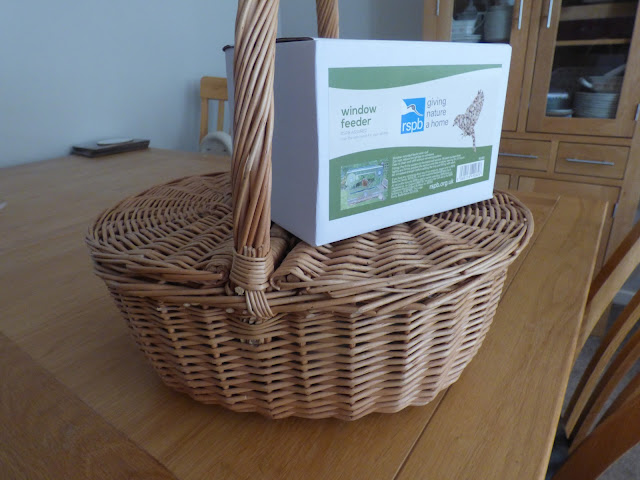 Seems I've decided I will be feeding the birds here after all! and I thought the basket would do for one of the Christmas Hampers but I'd rather keep it myself!.......need to find a really good use for it to stop the guilt (although at £2 there isn't an awful lot of guilt!)

Posted by Sue in Suffolk at 06:00
Email ThisBlogThis!Share to TwitterShare to FacebookShare to Pinterest
Labels: Suffolk Churches, Village Yard Sales