Several years ago I made Elderberry Rob, so good for winter colds.

I doubt there would have been a better opportunity to snip the Elderberries from a tree on the bank opposite the bungalow than the week the road was closed. There wasn't really enough Elderberries so went on a bike ride around the back lanes to see if there was anything else to add in.

I ended up with just around a pound and a quarter of a mix of elderberries, some blackberries and a few yellow cherry-plums from a tree overhanging the road and the only 2 red cherry-plums that weren't squashed on the road. 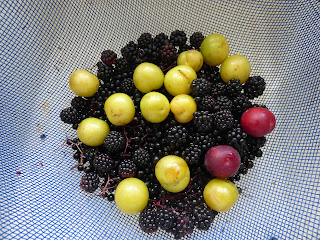 I popped them in the freezer and later found a few more elderberries and blackberries until I had about 2lb in total. This is the recipe I used in 2018 and 2019 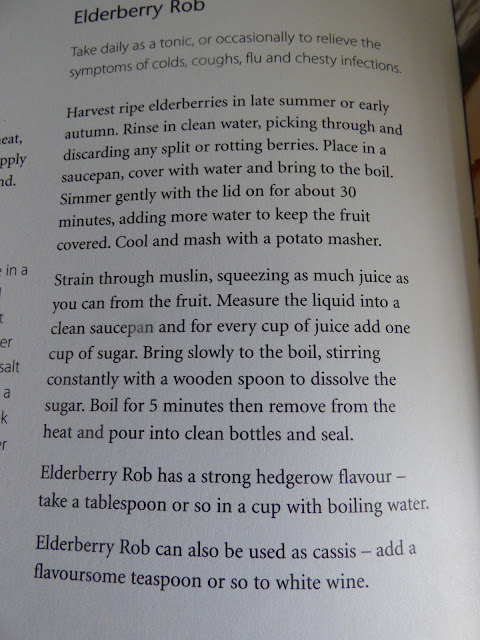 This time I remembered to add a cinnamon stick to the boiling fruit - cinnamon is good for colds too.
After straining 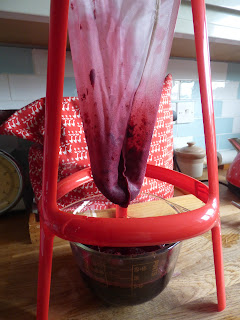 and adding an equal amount of sugar and boiling gently for 5 minutes, then into sterilized bottles it made 4 and a bit kilner bottles. I tried a little in some hot water and it's just as good as I remember.
I'm pleased to have this tucked away for winter and two for the Christmas Hamper gifts too.
Back Tomorrow
Sue
Posted by Sue in Suffolk at 06:00
Email ThisBlogThis!Share to TwitterShare to FacebookShare to Pinterest
Labels: Elder Tree, In the Kitchen