Something is definitely needed to cheer up the dark evenings as the wheel of the year turns to the Winter Solstice. So thank goodness for the lights on the Christmas tree.

Below are a couple of pages from another of my books 'A Christmas Scrapbook' compiled by Elizabeth Walter.

Detail from an Edwardian Christmas card 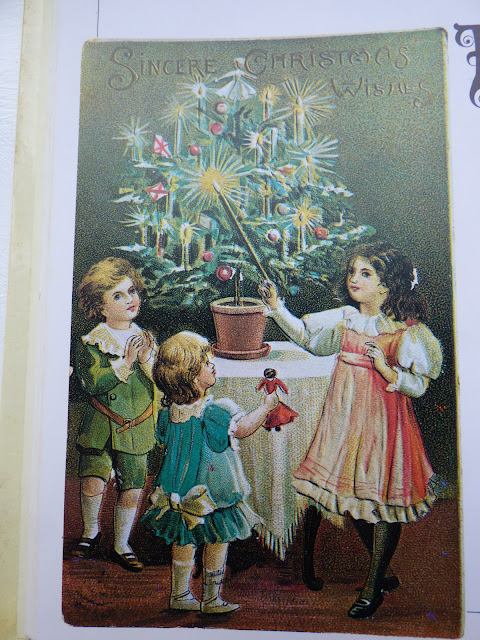 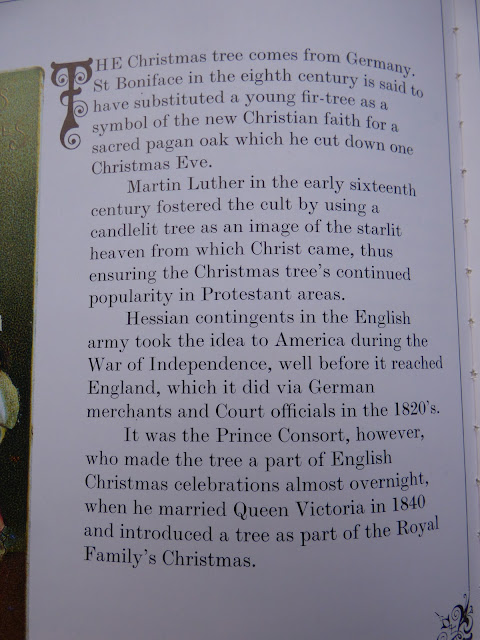 (I had to look up Hessians and this is what I found on Wiki.... Hessians  were German soldiers who served as auxiliaries  to the British Army during the American Revolutionary War. The term is an American word for all Germans who fought on the British side, since 65% came from the German states of Hesse-Kassel and Hesse-Hanue. Known for their discipline and martial prowess, around 30,000 Germans fought for the British during war, comprising a quarter of British land forces ....well who knew that!?)

In 2013 we had lots of Christmas trees around the smallholding but none were suitable to bring indoors so we bought a cheap artificial in the hope it would last us out. But when I took it down last year it had as much 'needle' drop as a real tree. It had to go.

The Christmas tree is more or less the only decorating I do nowadays so a new artificial was purchased a few weeks ago. I'd love a real one but with the proper central heating here it wouldn't survive very long and it's nice to be able to cheer up the whole of December with lights and baubles. The new one looked a bit cheap and plastic-y  until two sets of  lights and dozens of hanging bits were added. I'm not a minimalist when it comes to trimming the tree! 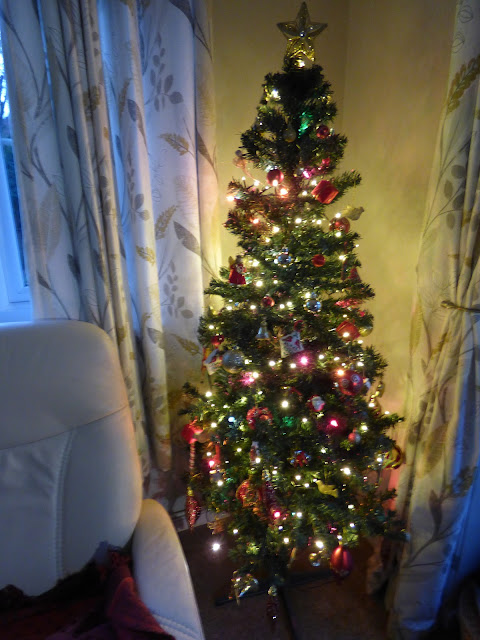 And finally a bit of music

This bit of music with words that have changed in various countries at different times has a long and complicated history but is usually called "O Tannenbaum" which just means 'Fir Tree'. There's a whole chapter about it in another of my books 'Christmas Carols From Village Green to Church Choir' by Andrew Gant  - much too long to copy here!

Back Tomorrow
Sue
Posted by Sue in Suffolk at 06:00
Email ThisBlogThis!Share to TwitterShare to FacebookShare to Pinterest
Labels: Advent Photos 2021