The traditional Christmas stamps have been purchased, just enough for the cards I send. 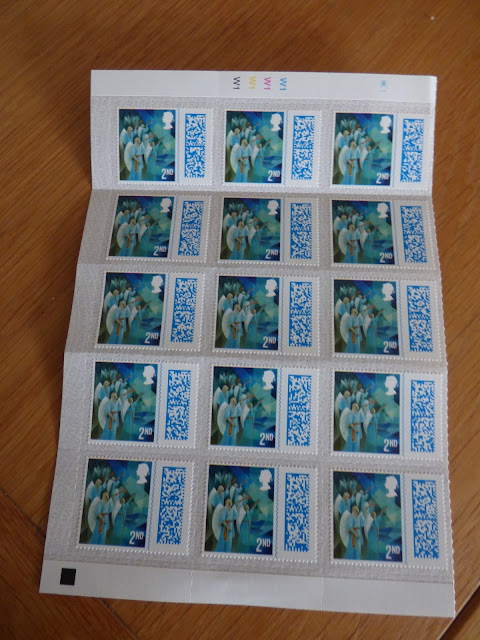 Angela at Tracing Rainbows wrote about this years stamps in her post and why they have strange bar-code things. These have been designed by Jorge Cocco and I found this

'According to studio (Bath based Supple Studios) founder Jamie Ellul, Royal Mail’s brief sought to incorporate an artist with an unusual style or use of materials, following the success of Carlie Smith Design's 2019 paper-cut stamps.
The studio trawled the internet far and wide, Ellul explains, until they landed upon Cocco’s Instagram account. The Argentinian artist, who is now in his 80s, paints in a style he calls ‘sacrocubist’ – a way of illustrating sacred events with the stylings of the post-cubist movement.

Mine are the  second class stamps but I love the colours in the more expensive versions. They really are miniature works of art this year.

This year is the 55th year that Royal Mail have issued specially designed Christmas stamps. The stamp below is the 3d one from that first year - 1966 (That's 1¼p in decimal) from my own stamp collection. The Post Office collaborated with the Children's TV programme Blue Peter to choose a design from 5000 entries to a competition. 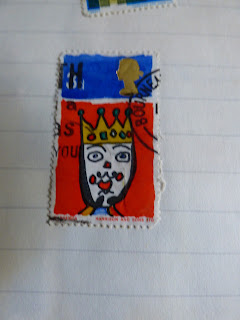 There have been some lovely designs over the years both  secular and religious. I found more about the Christmas issue stamps on a website called All About Stamps. and discovered the first US Christmas stamp was issued in 1962