Now this is something you don't see dished up on the 25th December nowadays! 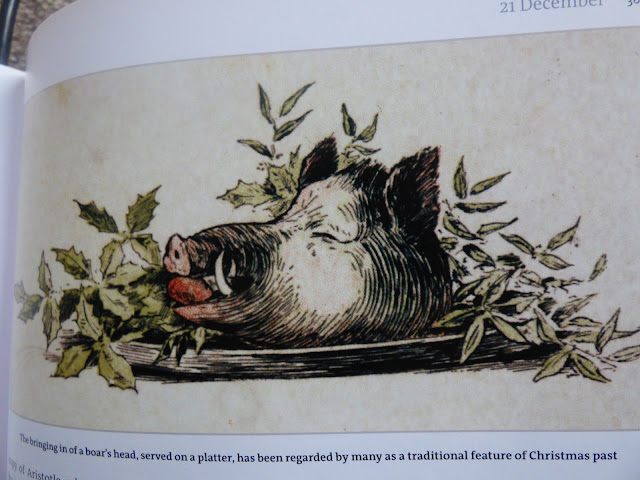 Although it would have been quite common in Medieval and Tudor England and the tradition was carried on in some Oxford Colleges into the C19, and perhaps it still is. 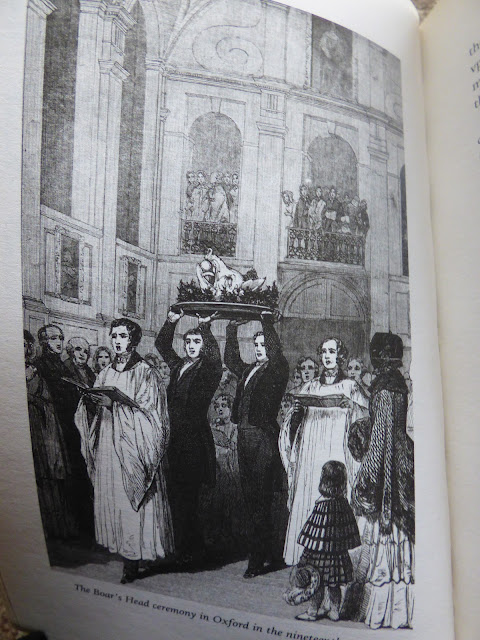 This dish was always served with mustard and is actually what we know now as brawn, something that I made a few times when we kept pigs. Although we always had the head cut in half before getting it back from the butcher as there is a surprising amount of meat on a pigs head, and I would put it to set in a bowl rather than putting it back in the cleaned pigs head skin! 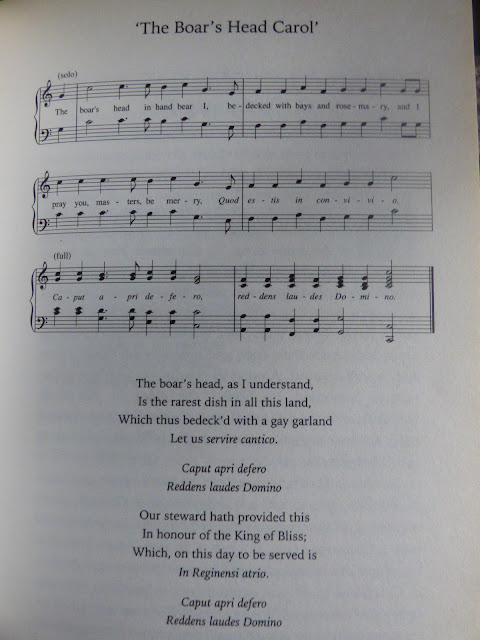 This is the Carol sung by Steeleye Span

I wonder if butchers still sell brawn (or a pork cheese as it was often called in Suffolk)? I doubt many people under 60 even know what it is!