At the end of September I had a day out at the East Anglian Transport Museum which is up near Lowestoft, not far from the Suffolk coast. The museum has been there for many years but it's somewhere I'd never been before. 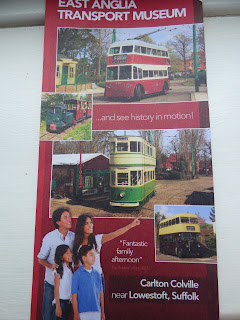 It was a special Trolley Bus day and very busy, so parking was at a Park and Ride a mile or two away, which confused me and because of not parking on site I wasn't able to go and fetch my jacket when the wind got really chilly and I got very cold and suffered the next day. 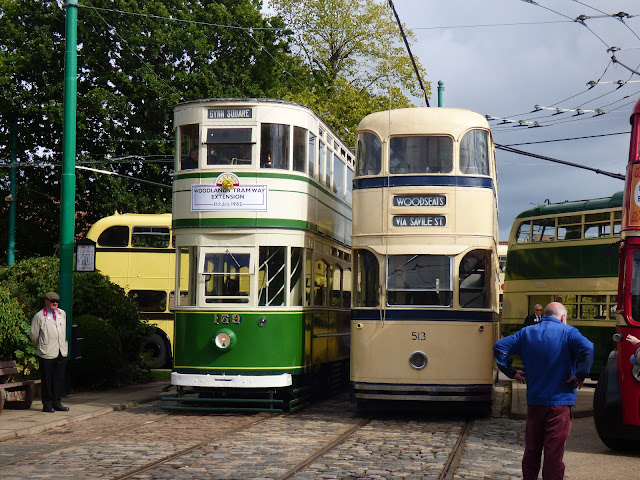 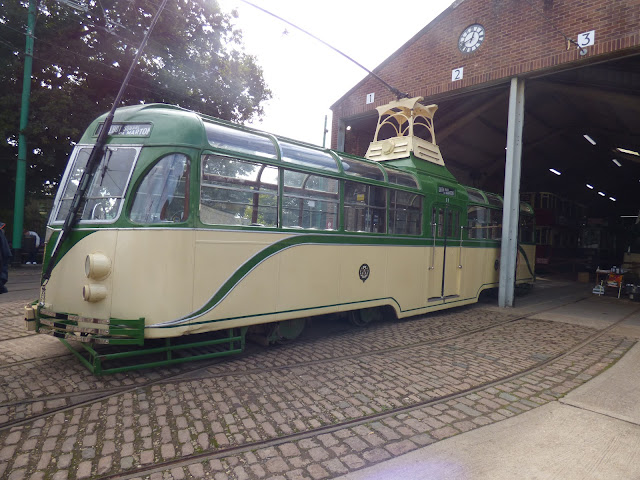 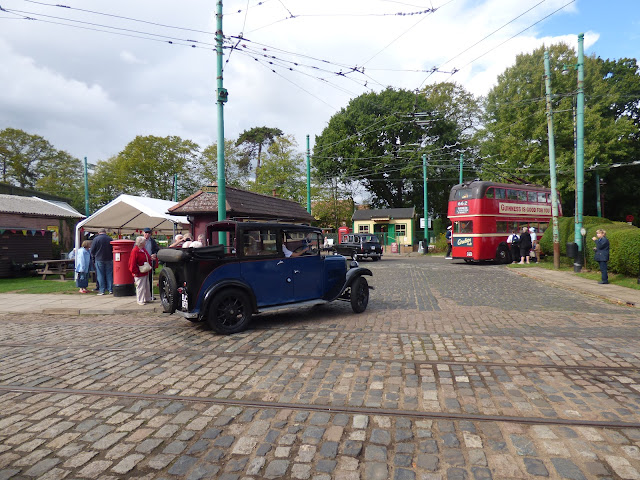 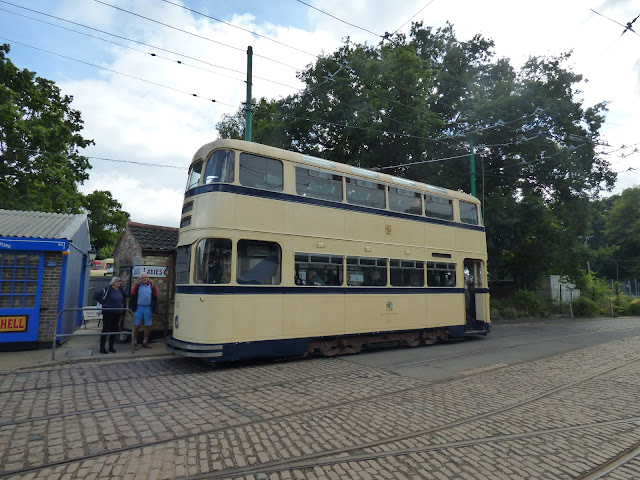 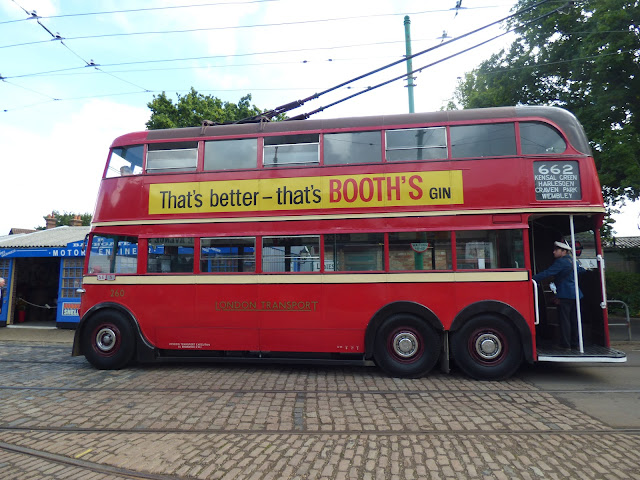 The over head electric wires that power the trolleys and trams look very complicated, it would have looked like this in every town back in the day 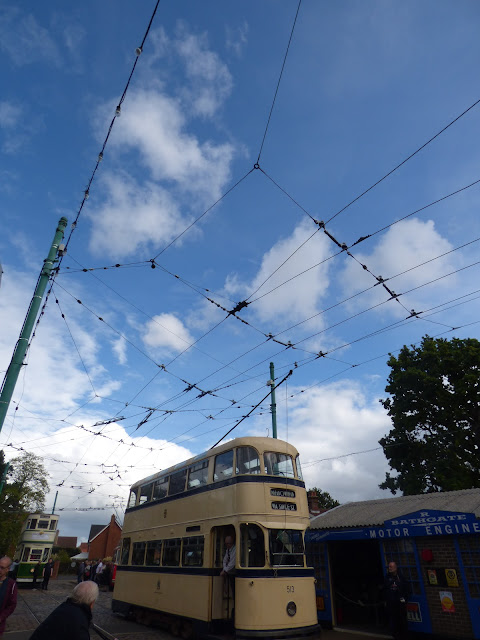 As well as having a ride on all the trolleys and trams that run round and round the museum there's lots to look at too.
Below is a Suffolk County Council road menders van - dating from  way before Colin worked on the roads! 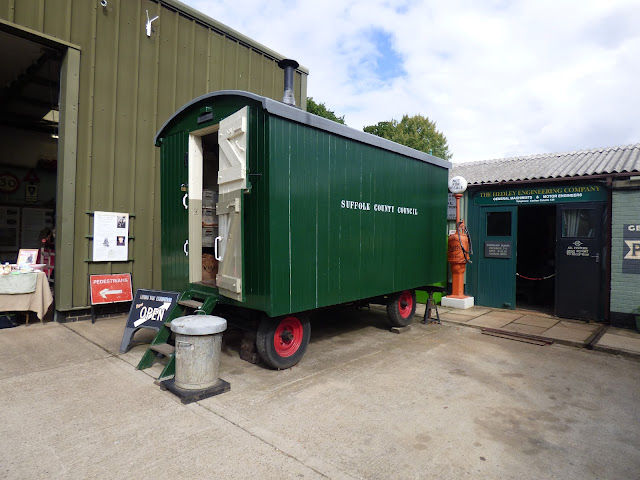 On site they've rebuilt a few buildings to show what they would have looked like in the hey day of trolley buses and trams.
This is how a village  a Post Office might have looked. There was a Village Petrol Station and Garage too but I found I'd not taken a photo of it for some reason. 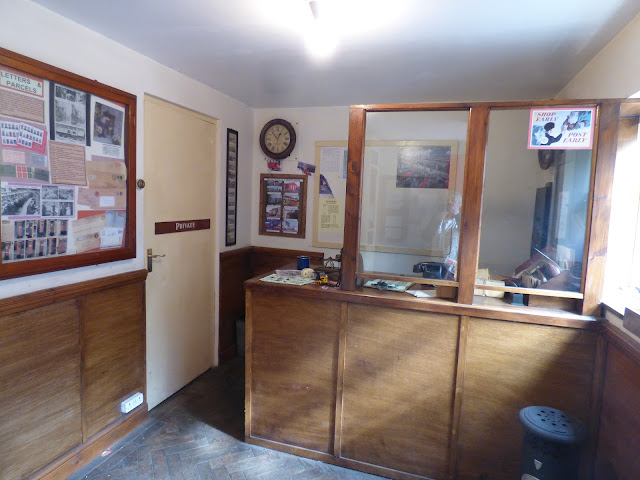 Very small models of a tram and a trolley bus 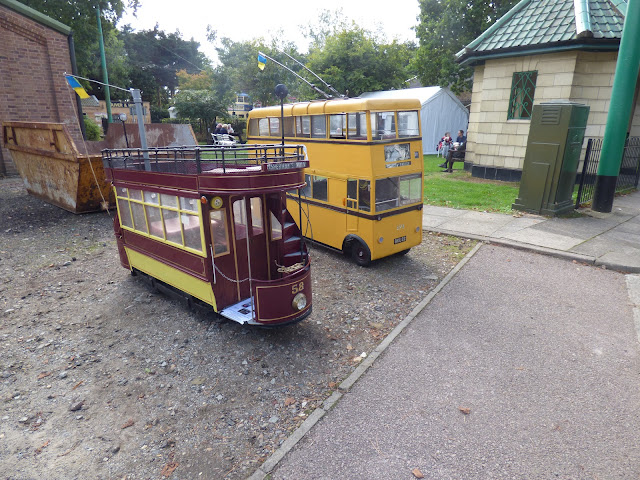 One of the first caravans to be on the road, details below 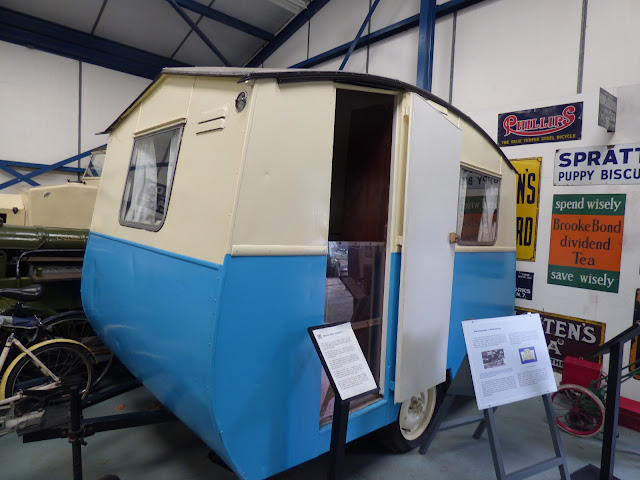 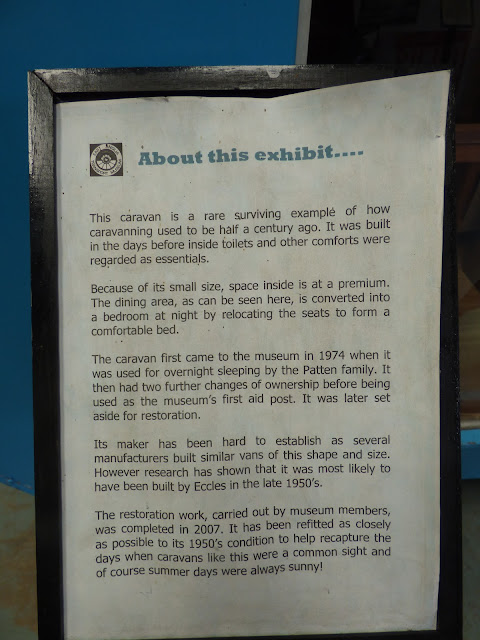 Inside the old caravan 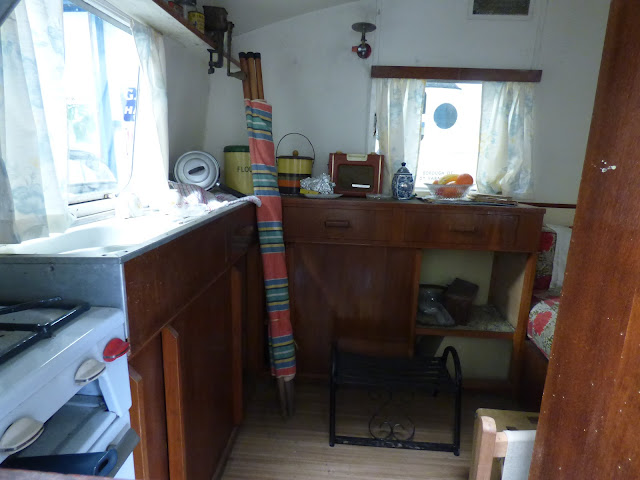 The last surviving rolling stock from the old Halesworth and Southwold railway that I visited a few weeks ago. 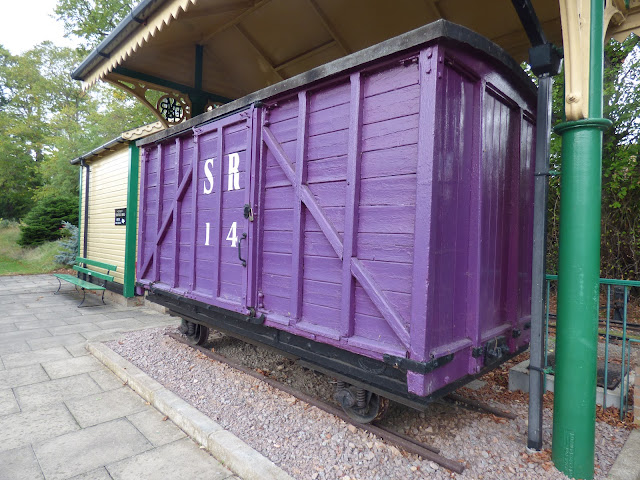 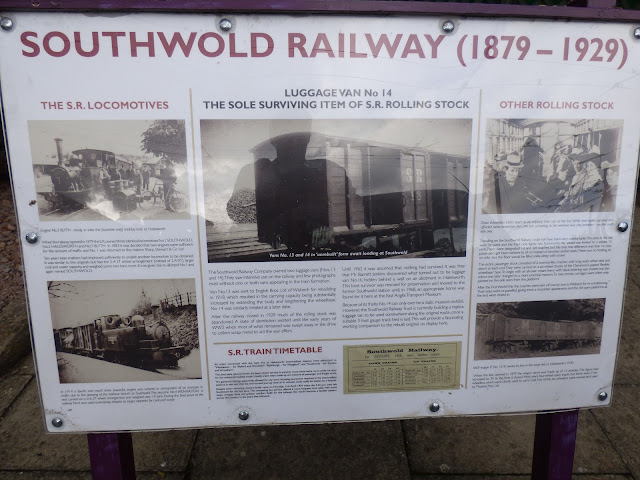 Small shunting train that pulls carriages around the outside of the museum. They've got more land to extend the museum and the railway in the future 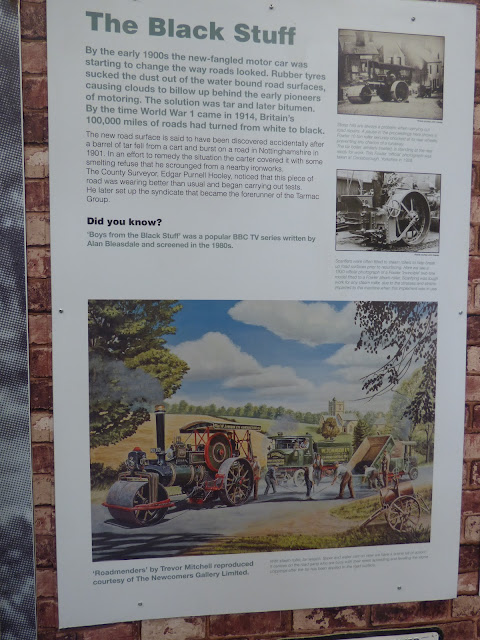 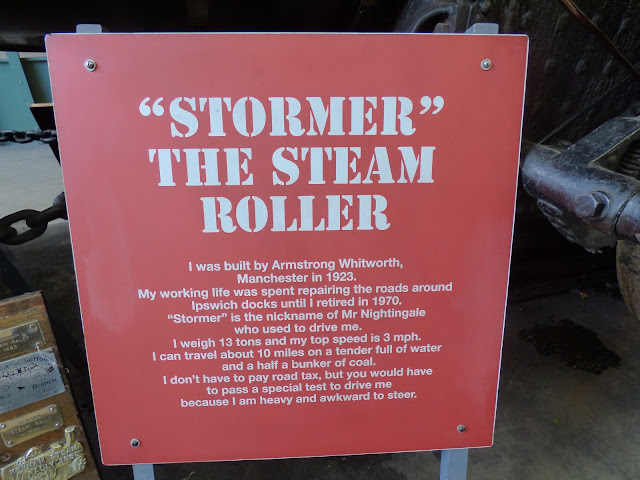 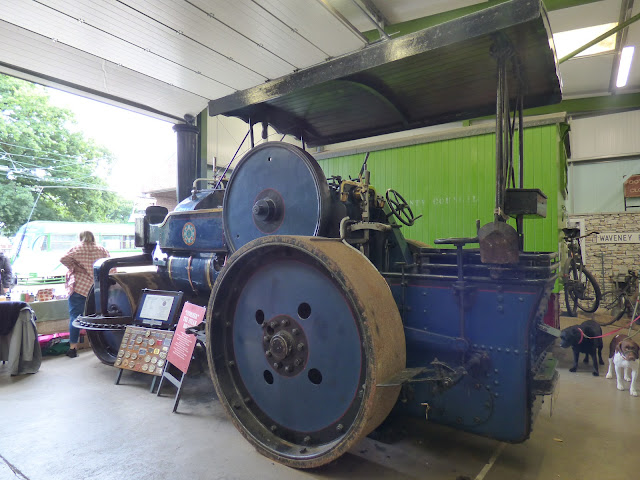 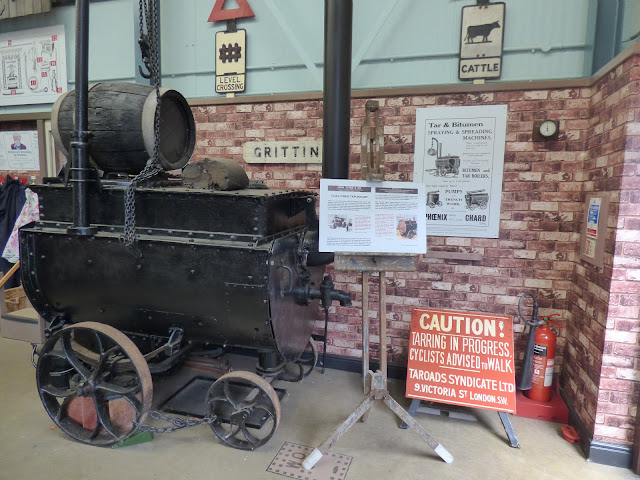 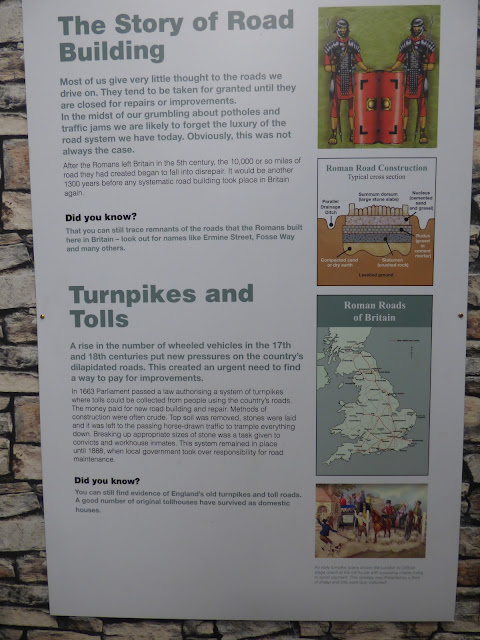 An Anderson shelter from wartime is in part of the museum 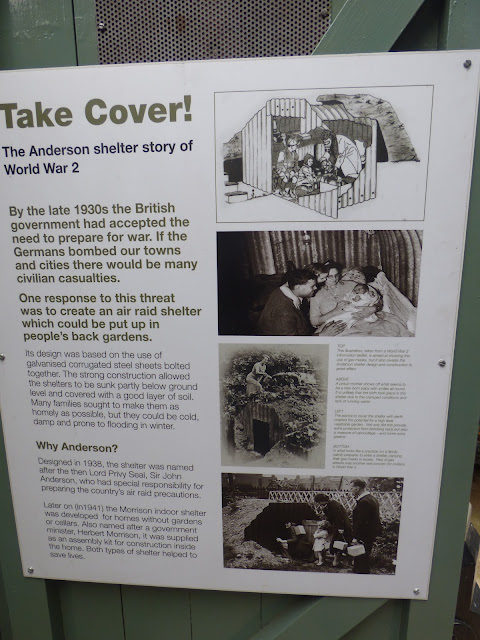 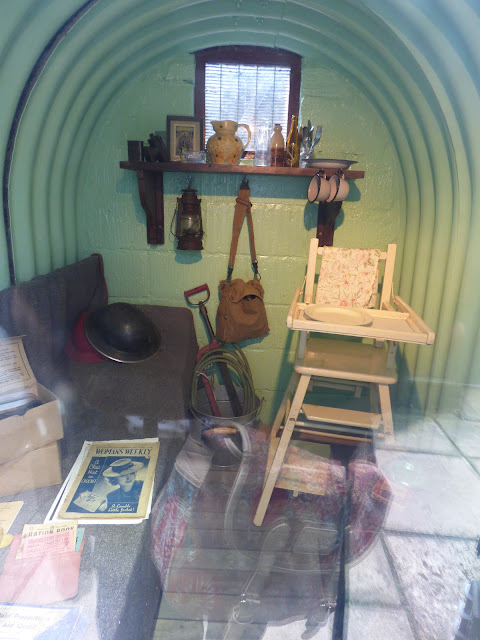 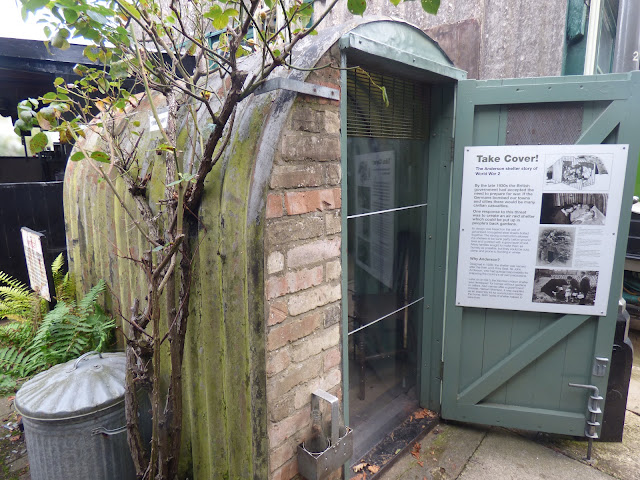 I'm thinking this might be a good museum to take middle grandson sometime.
Back Soon
Sue
Posted by Sue in Suffolk at 00:01
Email ThisBlogThis!Share to TwitterShare to FacebookShare to Pinterest
Labels: A Tourist in East Anglia