This is a church I ought to know well but don't.

I was Christened here and went to primary school just across the road and in my early teens we used to take a short cut through the church yard went we went to' hang about' on the common.

But I went to the Baptist Church up the road  not the C of E church and even though the school was a church aided school we only went there for nativity plays and I've only been in a few times since the 1960s. 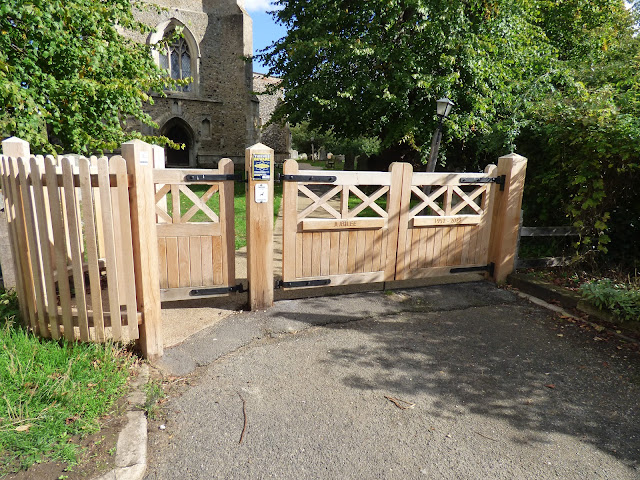 It's a good sized church 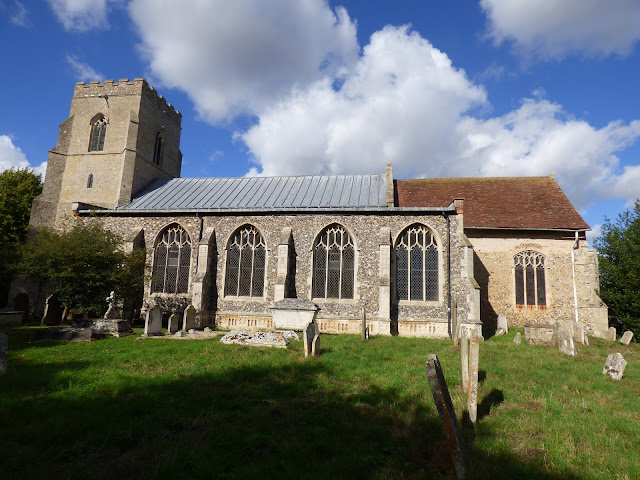 with some lovely stained glass windows 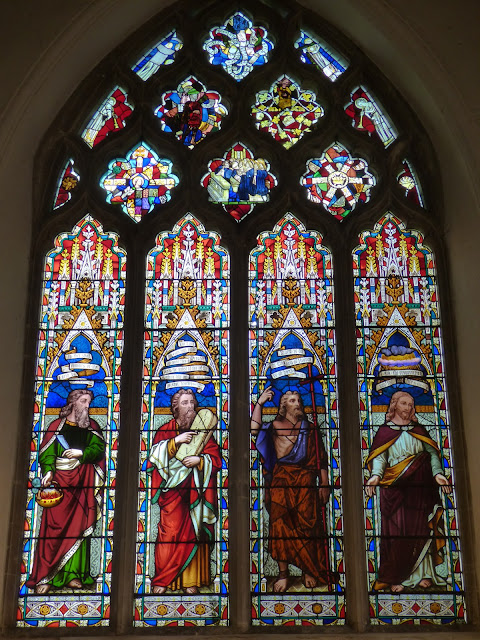 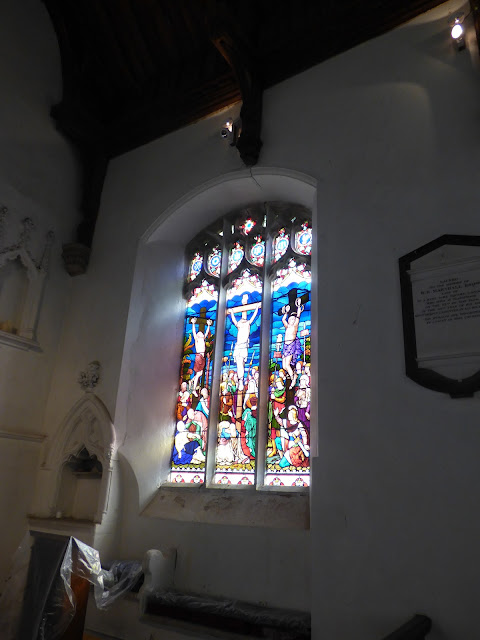 The most interesting things in this typical village church are the carved bench ends. Some date from Medieval times and others are more recent copies 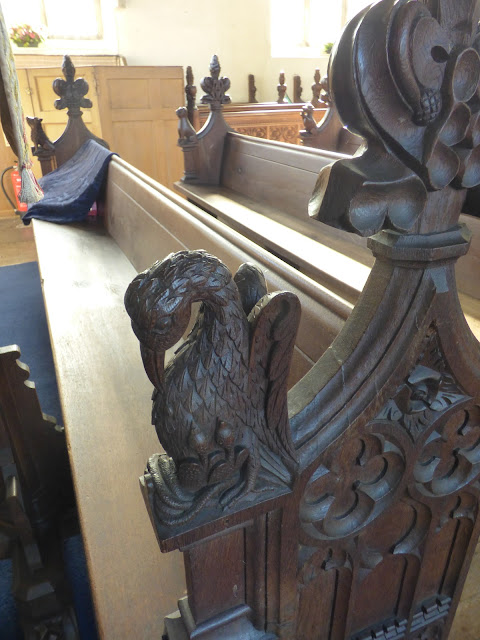 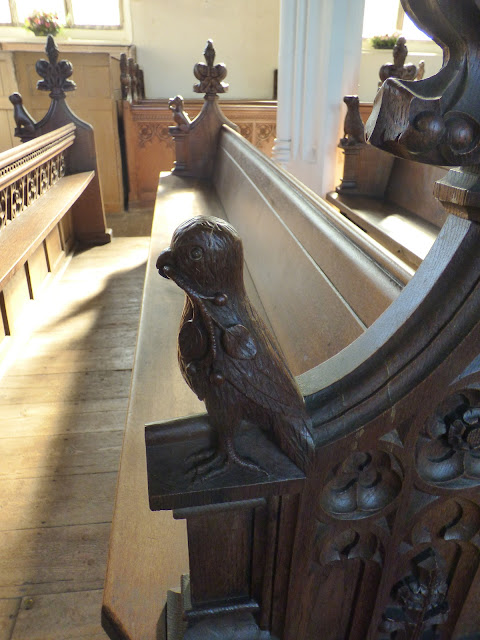 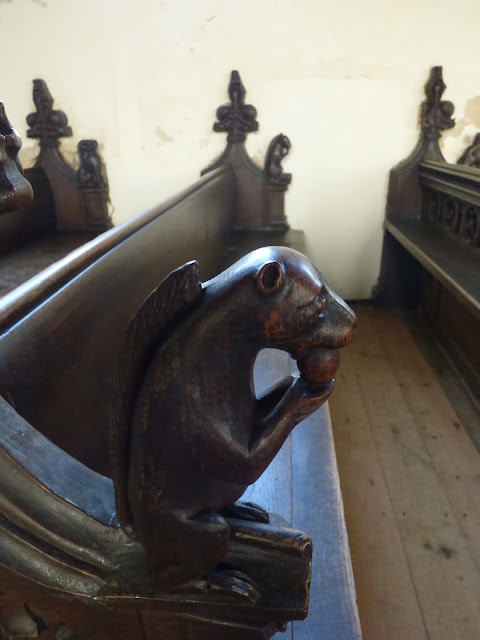 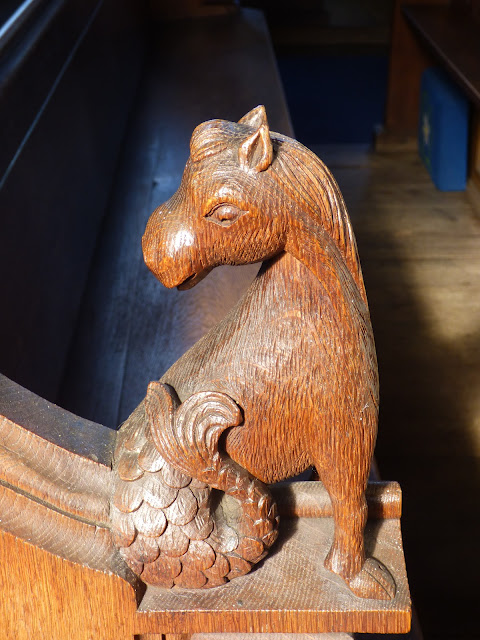 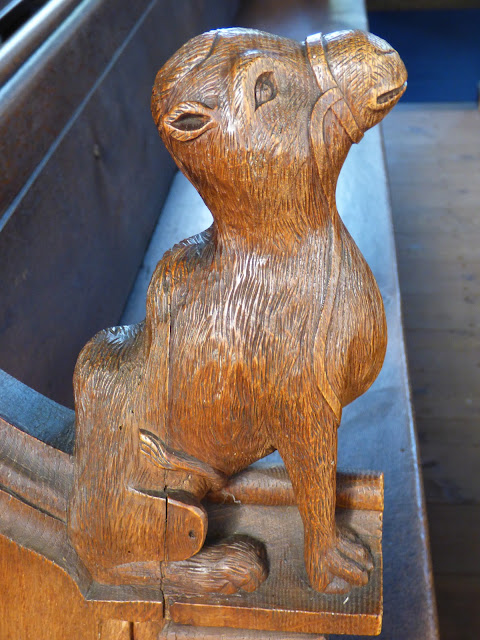 View down the nave, showing the South Aisle added later 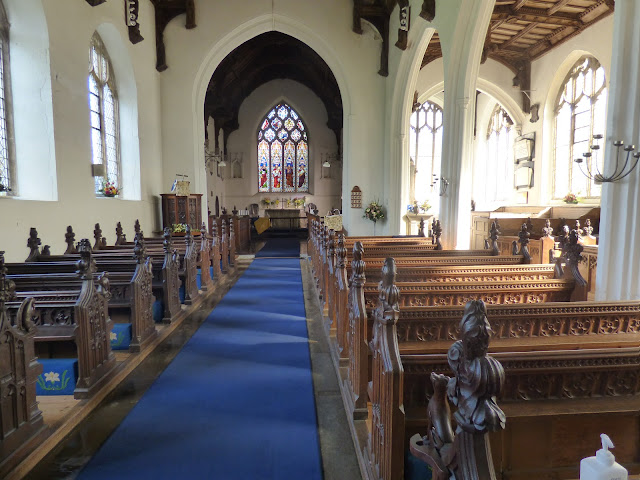 The font that must have been used to baptise me in 1955 at the same time as a neighbours son, has a good wooden carved cover. 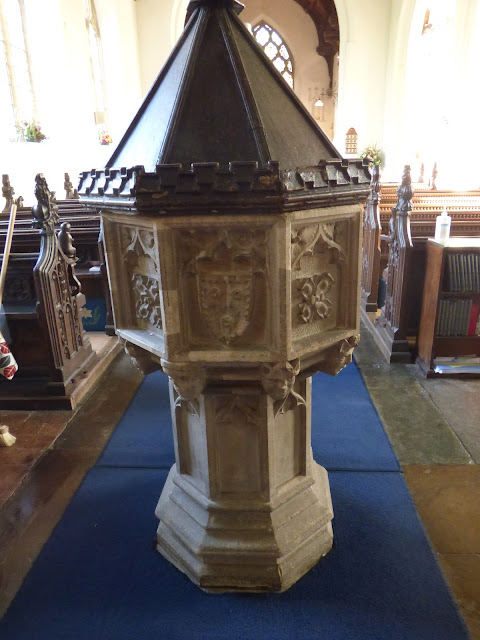 The Sulyard family were church benefactors over several centuries and John Sulyard gave money for a new south aisle in the C15. John was Chief Justice to Richard II so a rich and important man. This memorial is for Edward Sulyard who died in 1799 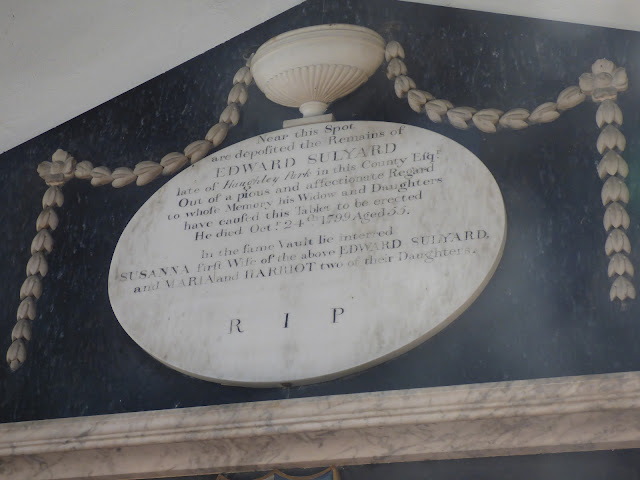 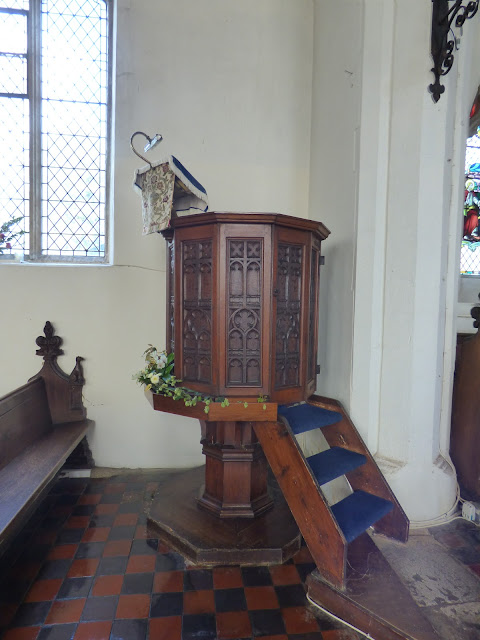 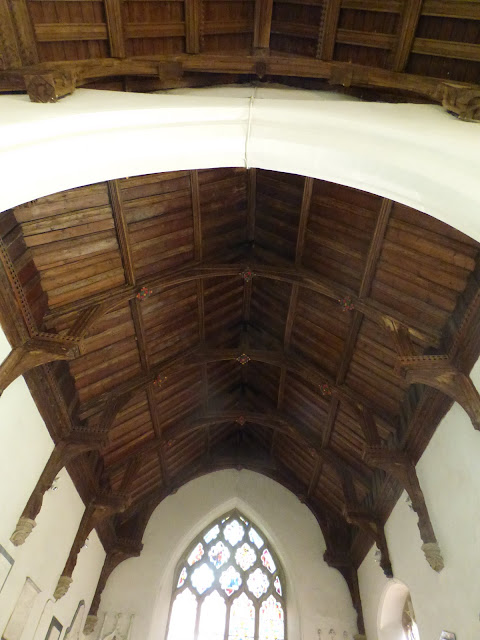 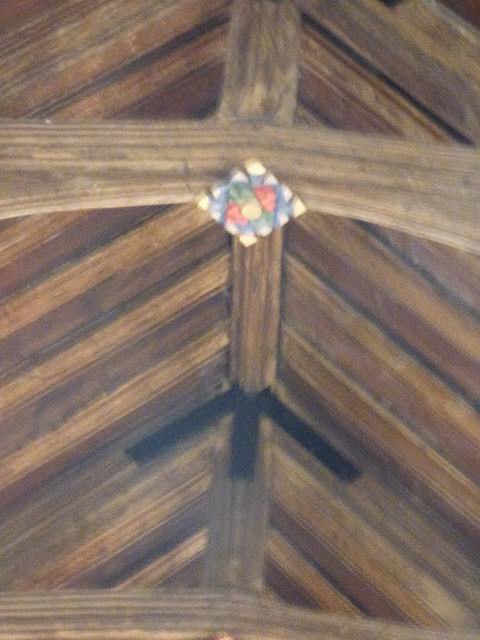 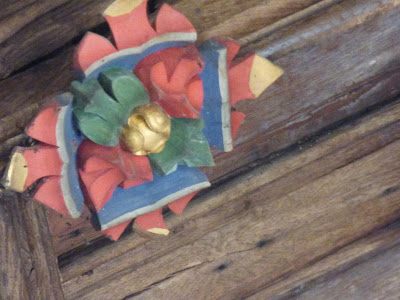 Not many small village churches have a candle stand for lighting a candle and offering a prayer. 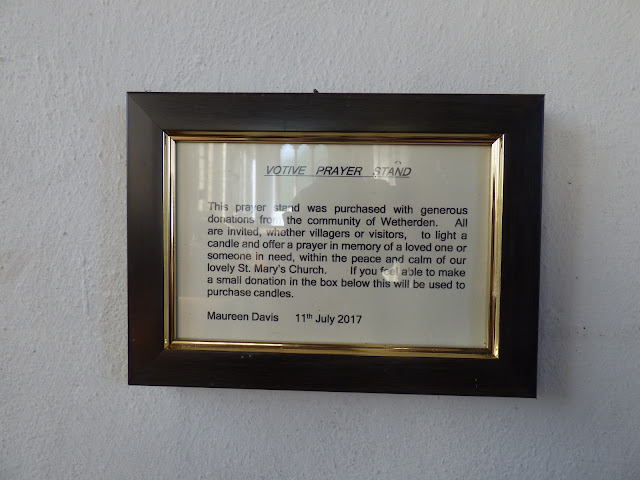 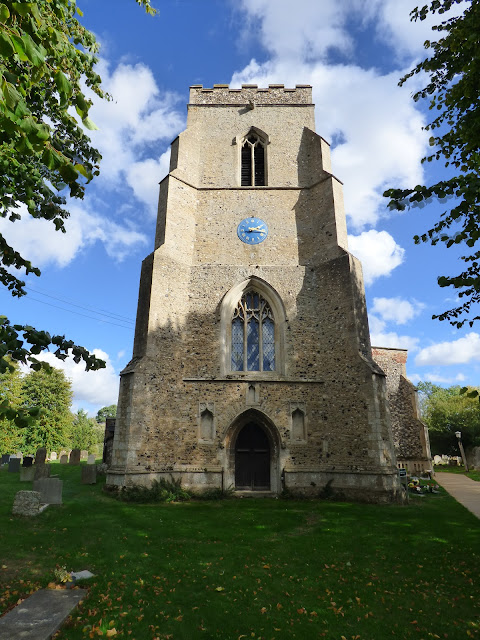 On the Suffolk Churches website there's some interesting information about William Dowsing, who in arrived in Wetherden in 1644 on his tour of  the country to remove features of ritualistic worship.

I think it's amazing that there are records to tell us something that happened on a specific day nearly 400 years ago.
After visiting the church I popped up the road to the Village Hall where the history group had an exhibition. But 1921 was way before the time my family were in the area so I didn't stay long or take any photos of their research. 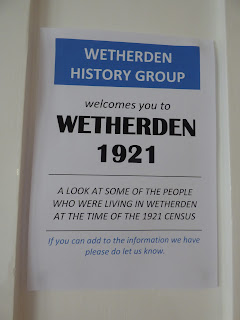 Back Soon
Sue
Posted by Sue in Suffolk at 00:01
Email ThisBlogThis!Share to TwitterShare to FacebookShare to Pinterest
Labels: Suffolk Churches