10 Books From My Shelves

Saw this idea on a blog, except their ten books were random whereas mine are more a progression of books that I've enjoyed since I first started reading and books that have helped to shape what I read.


The Cherrys series by Will Scott. I was at primary school when these were around and I remember searching for more when we were allowed on the Schools Library Service Mobile Library. Then many, many years ago (20ish) I spotted this in a secondhand book sale in the High School in Felixstowe. (It's funny how I can remember exactly where I was when I found it).
I'm sure these book are the reason I love crime fiction!
The Cherrys and their friends the Pringles were always solving mysteries usually set by their neighbour Mr Wilkes. Lovely stories of sunny summer holiday fun.
Look on Amazon and you'll get a shock at how much they sell for now! 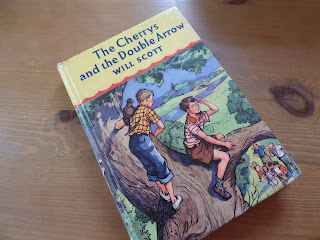 Swallows and Amazons by Arthur Ransome. I don't know when I first read this - but I loved the whole adventure and the  self-sufficiency ( although those words were not in common usage then) of the children on their island. I've had a few holidays in the Lake District, seen the boat and the places written about and  re-read it again and watched the film several times. 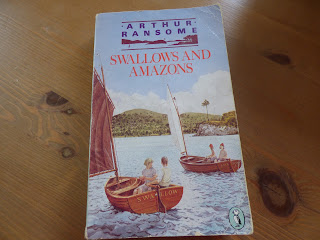 I read all sorts of fiction in my library years between between 1971 and 1980...........Agatha Christie, Ian Fleming followed by R.F. Delderfield and Howard Spring and others who wrote big family sagas and of course all of Catherine Cookson's books.
Then when I was working in Stowmarket Library about 1975 someone ordered a book by John Seymour. It wasn't this one below but an earlier version without the colour drawings. One of the perks (then) of working in a library was getting to read new books before they went out on loan ........ I'm sure it wouldn't be allowed now! After reading it I wanted to grow my own vegetables, keep animals and be self-sufficient. It took more than 30 years to fully achieve that.

The Complete Book Of Self-Sufficiency by John Seymour 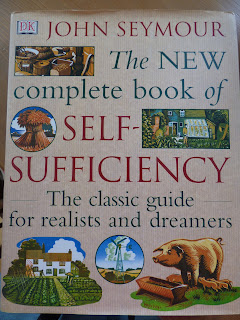 Living Better on Less and Living on a Little Land by Patrick Rivers.
These also came to the library around the same time, similar to John Seymour but more realistic. Still love them. 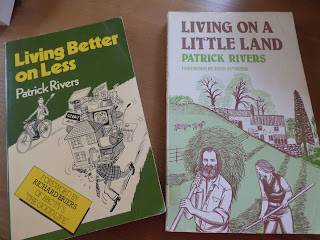 Hovel in the Hills by Elizabeth West
The most re-read book on my shelves..........although this copy is the re-printed and up dated version. My original is very tatty!
I'd still love a Hovel in the Hills if I could find one! 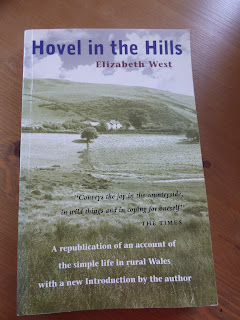 Swimming with Piranha Makes you Hungry By Colin Turner
When we started  to think of ways for Col to retire early this was one of the first books I read. Lots of ways to realise a dream, save money and become financially independent. When interest rates were high a person 'only' needed to have £50,000 saved to produce an income big enough to live on!  It has lot's of ideas for ways to avoid living the sort of life that many people do ........... constantly over spending and being in debt. 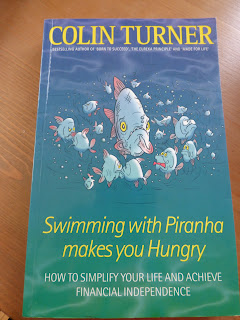 Dissolution by C. J. Sansom. I read a review of this which said it had taught the critic more about the period than any history book. Written in 2003 it is the first in the Shardlake series. I read and loved all the Ellis Peters books about Brother Cadfael  written between 1977  and 1994  and this series is just as interesting. Well written historical crime has to be my favourite genre. 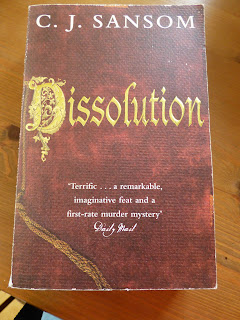 Few Eggs and No Oranges by Vere Hodgson was among  the first of the diaries written during WWII that I bought for my collection of home front books. First published in 1976 it is a huge book and some people have criticized it but in 1999 Persephone added it to their publications which is good enough for me! 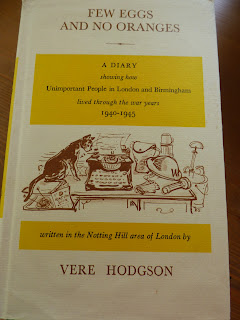 And finally this little book was the first of the British Library Crime Classics. I came across it by chance in a charity shop but it was an introduction to all the Golden Age Crime books that are being re-printed by the British Library and other publishers and re-introduced me to all the great crime authors of earlier times some of which - like Agatha Christie I had read first time round, but others I'd never explored. 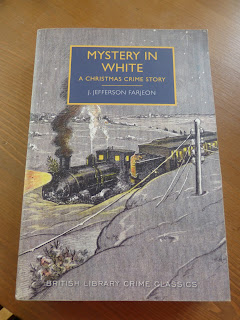 10 books from my shelves.
What ten books have shaped your reading?

Back in a jiffy
Sue

Posted by Sue in Suffolk at 06:00
Email ThisBlogThis!Share to TwitterShare to FacebookShare to Pinterest
Labels: My Books