Colin has had to travel to Ipswich for blood tests twice a week while the tablets were being increased each week and the doctor said once he was on the highest dose he would just need to go up once a week. BUT then the transplant doctor at Addenbrookes said that as they were getting nearer the stem cell transplant time he would need kidney and lung function tests, CT scan and heart monitor. So bother and blow he/we are still up to Ipswich twice a week, as of course the appointments all came through for different days!

We have got back to normal here after having the Surrey bit of the family staying for the funeral. Jacob toddles at some speed now so a lot of time was spent following him round and round the garden. 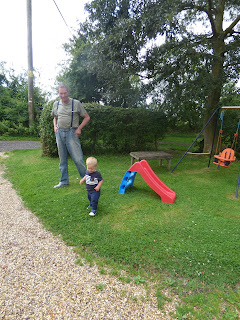 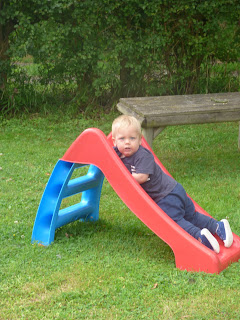 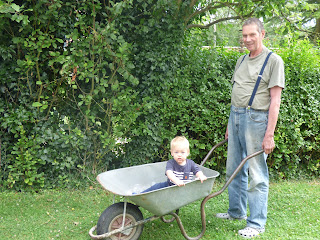 Col found the Fisher Price Little People in the cupboard under the stairs at his Dad's and Brother's house. Left there from the time our youngest was not much more than Jacob's age. I had to give them a really good wash but they've kept Jacob amused for quite a while. They are the "Vintage" Little People who I think 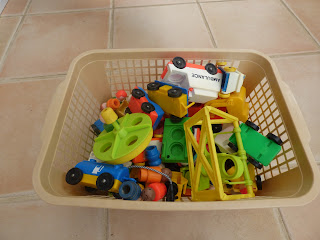 are much nicer than their modern equivalents.......... for little hands

This week, apart from hospital, Col is (providing he gets over his cold) hoping to prepare for having a new oil tank by getting the base ready for concreting. I've not got anything definite planned but I'm sure I shall find something to do.

We think we solved the mystery of the ladies at the funeral. They certainly weren't from the villages around as someone would have known them, but on each chair in the chapel were little cards where people could write their names and memories of Dad C. On one card were the names of two ladies from Stowmarket Methodist chapel. The Minister who covers Cotton Chapel is also minister for Stowmarket and as Col's Dad was so well known as a preacher and many, many years as secretary for the JMA (Methodist Junior Mission for All) many people would have known him.  The 2 ladies left quite soon after we got back from the burial so we didn't get to ask about them.

Thank you all for comments and condolences.


Back in a flash
Sue

Posted by Sue in Suffolk at 06:00
Email ThisBlogThis!Share to TwitterShare to FacebookShare to Pinterest
Labels: Family, Non Hodgkins Lymphoma