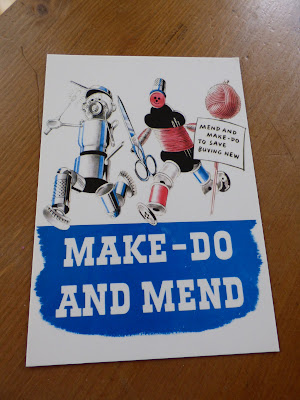 I like mending socks. Don't do it very often but recently Col has been wearing some of his thick socks that he used to wear in welly-boots.

Probably another side effect of everything - poor circulation = cold feet.

I have a wooden darning mushroom and a darning needle but what I don't have anymore  is proper darning thread.........is it still made? so I did them with some grey wool, which I think is just tapestry wool so the repair might not last long. 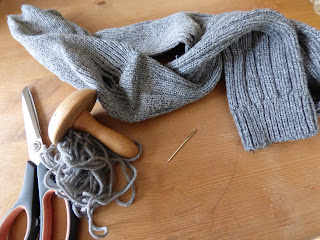 After I'd finished I looked on line and found yes, of course darning thread is still made and it's not much more than £1, so I sent for some and wished I'd have thought to look before, but at least  I'll have  the proper stuff  to repair the repair! 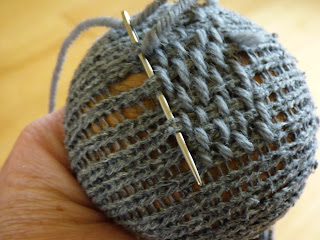 Thank you to everyone for comments yesterday.
Following on from my waiting at Addenbrookes post and saying how kind all the staff are, especially the Transplant Nurse Specialists..............Col had a letter to go for a bone marrow sample next week.........a different day to clinic day, therefore righting off two days of the week. He rang to query this as it was sooner than we thought, 100 days after transplant we thought and next week is only 80 something days . Speaking to Nurse specialist he asked if there was any chance  he could have it done on the same day as the clinic. She said it would make a longer waiting time but we said that's still better than two trips. She also said that he was due a CT scan and as the bone marrow sample could be delayed by a couple of weeks she managed to fit all three things into a clinic day in March. It will certainly be a long day but much better than 3 separate journeys and knowing we will be there for several more hours than usual we will be prepared .......both mentally and with extra food! Col told her on the phone that if she was nearer we would have given her a hug. 😊