Last week I heard the noise of big machinery across the field and guessed it was things to do with the Heritage Railway Track Extension and as the weather on Saturday was better than the forecast  I took my new walking shoes to have a look. 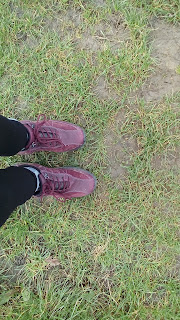 Sure enough here is the new  end of the Middy Railway. Its just quarter of a mile from home. They wanted to put a big turntable in here to turn the trains round to run back to the station. But with this new ending to the railway being just  50 metres from houses and as the railway didn't own the land they needed, they couldn't get permission, which I'm quite pleased about for the sake of the people who live there. Because it would have meant lots of people getting off the train to watch the turntable going round and probably wandering about the lane by their houses which would be quite a change from how their lane is at present. 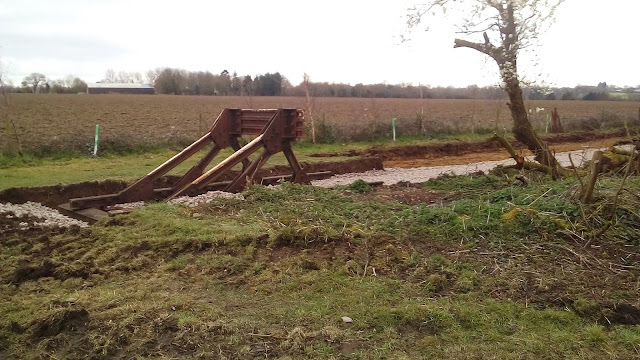 This "new destination" 1km from the museum is to be called Aspal Halt. Heavens knows why as the village of Aspal is several miles away! The railway museum has an open day on the 21st April then their Middy in the War Years weekend on 5th and 6th May. I expect they are hoping to have the sleepers and  rails laid by then - depends on the weather I guess.

This is where we picked loads of blackberries in 2017, now all cleared for the railway extension 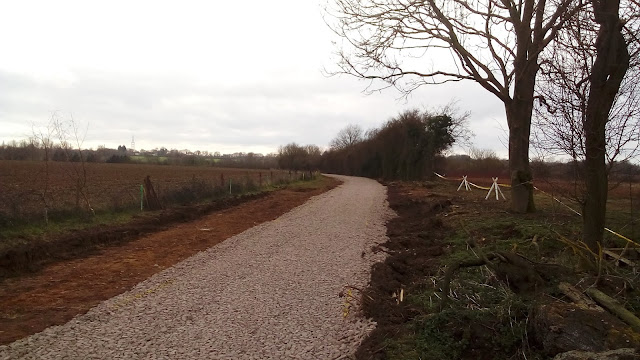 Here's what was making all the noise 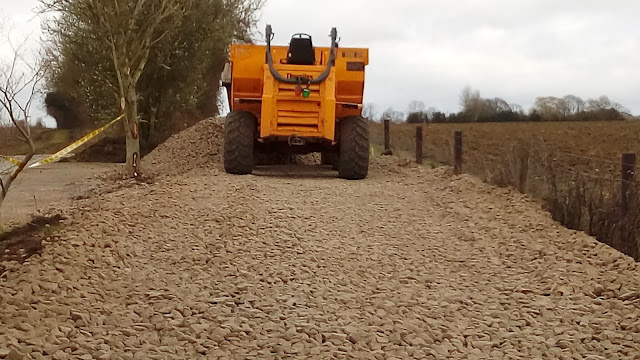 I don't know how I feel about this, it was a lovely path (although not an official footpath)down the old track-bed, now its stones ready for sleepers and rails 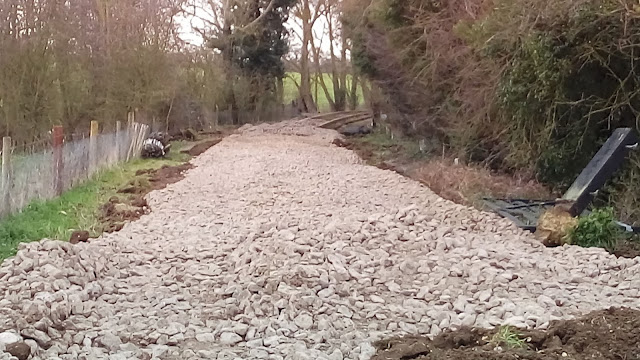 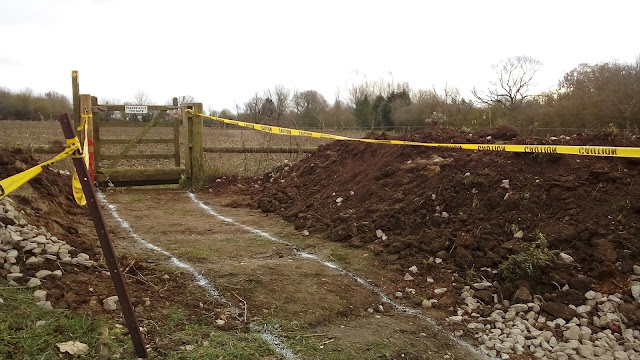 This is where the railway used to end 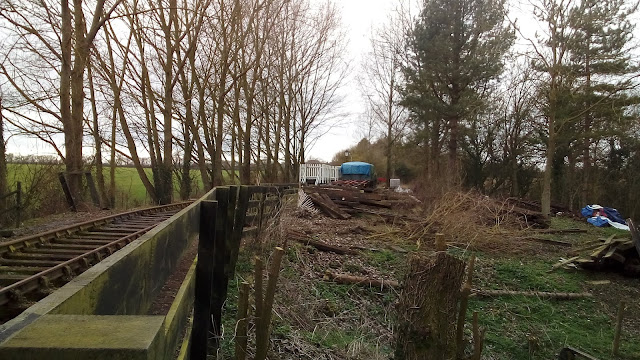 And the other way shows where it will be going - up hill a little, so I expect to hear the little trains huffing and puffing up the slope every Sunday through the summer. 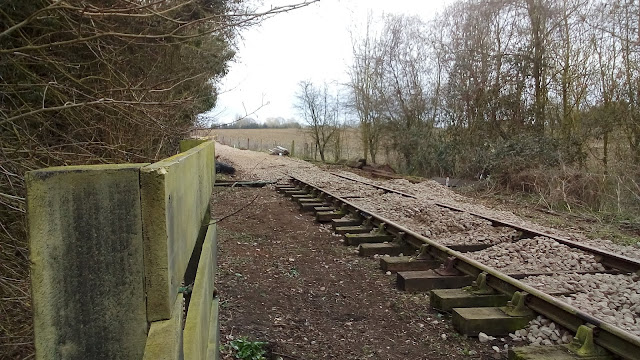 Other machinery I might have been hearing was this, it's a willow cutter 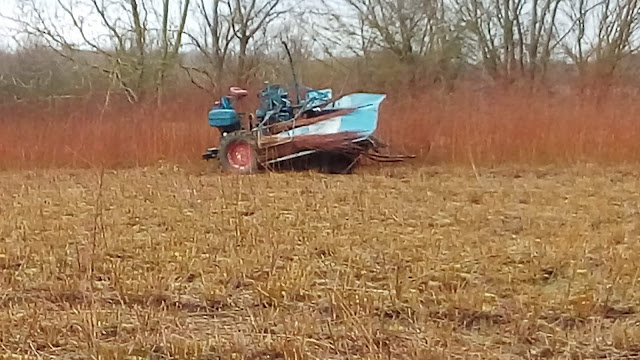 And here are the bundles ready to be collected 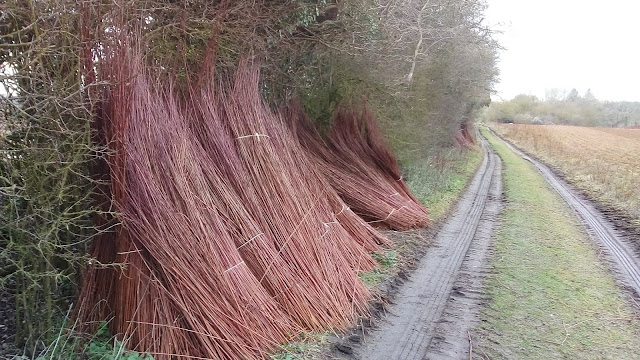 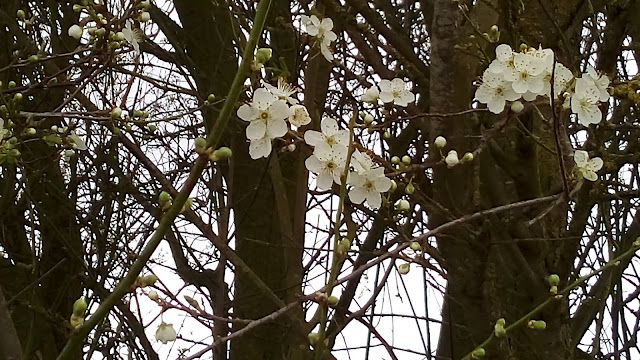 Heading home...........this is the footpath where  boots get caked in mud after rain, and that cream house is my cottage at the end of a lane. 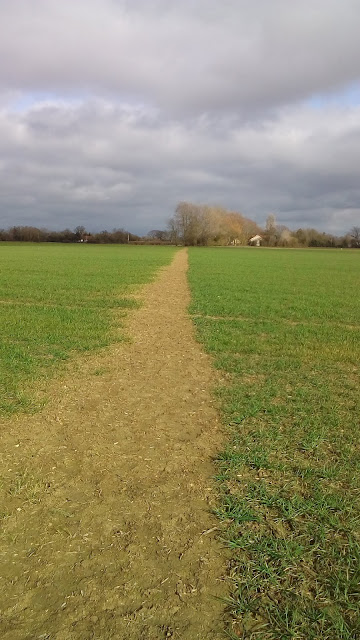 Lovely lot of primroses this year on my meadow, among the new trees. 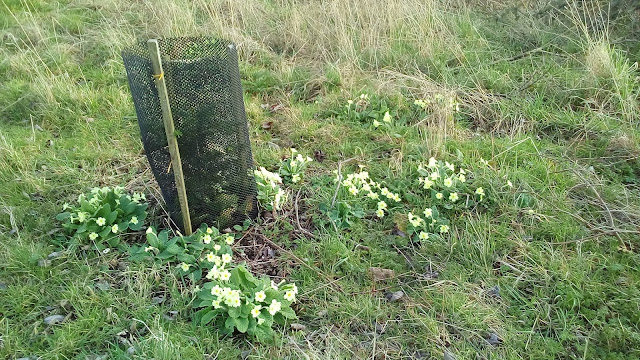 Thank you for all the comments about the random odd blog yesterday.