This is the outside job I decided to tackle last week -  the hottest week of the year so far!

Hedge cutting, a bit at a time early each morning before it got too hot. That meant I could laze about in the heat of the day knowing that a good bit of work had already been done - so no guilt!

Here's part done after day 1, on the right of the front of the house - easy with the electric hedge cutter - it's the clearing up afterwards I hate. After forking up all the cuttings I run the small mower right up against the bottom of the hedge to finish tidying it up. 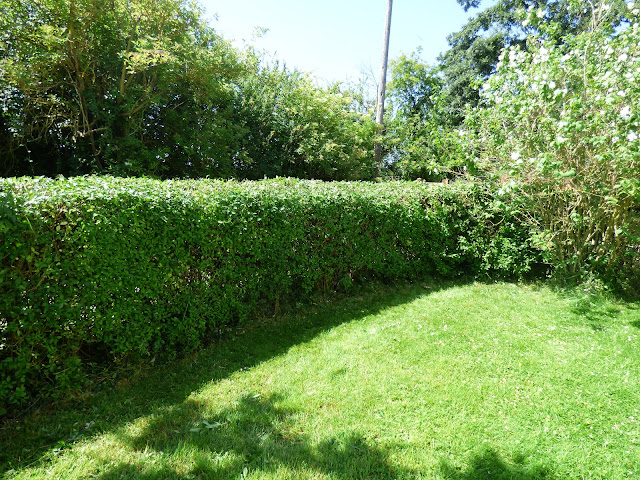 But that still left so much more to do - left hand bit of the hedge at the front of the house. There's one perennial Sweet pea that always appears there at the end of the hedge. 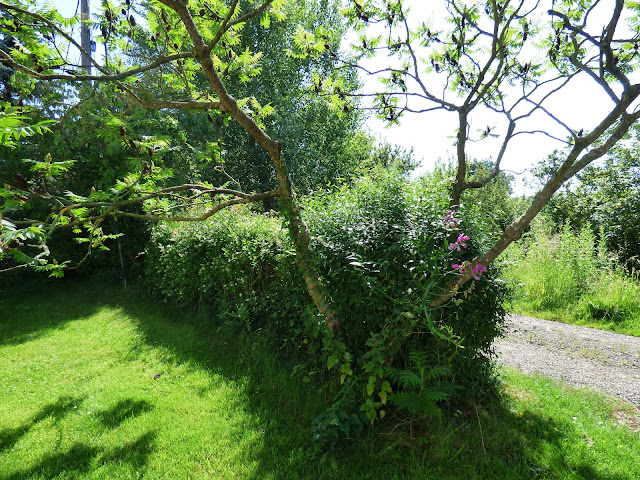 Then all the way up the side and around the top bit between me and next door neighbours, at least I only have to do one side of this greater length as Mr Next Door does the top and their side. Although it's mainly Hawthorn and full of brambles so a pricklier job. 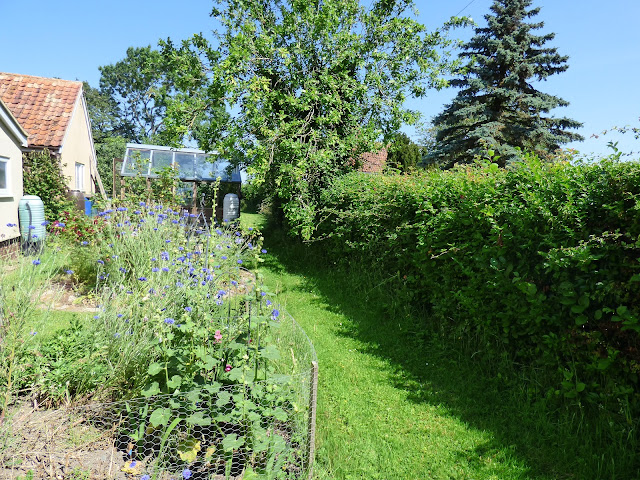 Back Tomorrow
Sue
Posted by Sue in Suffolk at 07:00
Email ThisBlogThis!Share to TwitterShare to FacebookShare to Pinterest
Labels: The Garden