Saying Thank You, Felixstowe and a Look in the Greenhouse

Thank you to everyone for comments about the Bee-Orchids. I love the randomness of how they just pop up one at a time unannounced and still quite rare too.

Yesterday morning early I headed out to see the sea at  Felixstowe - what an adventure! Sadly the A14 is back to being full of trucks and just as busy as it ever was. I met up there with Son, DiL and the two youngest grandchildren for breakfast on the beach and a short paddle. Son took Youngest Granddaughter in the sea and she didn't want to come out saying........ as 2 year old's do............ "I NOT cold" through chattering teeth! There were lots of people there by mid morning - but plenty of room to keep well spaced. I took my camera but for some reason it wouldn't take a photo - hope I haven't got sand in the works. The wind was straight off the North Sea so a bit chilly and we all headed home again by noon. 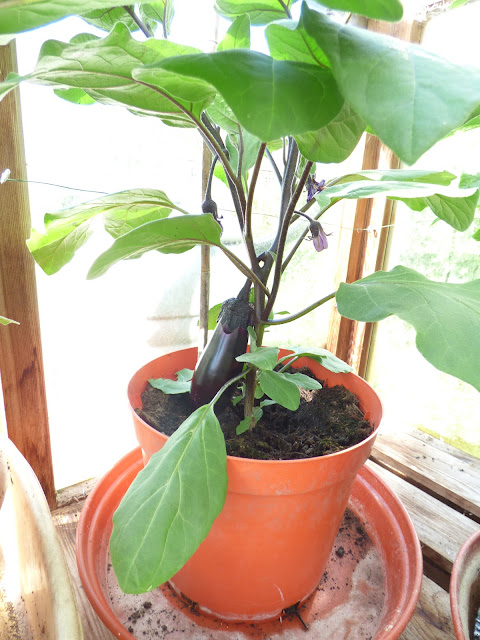 Once again something has gone seriously wrong with my tomato labeling, these are NOT the small yellow plum Ildi that they ought to be! 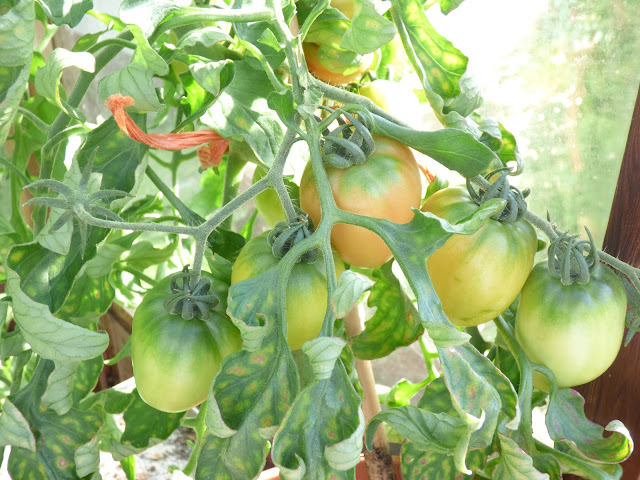 These are definitely red Big Mama! But when you're waiting for your first homegrown tomato of the year then anything will do.

And this is something I've been meaning to try for ages
It's not a tomato plant grown from seed but a pinched out side shoot. 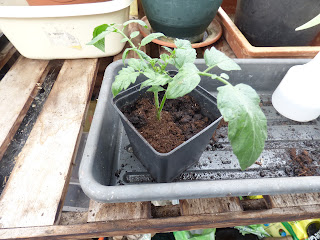 I shoved it in a pot of soil to see if it would root and as it thrived I've just moved it into a bigger pot and if it keeps growing it will go into a much bigger pot and hopefully produce tomatoes well into the late autumn.

Posted by Sue in Suffolk at 07:00
Email ThisBlogThis!Share to TwitterShare to FacebookShare to Pinterest
Labels: Aubergines, Tomatoes