Searching in the Cemetery

Filled an hour last week looking around the cemeteries in Stowmarket.  I decided go and have another search for my Grandad and Grandma's grave (on Mum's side of family) . My Grandad died in around 1967 and Grandma in 1988 and I know I went to Grandmas burial. In 2017 Col and I went there when we first moved back to Mid Suffolk to look for the grave but despite walking up and down then and again last week I still couldn't find it but I do now have the phone number of someone from the council who has records of where people are buried so will try again sometime.

I had no trouble finding this little grave of the Uncle  I never knew as he  died in 1949 at aged just 4, six years before I was born. His name was also Colin and he had Leukemia, no treatments for that in those days. When I was little we often walked here from my Grandmas house to put flowers on the grave. 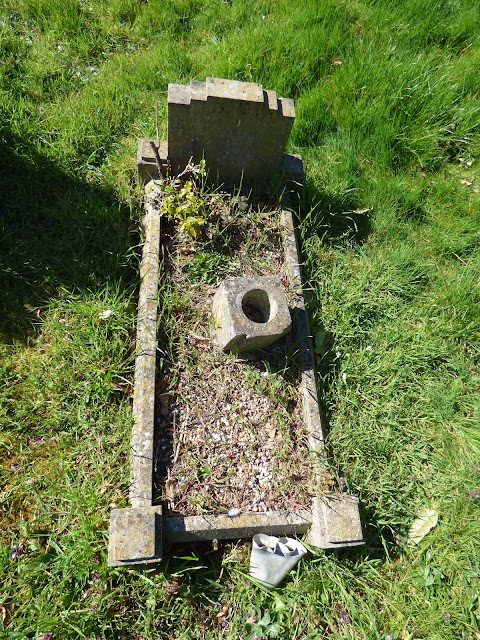 And at the same time we would put flowers on the grave of the Dad I never knew, killed in a motorcycle accident months before I was born. 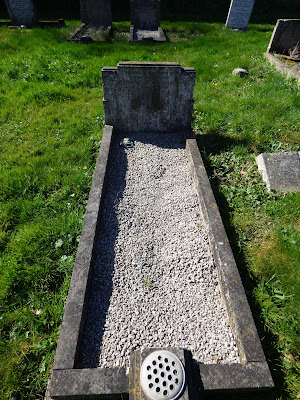 Just a little way from my Dad's grave is the grave of his mother, my Gran who died in 1956 when I was only a few months old. So it really is a cemetery with many family graves.
.

The old cemetery  is across the road from the part where my relatives are buried but we used to take a short cut through it on the way to the newer bit. This older part was opened in 1855 but abandoned and closed in 1901 and I'd not been for 60 years at a guess. It's now maintained by the town council as a urban wildlife area. There was no one about when I looked round except several robins and blackbirds

I knew there was one old chapel in the grounds but surprised to find there are two.... wonder why? 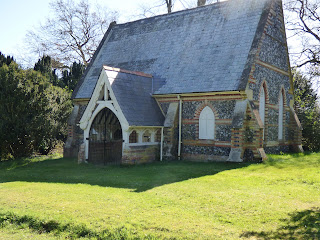 This plaque is on one of the chapels. 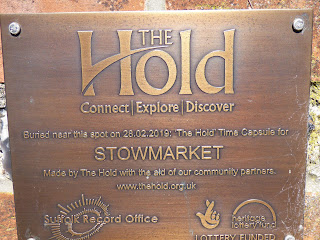 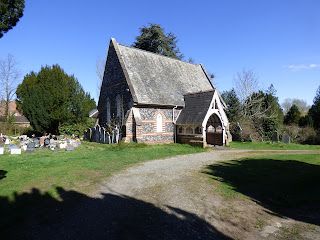 The biggest, most elaborate grave, now almost hidden under ivy. It's for members of the Prentice family, who get another mention in tomorrows post. 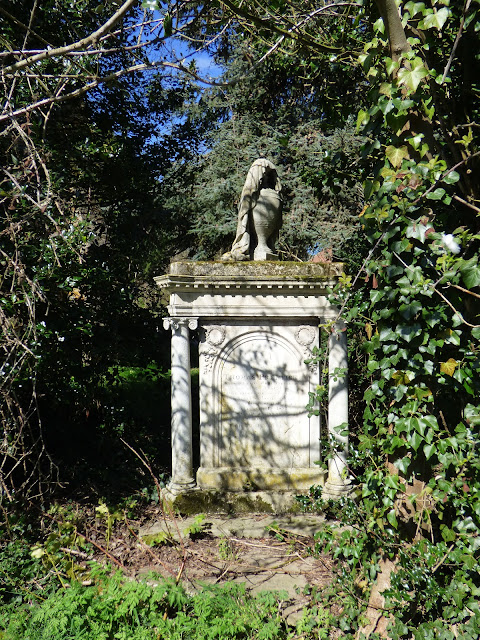 Posted by Sue in Suffolk at 07:00
Email ThisBlogThis!Share to TwitterShare to FacebookShare to Pinterest
Labels: Family, Memories, Stowmarket